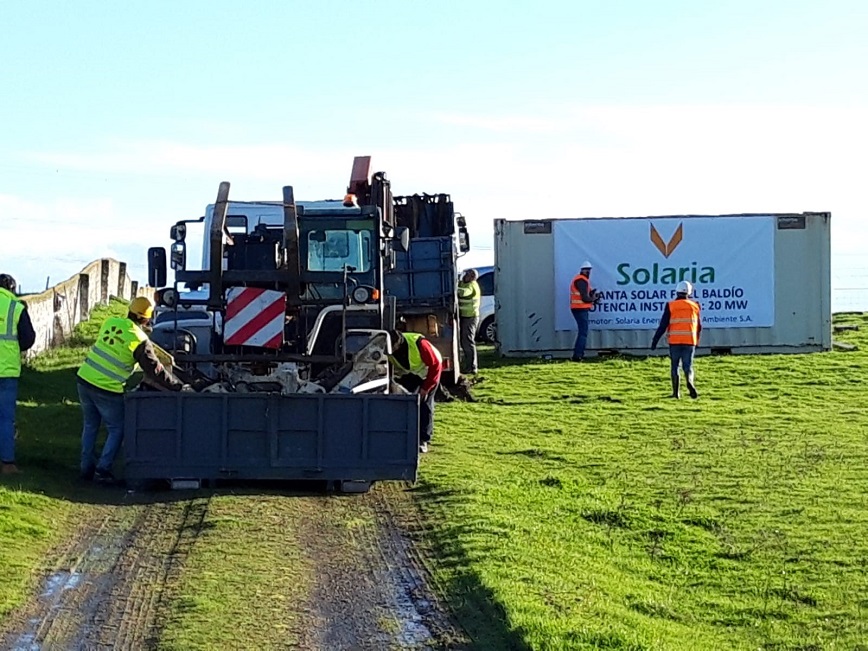 The developer recently shared plans to hit 3.325GW in installed Spanish PV capacity by late 2023, citing a 6.6GW Iberian pipeline it claims to have built solely through internal work.

Solaria explained the first 400MW it started building last year in the provinces of Cáceres, Valladolid, Salamanca, Toledo, Cuenca and Huesca will go live by the end of 2019.

The firm will follow with a second 658MW batch it wants to connect during H1 2020. By December of that year, installed capacity should have reached the 1.375GW mark.

No ‘speculation’ around connection points

Earlier this year, PV representatives urged Spain to crack down on grid market abuse, with claims that linking requests are intentionally delayed to arrange auction-like proceedings.

In a statement this week, Solaria CEO Enrique Díaz-Tejeiro said the firm is staying clear from the ongoing “speculation” with grid connection applications.

“All our projects are proprietary,” he remarked, ”We neither buy nor sell licences, which allows us to be extremely competitive with project execution costs.”

“Our entire pipeline has been internally developed, with enormous work behind the scenes to ensure [projects] are technically and economically feasible,” the CEO added.

All eyes on Spain

Together with Audax, BayWa r.e. and others, Solaria is among those competing for a slice of a buoyant Spanish solar market.

The country has become a byword for subsidy-free potential after years of policy-driven uncertainty, with projects going down the PPA route to unlock revenues.

The IPP is also active beyond its Spanish home turf, with utility-scale projects in Uruguay and separate schemes in Greece and Italy’s Le Marche and Sardinia.

October 22, 2021
The clean energy business of US utility NextEra Energy had a record quarter of origination success in Q3, adding approximately 2,160MW to its backlog, including 515MW of new solar projects.