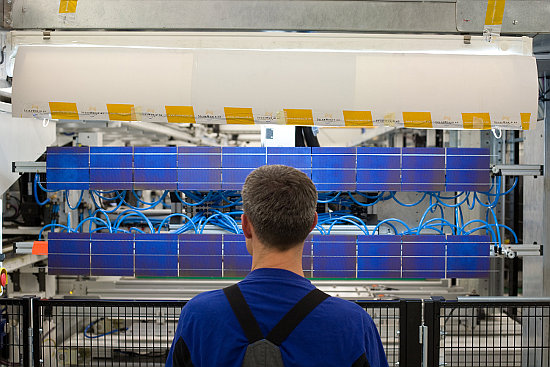 SolarWorld Industries GmbH has taken ownership of SolarWorld AG’s production plants in Saxony and Thuringia as part of the deal struck with the insolvency administrator, Horst Piepenburg.

SolarWorld Industries GmbH is majority owned by former founder and chairman of SolarWorld AG, Dr. Ing. Eh Frank Asbeck and another key investor in the bankrupt firm, Qatar Solar Technologies (QST), which is rumoured to have taken a major shareholding in the recently formed SolarWorld Industries.

QST also has a 50% ownership in specialist PV manufacturing equipment supplier centrotherm International. A subsidiary of the OEM, SiTec was lead technology provider for QST’s recently completed polysilicon plant in Qatar, which had previously signed a polysilicon supply deal with SolarWorld AG.

SolarWorld Industries has approximately 600MW of mono ingot/wafer capacity and 1,000MW of nameplate cell and module capacity in Germany.

According to Horst Piepenburg, a total of 515 former SolarWorld AG employees have officially moved over to SolarWorld Industries GmbH. SolarWorld had a worldwide workforce of around 3,034 at the end of 2016, according to its 2016 annual financial report.

SolarWorld AG had 3,378 employees allocated to its production operations in Germany at the end of 2016.

At the module warehouse and distribution centre in Bonn, 40 employees are moving to SolarWorld Industries GmbH.

Horst Piepenburg also noted that 1,101 former SolarWorld AG employees were in the process of moving to ‘personnel transfer companies’.

The insolvency administrator is now focused on selling SolarWorld AG's shares in the manufacturing and sales operations of SolarWorld Americas in Hillsboro, Oregon and much smaller subsidiaries, Solarparc GmbH and Deutsche Lithium GmbH.