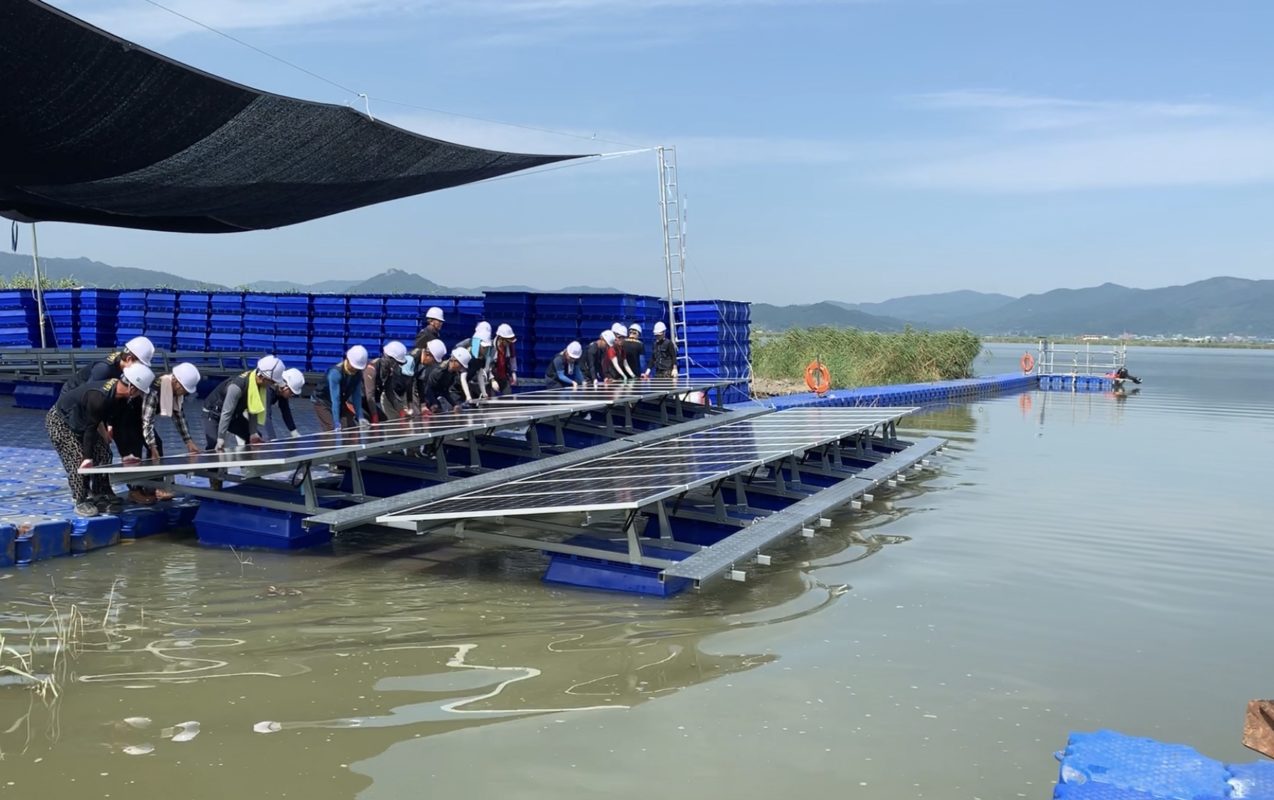 Work is now underway to deliver what is being billed as South Korea’s largest floating solar plant to date, an installation combining steel structures with polyethylene floats.

Earlier this week, Scotra kickstarted construction of a 25MW PV plant on the Namjeong lake in South Korea’s Jeonnam Province, along the country’s southern coast.

The plant – delivered via a deal with South Korean renewable player TOPINFRA – will feature blue polyethylene floats, moored to the lake’s bottom via underwater cabling.

PV modules will be then rolled out atop POSCO's alloy steel structures, which Scotra claims are cheaper than aluminium yet highly resistant to corrosion.

The Namjeong-ho installation is meant to cover 10% of the lake’s 33-hectare surface once fully built, with completion expected next year.

Once up and running, the plant will generate enough solar output to cover the needs of 12,000 households and bring annual CO2 emission savings of 14,000 tonnes, Scotra said.

According to the developer, the 25MW project could once built become the world’s fourth-largest floating PV plant, surpassed only by three sites in China’s Anhui Province.

It could, Scotra added, be the top project of its kind in South Korea itself, overtaking the country’s current record-holder – a 18.7MW up-and-running plant in Gunsan – also deployed by the firm.

The country appears ready to seize the window more decisively, with the government announcing this year a 2.1GW floating scheme by the southwestern coastal dam of Saemangeum.

Founded in the early 2000s, Scotra completed a 500kW floating PV system in the Hapcheon Dam in 2012, following this with similarly sized moves across other South Korean water bodies.

The firm has taken its floating PV business model elsewhere in Asia, wrapping up various plants in Japan and bagging supply deals of around 9MW for Taiwanese schemes.

The developer is also carrying out R&D for 2.5MW of off-shore installations under a scheme run by South Korea’s state, set to cover 2020 through to 2022.

11 October 2022
PV CellTech Extra will be held as a series of live webinars and on-demand sessions on 11-13 October 2022. We'll be taking a slightly further forward-looking view at the technologies and roadmaps for new cell architectures set to dominate mass production during 2023-2025 with special emphasis on the potential timelines for technologies beyond the single-junction cell design, including perovskite and hybrid concepts.
asia, east asia, floating pv, floating solar, korea, scotra, solar pv, south korea