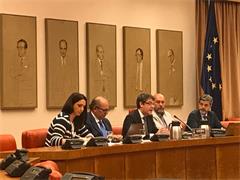 Spain’s next 3GW renewable energy auction has been set for 26 July, having originally been pencilled in for 18 July, according to an announcement by energy minister Álvaro Nadal.

Nadal said that after a successful first tender, which was more than three times oversubscribed, there was clearly strong investor interest in another auction. Wind wiped the floor in the first auction, but new paramters mean that solar PV has a much better chance of succeeding in this forthcoming auction.

The minister also said that projects awarded would be not be given any additional premiums.

In a separate issue, Nadal said there was a need for the legislative proposals of the so-called Winter Package to include measures to increase Spain’s energy interconnection with the rest of Europe, claiming that the energy-related isolation of the Iberian peninsula means reaching the 20% renewables by 2022 target requires more effort.