Spanish solar back in play as temporary construction freeze is lifted 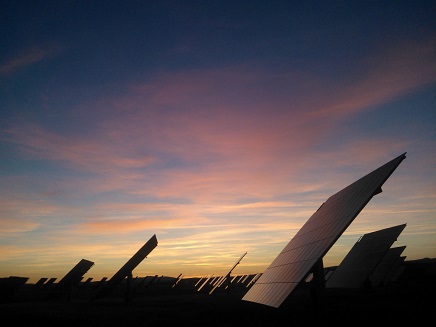 Construction of solar plants in what is seen as one of Europe’s most promising markets has now resumed, following the lifting of lockdown measures that brought work to a halt for over a week.

Sources approached by PV Tech this week confirmed that as of Monday 13 April 2020, the installation of solar new-builds is again allowed and underway in Spain, bringing an end to the 10-day standstill mandated by a decree in late March.

Part of Spain’s COVID-19 response, the freeze of non-essential activities between 30 March 2020 and 9 April 2020 had forced to paralyse the construction of solar projects and the running of solar factories, affecting players from EPCs to manufacturers and self-consumption specialists.

The decision by government president Pedro Sánchez not to prolong the restrictions after the Easter break allowed solar players to return to construction sites this week. Iberdrola, a spokesperson confirmed to PV Tech today, was amongst those resuming work on Monday.

For the utility, the return to action follows its success linking Europe’s self-styled largest solar project – 500MW Núñez de Balboa – to the Spanish grid on 6 April 2020. Previous planning allowed Iberdrola to power up the plant the moment the authorisation came through, the spokesperson said.

For Spanish PV, the revoking of construction restrictions looks set to add more solar generation in the upcoming quarters, following the industry’s strong Q1 2020. The quarter just ended saw the industry break its own generation records in the midst of a national lockdown, official stats show.

Solarpack back to work amid preventive health measures

Whether the permission to restart solar construction will hold in the long-term remains unknown for now. As the sources contacted by this publication note, so far the government has not offered specific guidance as to its next steps with quarantining and lockdown measures.

The solar builders furloughed by Spain for 10 days had received an allowance, equal to the pay they were entitled to, during the confinement period. Under the decree rules, employer and employee must now discuss when and how the lost work hours will be recovered over the rest of the year.

Another operator set to benefit from the lifting of the installation ban is Spanish EPC Solarpack. Contacted by PV Tech last week, the firm with headquarters in the Basque Country had said its plan was to resume work this week, once the decree’s 10-day window expired.

Solarpack – which claims to have commissioned 309MW in Chile, Spain and India in 2019 – said development remains underway across all the territories it is active in, while in-operation assets continue to generate PV power as expected.

“We have adapted to the new situation, adopting remote working worldwide for all office-based staff and those on the ground whose function allows for it: development, engineering, purchases, asset management and support units,” Solarpack’s Javier Arellano said in emailed statements.

Arellano, the firm’s head of investor relations, said the EPC has ramped up preventive health measures across other core functions – construction and maintenance, for the most part – where physical work is unavoidable. “We’re monitoring our employees’ heath continuously,” he added.

This publication has set up a tracker to map out how the COVID-19 pandemic is disrupting solar supply chains worldwide. You can read the latest updates here.

29 November 2022
PV ModuleTech EMEA in Madrid on 29-30 November 2022 will address the factors underpinning the changing PV module landscape, gathering together all the key stakeholders across the value-chain from module production to field testing. Join us for presentations from the leading players in the sector, clearly identifying the opportunities and challenges set to impact module supply to Europe and the Middle-East over the next few years.
coronavirus, covid-19, europe, iberdrola, largescale2020, lss2020, núñez de balboa, o&m, pv power plants, solarpack, southern europe, spain