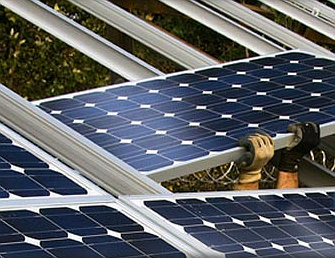 SPI Energy noted that the first payment made was around RMB 20 million (US$2.9 million), towards partial payment of the accrued renewable energy tariff period till April 2015 for a 10MW plant located in Gonghe County, Qinghai Province.

Xiaofeng Peng, Chairman and Chief Executive Officer of the SPI Energy, commented, “With continuous efforts from the Chinese government to optimize energy structure, including policy initiatives and subsidies to promote the use of renewable energy in the coming years, owning high quality solar power plant projects in China eligible for tariff subsidies remains an attractive value proposition for the Company as we continue to explore opportunities for the investment, development and cooperation of high quality solar projects both in China and globally for the best interest of our shareholders. We expect the Gonghe Plant to receive future subsidies payable on a regular basis according to the Catalogue so long as it continues to meet the Catalogue's eligibility requirements.”

The Gonghe Plant was successfully registered into the sixth batch of the Renewable Energy Tariff Subsidy Catalogue, which was issued by the Ministry of Finance, National Development and Reform Commission and National Energy Administration and released on 23 September 2016.

Other China-based PV energy producers such as United Photovoltaics had also started receiving payments after a long wait.