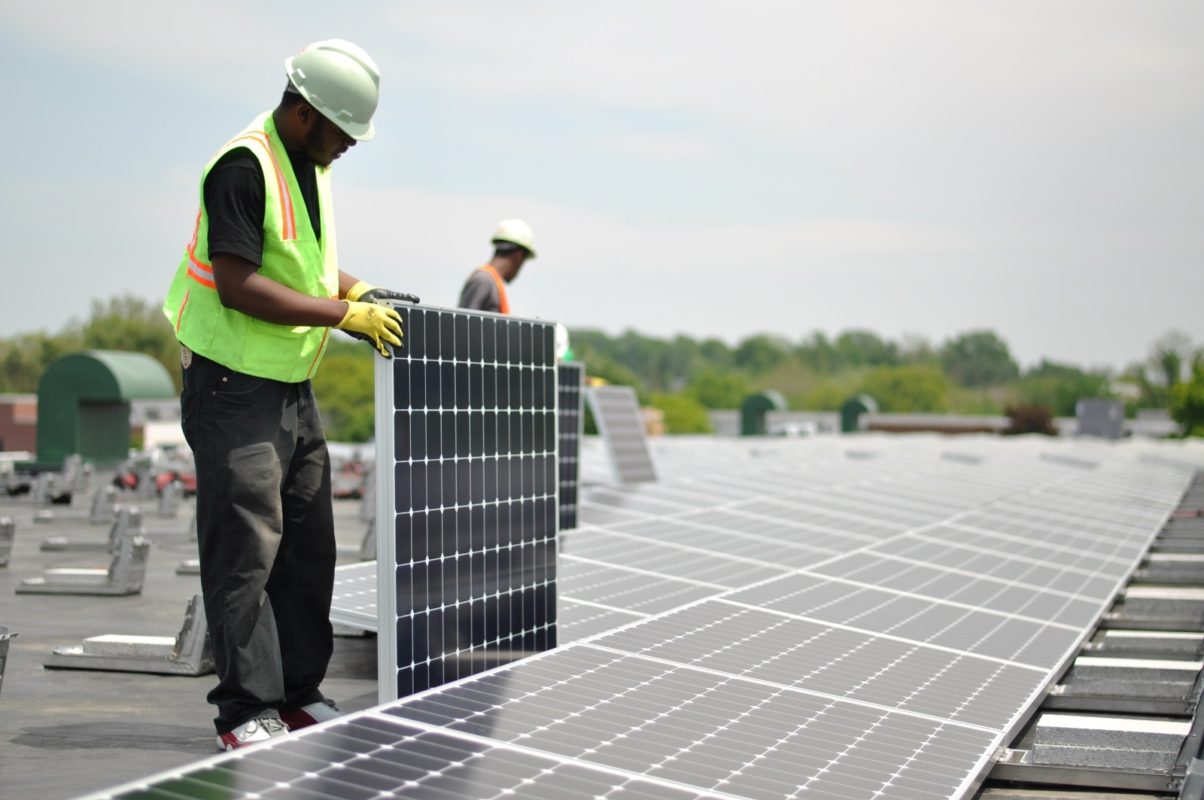 US distributed solar and storage firm SunPower has joined the ranks of US installers to bounce back from a COVID hit Q2, while raising its guidance for the full year.

Reporting its Q3 performance yesterday – SunPower’s first since its solar manufacturing business unit SunPower Technologies was spun out as a separate entity dubbed Maxeon – SunPower reported total Q3 revenue from its development arms of US$274.8 million. 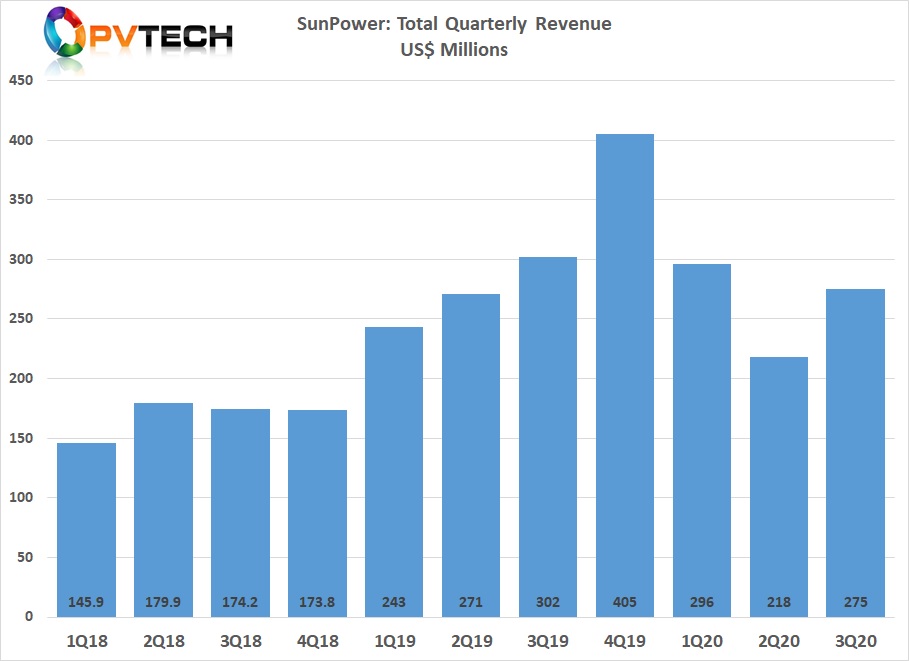 The performance constituted a strong rebound from the business units’ performance in the second quarter, when revenue slipped to US$217.7 million, leading to a loss of US$4.3 million.

SunPower recorded more than 10,500 new customers in the reporting period, while its backlog stands at more than 50,000 customers – a new record for the company.

The company’s pivot to online and virtual sales platforms has also proved fruitful, with more than 85% of new customers having originated from that channel in the three months ended 30 September 2020.

That has also contributed to a significant increase in the company’s gross margin per watt installed. In Q3 2019 SunPower’s gross margin stood at US$0.18/W, however this has nearly doubled to US$0.34/W.

But SunPower has yet to recover fully from the pandemic, with results still down year-on-year. In Q3 2019, the company installed some 124MW of distributed solar, leading to adjusted earnings of US$25.1 million. In Q3 2020, around 108MW was installed, resulting in adjusted earnings coming in at US$8.6 million. Of that 108MW figure, around 88MW was listed within its 'Residential & Light Commercial' category, which only contains installations in North America, with roughly 66MW of that figure being strictly residential. By means of comparison, Tesla's Q3 2020 residential solar installs stood at approximately 57MW, as it too recorded a comeback from Q2's record-low showing. 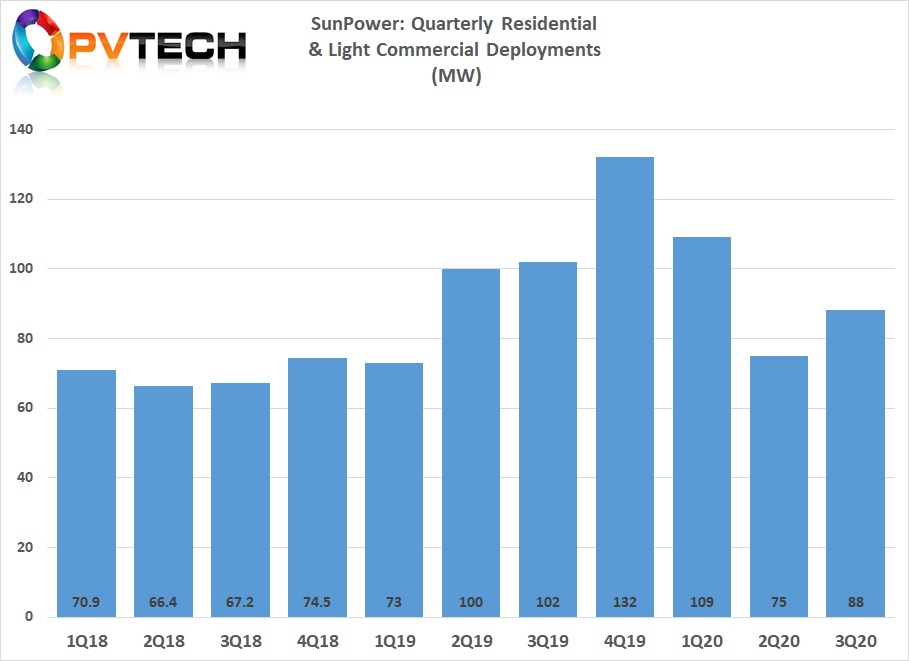 The performance was, however, enough to beat previous guidance for installs, withdrawn in March as the pandemic started to take hold.

SunPower has now reinstated its Q4 and full-year guidance, raising it on the back of a resurgent US residential market, as evidenced elsewhere this week. The company is now forecasting to install between 465 and 515MW of solar this year, resulting in revenue in the region of US$1.12 to US$1.16 billion, having previously forecasted for a top-end performance of US$1.1 billion.

Tom Werner, CEO and chairman of the board at SunPower, said the “solid” third quarter performance reflected the “strong demand” seen in both its residential and commercial markets.