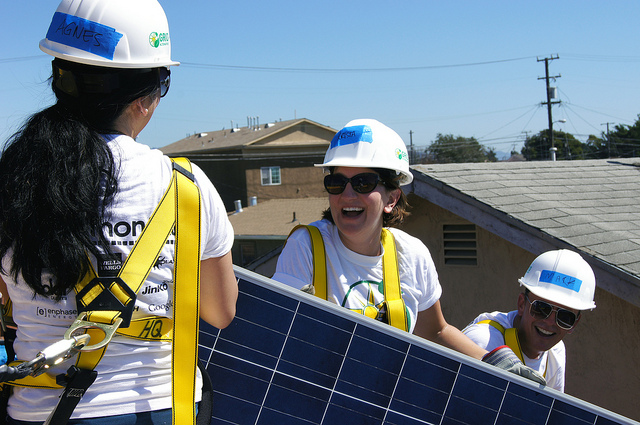 Sunrun, the largest dedicated residential solar company in the US, announced this week that it is expanding its home solar business to Texas, one of the sunniest and most populous states in the county.

This net metering deal stands as the first time that a retail provider and solar company have bundled a 20-year net metering guarantee.

Sunrun will offer Texas homeowners the option to purchase their solar system, lease, or finance it through a third party loan arranged by Sunrun.

Lynn Jurich, chief executive officer of Sunrun, said: “Solar is a win-win for Texas. Texas homeowners benefit from solar costs being at an all-time low giving them greater control over their energy and all Texans win from solar energy’s ability to contribute to the grid clean renewable energy when temperatures are at their highest and so is demand for energy.

“We look forward to working with Think Energy by ENGIE to give Texas homeowners a choice to better control their electric bills and demonstrate the value of distributed energy resources in meeting Texas’ energy infrastructure needs.”

Sunrun is now available to homeowners in Houston and surrounding areas, with plans to expand to other cities in Texas over the coming months.

After expanding into Texas, Sunrun is now available in 19 states.

Sunrun has been under fire recently following allegations around the manipulation of sales data.

6 October 2021
The future is bright for a new era of US solar and storage, and the 8th annual Solar & Storage Finance Summit will provide opportunities to discuss solutions to the industry’s challenges and provide a networking platform designed to bring together the top minds in the industry to do business. With a mix of high-level, informative presentations and panels, a stellar cast of speakers and audience members with deal-making capacity, the 2021 edition of the event will be a sell-out success.
ssfusa, sunrun, texas, us, usa