Suntech backs meteocontrol link-up to flourish in the Middle East 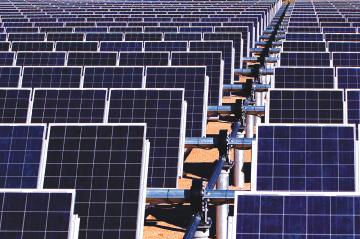 Suntech is backing the combination of high-efficiency panels with the service offering of sister company meteocontrol to gain traction in the Middle East.

Speaking to PV Tech at the World Future Energy Summit in January, Vincent Cao, VP for global sales at Suntech, said the company had established distributor networks throughout the region, taking aim specifically at markets including Saudi Arabia, Qatar, Oman, Jordan and Bahrain.

This has contributed towards the firm collaborating with a number of independent power providers in the region, laying a “solid foundation” for Suntech in the Middle East, Cao said.

Bifacial panels have predictably emerged as the module of choice in the region, with those using larger area, 166mm square solar cells, of particular interest in recent tenders.

Meteocontrol, a provider of professional Solar PV monitoring and control solutions, has already established a presence in the region having launched an office in Dubai in January this year, which Suntech said would elevate its product range.

Suntech said it shipped more than 4GW of PV modules in 2019. This was followed just by an agreement, signed just prior to the end of the year, to open a new 5GW solar module facility in Yangzhou, slated to be completed later this year. Half-cell, bifacial, multi busbar and large-format cell lines will all feature at the new facility.