Suntech Power to pay US$5 million in federal case 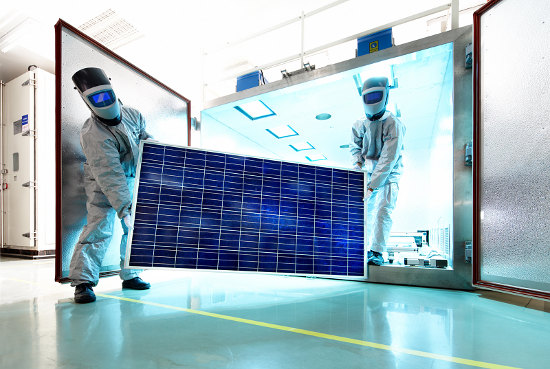 Chinese PV panel manufacturer Suntech Power will have to pay US$5 million in order to settle a federal class action lawsuit that accuses the company of withholding lackluster financial news from its shareholders.

The final ruling on the case was issued by United States District Judge Richard Seeborg on February 12, 2016.

Lead plaintiff Scott Bruce first filed the suit in 2012, claiming that Suntech Power Holdings and its CEO, Zhengrong Shi, did not divulge to shareholders about US$700 million in German government bonds that were pledged as part of a loan guarantee.

Bruce alleged that Shi and Suntech Power knew that bonds pledged by Global Solar Fund Capital were fabricated, causing the company’s share prices to drop by 15% on July 30, 2012.

Both parties signed off on a settlement deal on August 14, 2015.

In his court order, Seeborg noted: “[Suntech] has agreed to pay or cause to be paid $5,000,000 in cash for the benefit of the class. … The court finds that the proposed plan of allocation is fair, just, reasonable and adequate and is finally approved in all respects.”