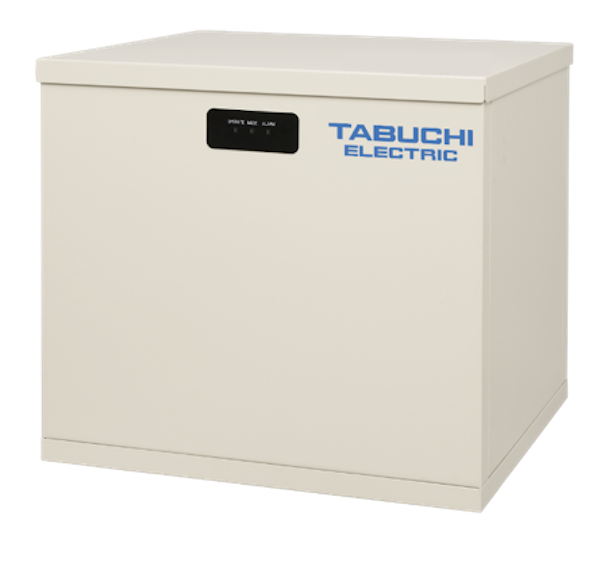 A company offering solar-plus-storage systems for the residential market has introduced a set of controls that allow consumers in the US to adapt to utility rates and legislative changes with the flick of a switch.

Tabuchi America, a subsidiary of Osaka, Japan-headquartered solar inverter firm Tabuchi Electric, launched its adjustable controls for its home PV and stroage units with a focus on allowing consumers to choose one of four options to best meet the requirements of the local policy environment, whether for backup power or maximising self-consumption.

The firm claimed the level of control offered is “unprecedented” and can save customers up to 55% on their energy bills.

Daniel Hill, director of sales and marketing at Tabuchi Electric, told PV Tech that Tabuchi has already sold thousands of units in Japan, where utilities tend have very different tariffs – adding: “Coming into the US, we saw that things vary pretty dramatically based on how much solar has been installed in a certain area.”

At present the four modes of the controls are based on different regional environments and the firm expects increasing numbers of states to adopt a variety of tariffs and that is where the new controls come into their own by offering flexibility. Consumers change the modes of controls themselves.

Hill said: “You think about 20 or 25-year ownership for this system and its very hard to predict what’s going to happen in the future, so you do want to make sure that the homeowner can change the modes based on the tariffs that are changing in front of us.”

Examples of policy changes include California moving to NEM 2.0 where higher rates may be moved toward the end of the day when solar cannot help as much as a battery, said Hill. Meanwhile, demand charges may be brought in to Arizona where again solar will struggle to add value at the same level as batteries.

Hill said right now the Peak Protector mode would suit Arizona where he expects demand charges to stay for some time. Elsewhere, customers in Hawaii could find the Green Pioneer suitable as the market pushes for more self-consumption and exporting to the grid.

Moreover, if a consumer knows there is a storm coming, they can then move the system into the Backup Power mode so the battery is charged at all times ready for a blackout.

Hill also said that a major focus for the product was ease of installation, claiming that the homeowner can easily programme the system. The all-in-one product also offers efficiency advantages over some systems that offer separate batteries and inverters from different companies, Hill claimed.

Just last month, Tabuchi also netted US$300 million for its 20-year loan and lease programme known as GeoSmart SolPower. The not-for-profit Electric & Gas Industries Association (EGIA) offered the financing for this programme. Loan term options are available for 10, 12, 15 or 20 years across multiple US states.