TAIWAN ROUND UP: December and full-year sales for SAS, GET, Motech, Gintech, NSP, E-Ton and Solartec

Taiwan-headquartered integrated PV manufacturer Sino-American Silicon (SAS) has reported a major increase in December revenue, due to the inclusion of sales by recently acquired SunEdison Semiconductor.

Consolidated revenue for 2016 was reported to be a new record of NT$31.6 billion, while unaudited revenue of SAS’s solar business was put at NT$13.2 billion (US$410 million).

SAS noted that it planned to aggressively expand investment in its downstream PV power plant business both in Taiwan and other unspecified countries in 2017, which would be supported by using its in-house high efficiency wafers, cells and modules.

SAS also noted that mono solar cells that recently started production at its subsidiary, aleo Sunrise in Germany would be also be increasingly shipped to customers in the US. 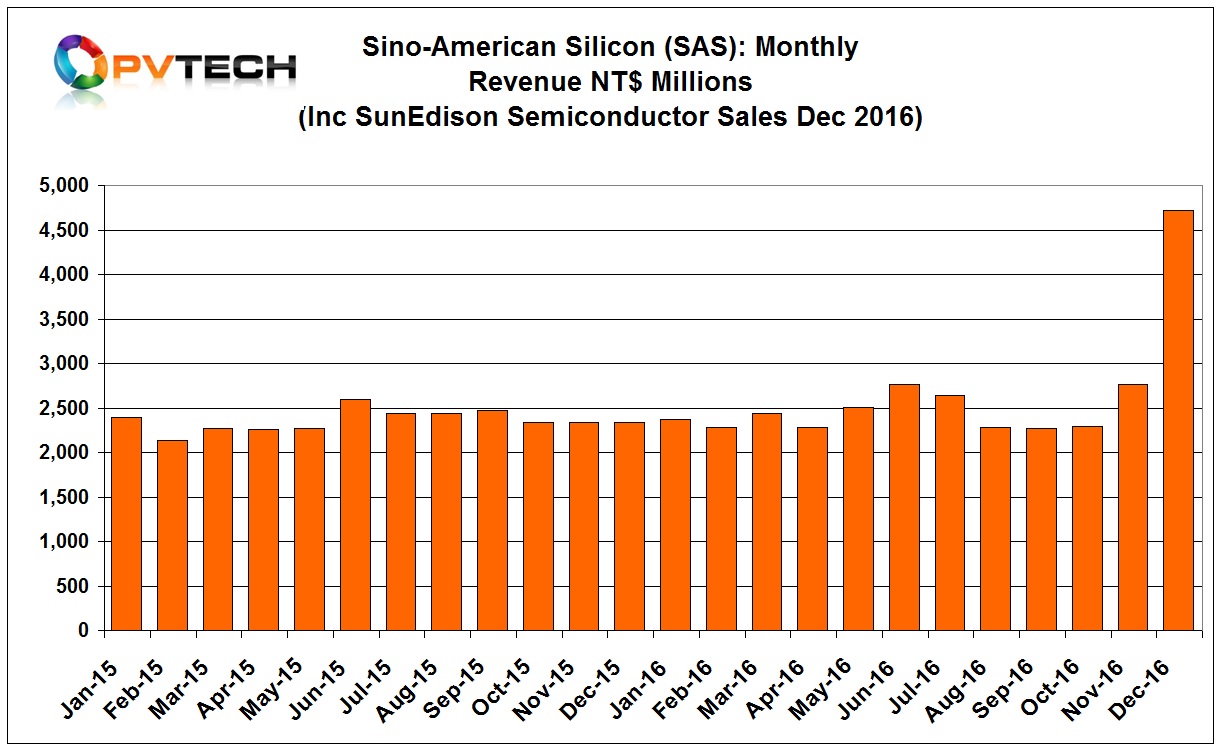 Multicrystalline wafer producer Green Energy Technology (GET) reported a major decrease in December sales, due to a significant reduction in outsourced wafer capacity from third-parties as the company retained high in-house production utilisation rates of over 90%, according to the company.

GET noted that wafer ASP’s declined only slightly in the last month of the year and was planning on aggressively introducing advanced high-efficiency wafers in 2017 as well as focus more on expanding its PV module supply business in partnership with Gintung. 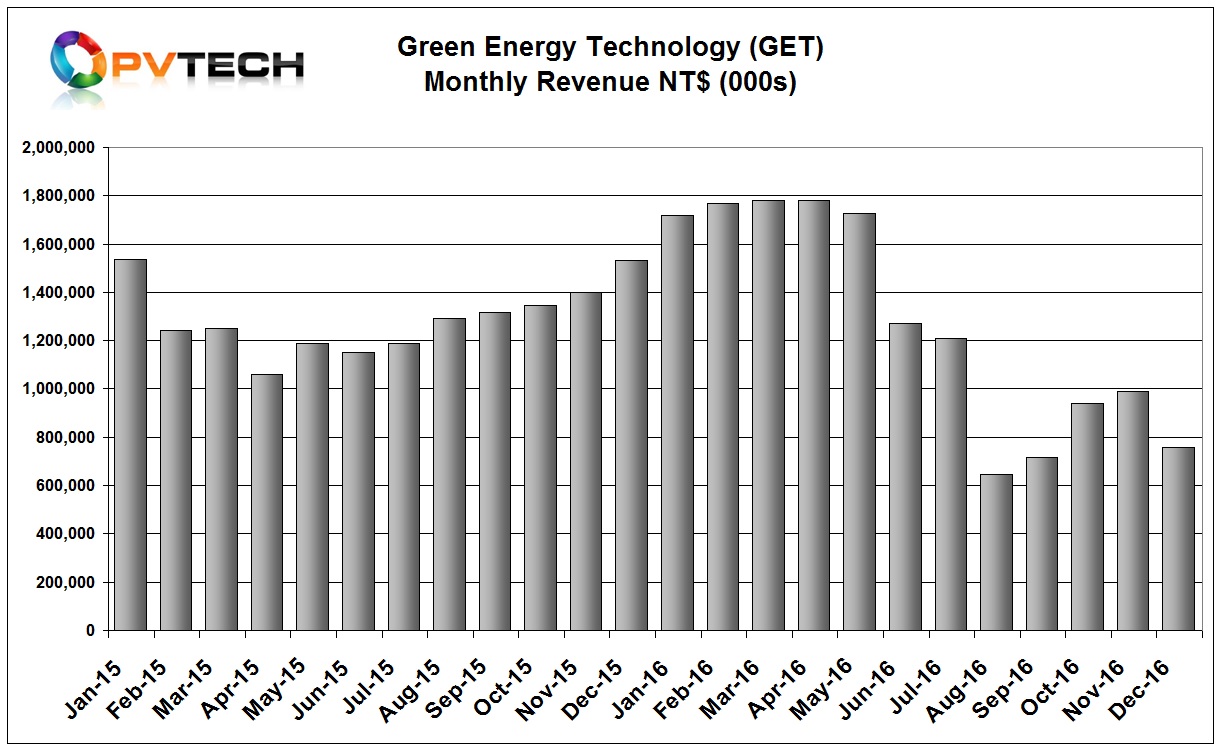 Merchant solar cell and module producer Gintech Energy ended the year with strong sales, up over 45% from the previous month, although still below levels set in the first half of 2016. 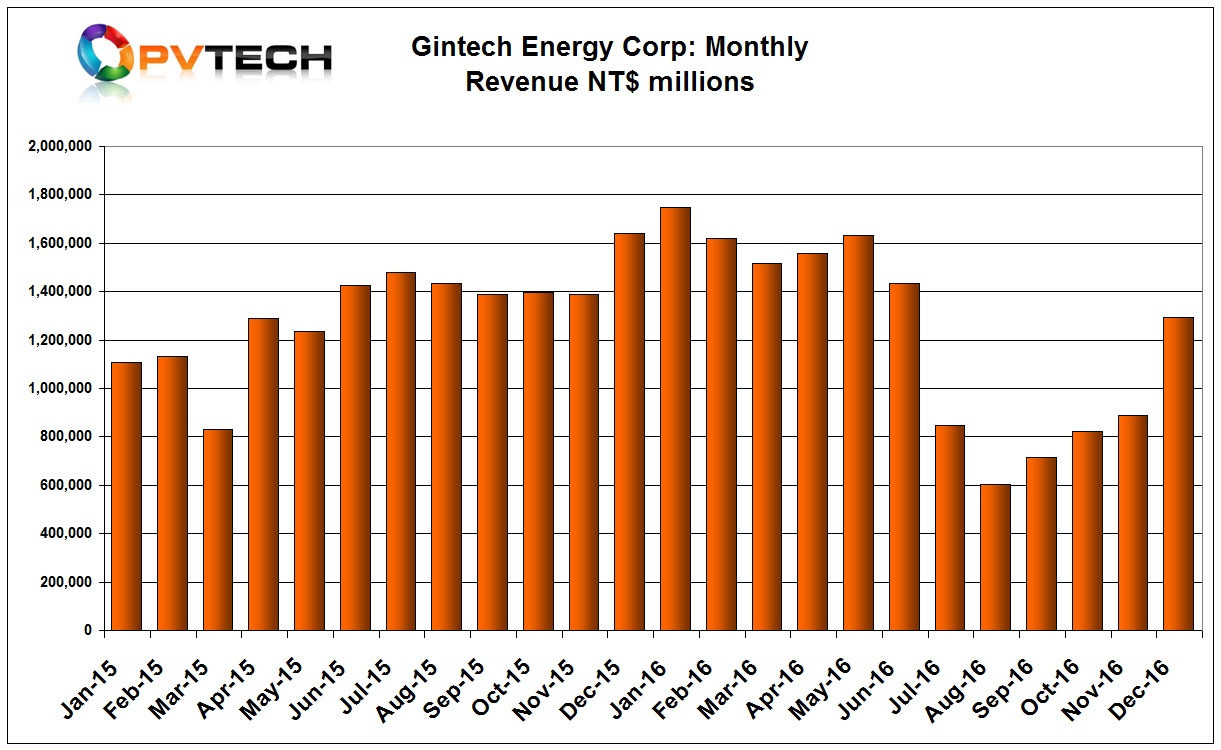 PV manufacturer Motech Industries reported flat month-on-month sales in December after recovering from a September low point in the year. 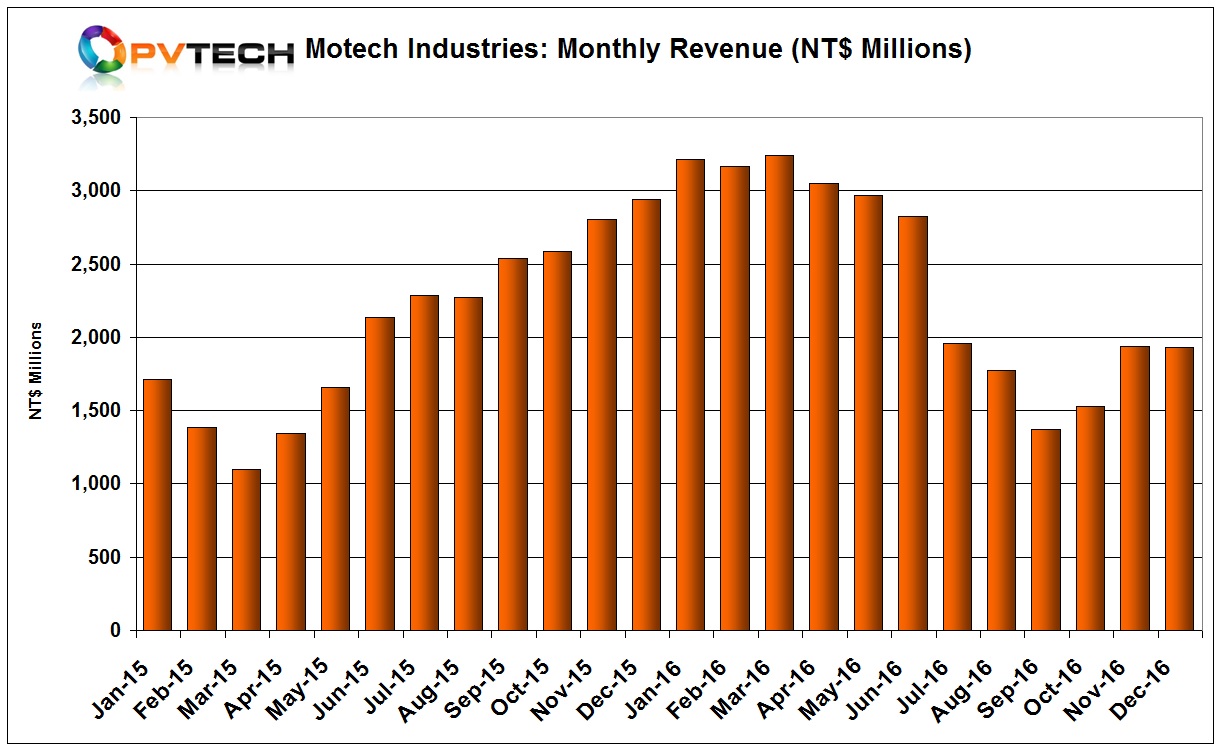 Taiwan-based merchant cell and module producer Neo Solar Power (NSP) reported a rebound of sorts in December sales, after an unexpected slump in November sales, due to deferred customer orders. 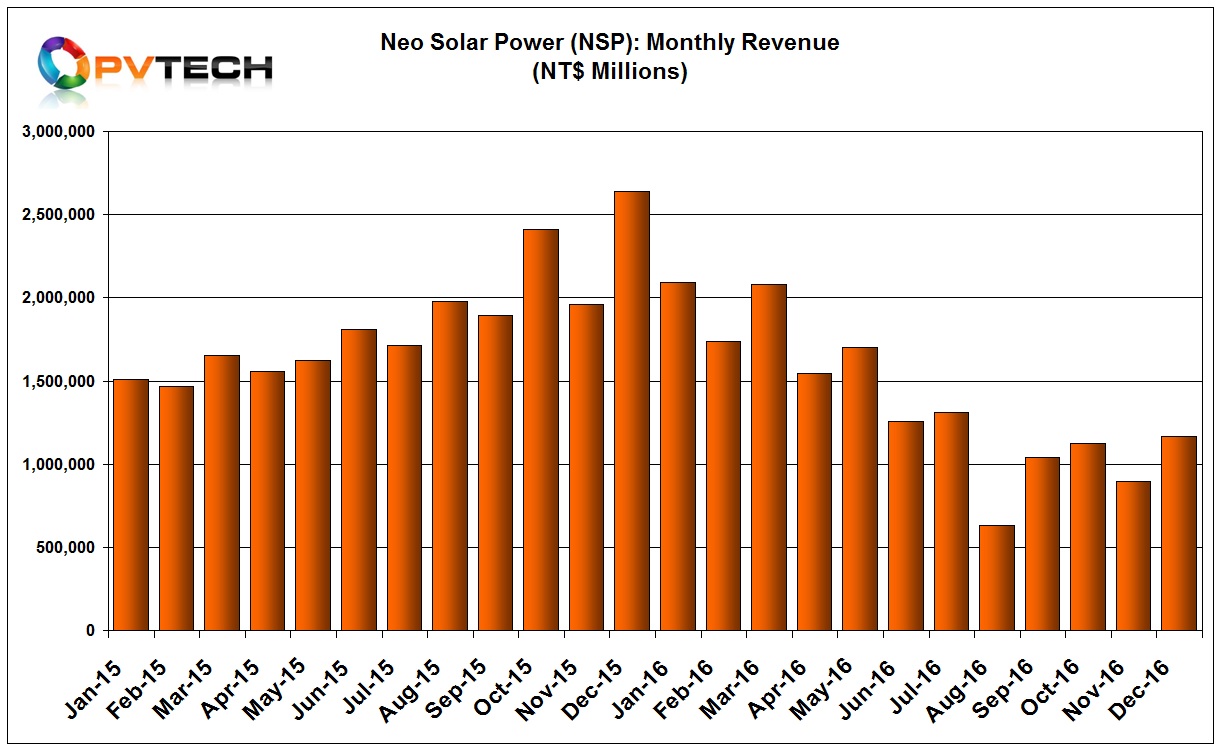 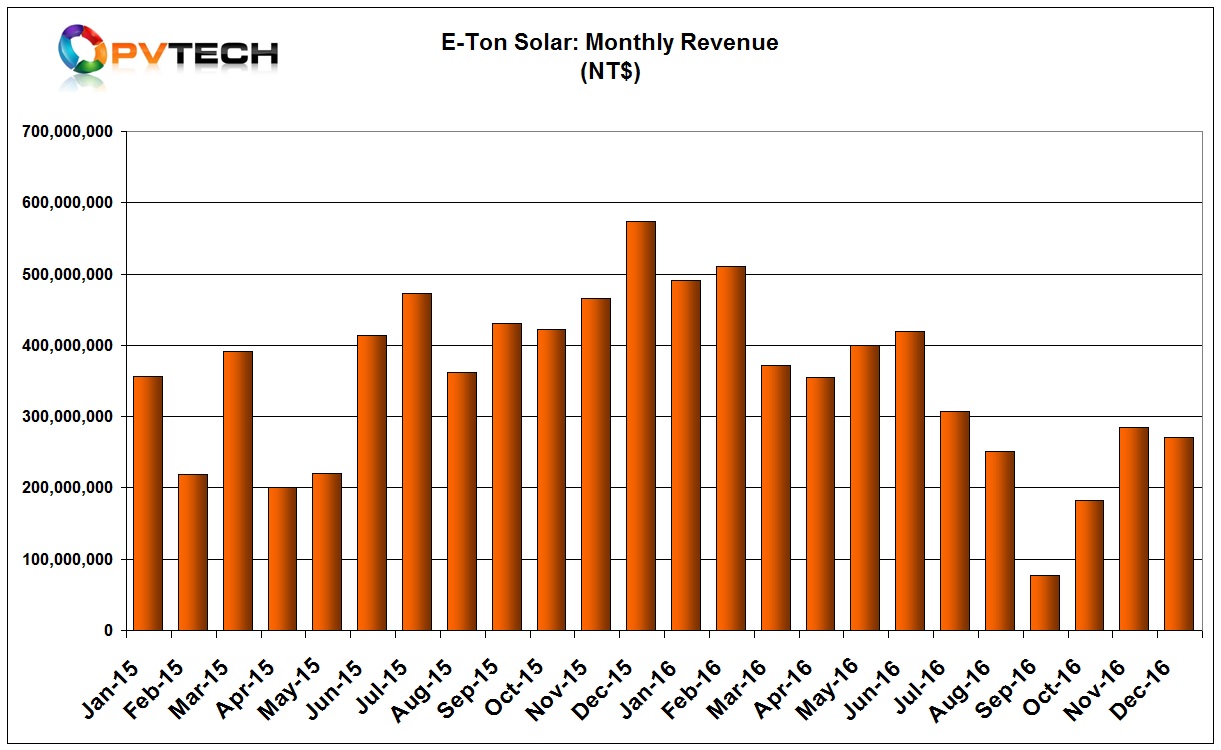 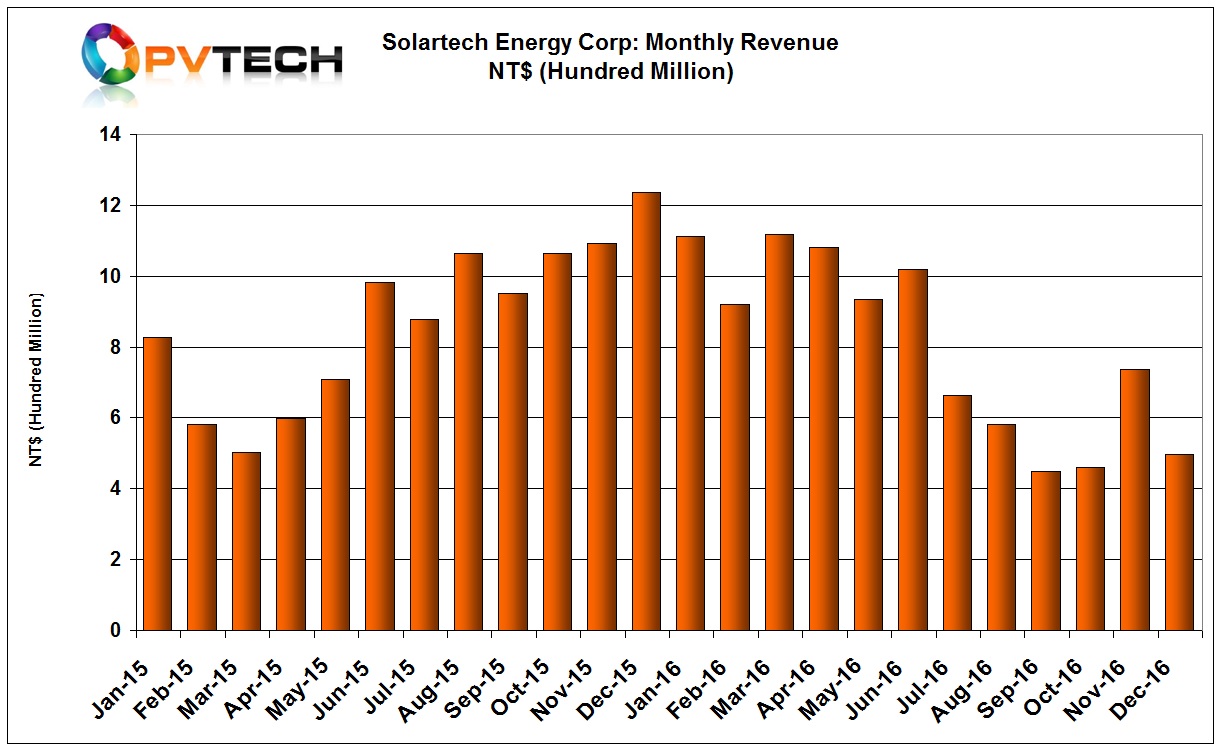