Taiwan solar 2.0: a rare case of government truly aligned with the domestic sector 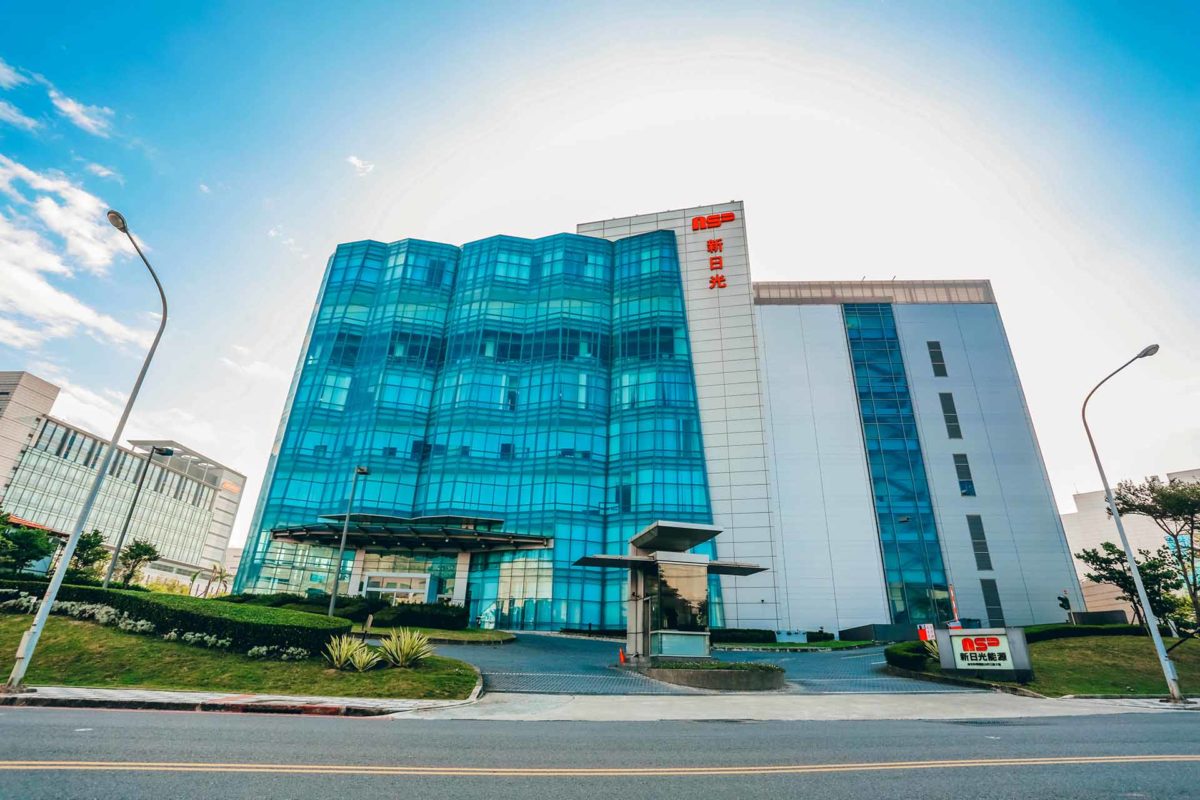 For all intents and purposes, 2018 may be remembered as the year that Taiwanese solar manufacturing moved from its former cell-making glory days of the past (Taiwan solar 1.0) to adjust to the new reality as defined by China’s bulldozing annihilation of cash-struck overseas manufacturing regions in recent times.

What is now unfolding is a wholesale rearrangement of manufacturing, from c-Si ingot to module assembly, on the island (which will see the emergence of altogether new priorities and business directions), marking the start of what can be called Taiwan solar 2.0 going forward.

This article discusses the general factors that have led to Taiwan solar 2.0, and what this may look like going into 2019, and captures many discussions during the first two days (19-20 September 2018) of the rebranded 2018 Energy Taiwan (incorporating the former PV Taiwan Show, and co-located with the country’s Circular Economy Taiwan event), held at the Nangang Exhibition Center in Taipei.

Crucially, the article seeks to explain clearly and simply why Taiwan solar 2.0 exists purely to support domestic solar activities, and how the continued impact from mainland China is trying to be sidelined to enable stability for the ailing PV manufacturing segment in Taiwan.

Ten years ago, Taiwan cell manufacturing was widely considered to be professionally operated, processing-savvy, and quality-output guaranteed. Initial learning from European turn-key lines provided the basis for gradual capacity expansions, with the choice of p-type multi fully aligned with the optimum cost/performance structure needed at the time for module assembly.

As multi nudged up in efficiency terms, multi busbar forming was dutifully undertaken. And if market opportunities arose, p-type lines could be quickly flipped from multi to mono and then back again at ease.
Cue EU and US anti-dumping, the rise of the Chinese pure-play entrants, and the LONGi-mono effect, and what then emerged was a multi-year phase of loss-making and head-scratching. Right up until the middle of 2018, this largely summarized the Taiwan cell scene, with a few exceptions outlined now.

The one company however that changed its strategy was Neo Solar Power, both in its early-adopter move to fully embrace p-mono PERC and implementing n-type pilot-line operations, but also through its downstream projects business that was in some respects following the successful trend most evident in the business model of Canadian Solar.

As of today, NSP is one of three companies in Taiwan that has made the full transition from p-multi to 100% p-mono PERC cell capacity in operation.

Another company that deviated from the Taiwan cell-making model was of course AU Optronics (AUO). With a different corporate culture, parent company operations in flat-panel that could easily buffer against quarterly solar-inflicted cash-flow cycles, AUO has already amassed a range of upstream supply arrangements across Japan and Malaysia, largely independent of domestic c-Si manufacturing in Taiwan.

AUO also went one stage further in doing what no other Taiwan company had been motivated to do, or had the cash to do, in establishing a working arrangement with a leading US solar company with state-of-the-art production facilities in Southeast Asia (SunPower). The AUO/SunPower relationship was soon to dissolve however, and is now firmly in the solar history books.

Aside also from the domestic cell activity in Taiwan, multi ingot/wafer production was firmly established. Again – just like cell production – for a few years, Taiwan led the way with process-related improvements to multi casting and the quality of the bricks produced was the envy of every multi producer in China.

However, China caught up and GCL-Poly’s sheer economy-of-scale then set new manufacturing metrics (in particular cost) that nobody anywhere outside China could come close to matching. Today, ingot/wafering in Taiwan is a shadow of its former self, with more on this in the next Taiwan-solar blog on PV-Tech in the coming days.

China 531 impacted Taiwan, as it did the entire multi-based production segment globally in particular. But China 531 simply fast-tracked the inevitability, and forced companies to make the hard decisions in Taiwan that they had largely put off for years.

It is therefore no surprise that the general mood at PV Taiwan this year was one of deflation and an acceptance of defeat, but thankfully there is a silver lining on hand, due entirely to the way in which the manufacturing community as a whole is embedded within government strategy, support and direction.

This is now outlined below, and frames the basis of there being a Taiwan solar 2.0, as opposed to the worse-case scenario of Taiwan merely ending up another Japan-PV case-study of inevitable decline to the point of extinction.

The government comes to the rescue

To state simply that governments create trading landscapes to help local manufacturing is both obvious and misleading at the same time. Simply confining the statement to the solar industry, we can see that often government actions are more about political manoeuvring, bravado, and short-term soundbites to aid upcoming election prospects.

The later (more cynical) comments above can certainly not be levelled at Taiwan, when it comes to the actions of the government in the past 12 months. To fully understand this, you need to realise the role of Taiwan globally in high-tech manufacturing, and just how this has evolved over decades as one of the most successful manufacturing strategies that emerged in the post-Japan consumer electronics years.

In order to move from Taiwan 1.0 to 2.0, two key things were required. First, a long-term stable government policy for solar deployment in Taiwan had to be put in place. Not a quick-and-dirty round of reverse auctions, but a long-term government-backed policy.

Second, the manufacturers had to rationalise, both by shuttering fabs that were uncompetitive and merging where needed to create fewer companies with greater chances of profits moving forward. Furthermore, the modus operandi had to move quickly from merchant cell producer to flexible power plant enabler.

The last point here perhaps explains why the company most calling the shots in Taiwan solar 2.0 is Neo Solar Power (operating now however as the dominant player in the newly formed United Renewable Energy entity).

The above all sounds good so far, but one thing is missing. How do you stop Chinese module suppliers entering the Taiwan market and taking all the business away from the Taiwan companies?

Keeping the China SMSL module suppliers away from dominating a domestic market has pre-occupied the solar media outlets over the past few years, and will continue to do so for the foreseeable future.

Most efforts to do this end up with mass confusion, in-fighting between upstream and downstream industry stakeholders, and promote international anger and finger-pointing that ultimately benefits no-one.

Therefore, it is all the more commendable that Taiwan has almost below-the-radar, put in place a remarkably simple process that should enable Taiwan companies to benefit fully from the additional 17GW of solar that will almost certainly be deployed between now and 2025. I will explain now how this is done.

For projects to qualify for the (not insignificant) top-up FIT incentive rate, modules used must receive local certification. While this is par-for-the-course anywhere in the world, in Taiwan the certification requires a factory audit that appears to be confined to Taiwan only. In effect, you must make the modules in Taiwan.

There are possibly some flaws however. Cells can still come from China, and this is a looming threat still that hangs over the cell capacity that remains operational in Taiwan today. And there is nothing stopping Chinese companies setting up module lines in Taiwan, with one of the SMSL having already done this in 2018.

But given that everyone in Taiwan knows the end-goal of the policies, and there is a collective bonding (or security-in-numbers) in Taiwan that is rarely seen in any other country, the preference for Taiwan-companies making Taiwan-modules for Taiwan-projects is possibly the overarching safety net that keeps the local-market for local-players.

Contrast this today with India, where they would love to have this type of solar industry landscape, but are confronted by no end of barriers that make it a near-impossible task.

However, India and Taiwan share one key feature. They are the only two countries globally that have country leaders that are genuinely passionate about the worth of solar energy and desperate to realise long-term goals that are fully integrated with local manufacturing and have long-term embedded economic benefits. Many proclaim this; few genuinely believe the rhetoric or set about to enable it.

But they are rare attributes and should not be underestimated, and it was no surprise in Taipei earlier this week that the event was opened by head of state President Tsai, with her being proud to spell out how important the domestic solar industry is in Taiwan and why 20GW by 2025 is critical to this happening.

So begins Taiwan solar 2.0, and we will be looking at more of the consequences in coming days on PV-Tech as we wrap out our coverage of Energy Taiwan 2018 this week in Taipei, and what the new landscape of PV manufacturing is set to look like going into 2019.