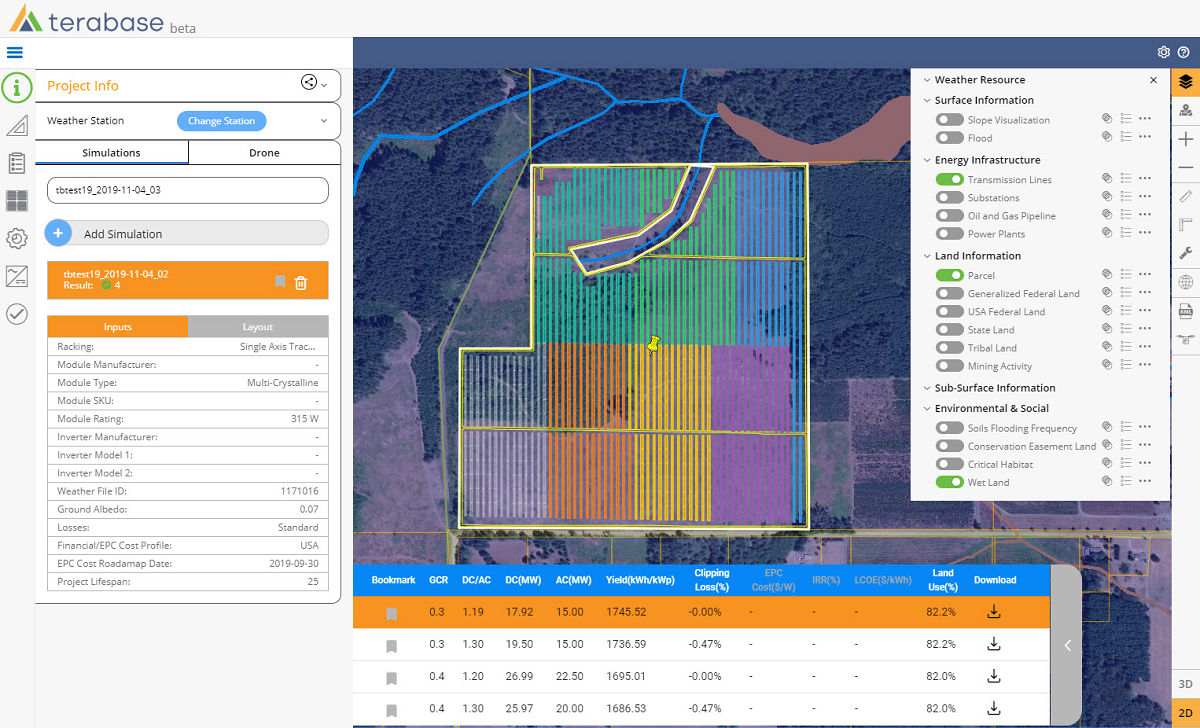 Solar start-up Terabase Energy has closed a US$6 million Series A financing round, unveiling an aim to help drive down solar generation costs to below US$0.01/kWh by 2025.

PV Tech Power spoke to Terabase Energy in December of last year, when Matt Campbell revealed that while solar hardware costs have fallen by up to 88% in the previous 10 years, soft costs – including development, EPC management, labour and logistics – had failed to follow a similar trajectory. This is where Terabase intends to make further savings to the benefit of LCOEs.

“There just hasn’t been enough innova­tion applied to it yet,” Campbell told PV Tech Power. “Hardware has seen tons of innovation. Inverters today are 5MW, 1,500V; when I started doing projects they were 100kW and 400V. It’s the same thing with panels, the same things with racking. So there have been huge amounts of innovation, lots of investment. But we haven’t seen the same in soft costs. The way we build projects today isn’t that much different than the way they were built 10 or 15 years ago, even though the projects themselves have changed dramatically.”

The full feature with Terabase Energy can be read here.

The financing round was led by SJF Ventures, an investment firm with experience in the solar sector having previously included the likes of Nextracker and groSolar – which went on to be acquired by EDF Renewables – in its investment stable.

“It is rare for us to be able to back such a veteran team. Terabase's novel, digital approach delivers value to these massive solar projects and will accelerate solar's replacement of coal and gas generation around the world,” he added.