The third pillar: How floating PV can fulfil its potential 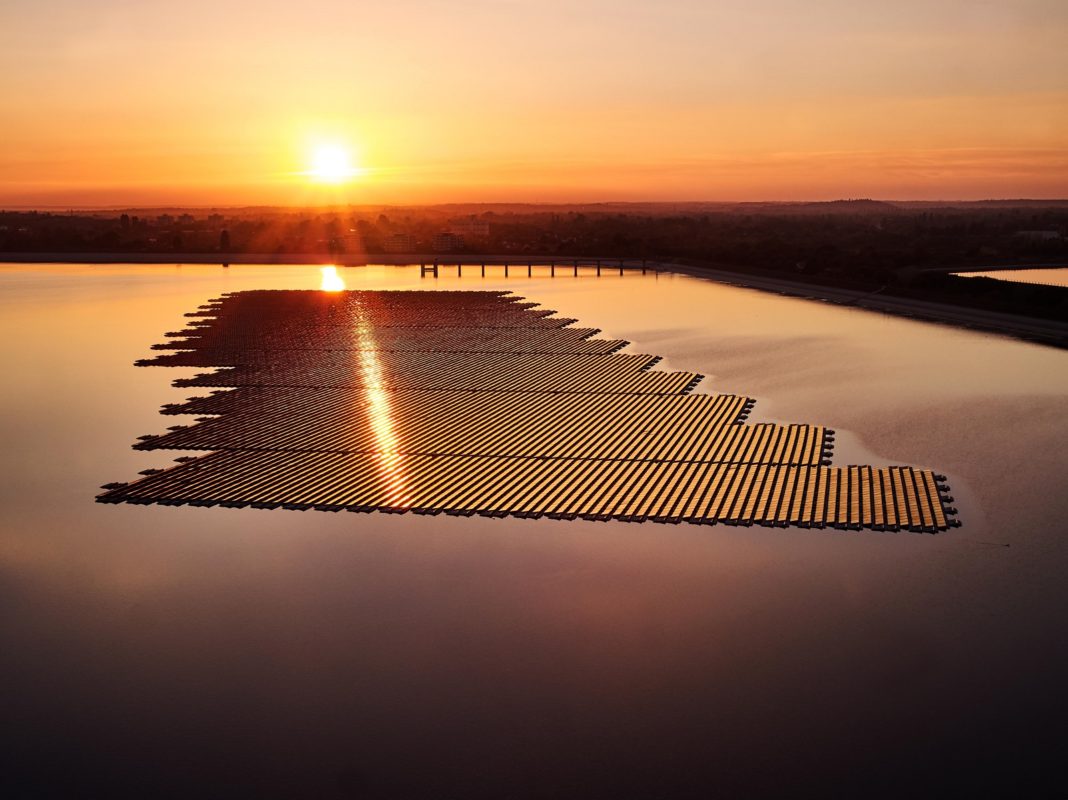 Proponents of the technology point to its increased energy yield thanks to both the cooling effect of water on panels and the reduction in shading due to the surroundings. Colocation with hydropower plants – and taking advantage of existing transmission infrastructure – can bolster the generation of such assets and smoothen the generation curve, while also decreasing water evaporation and limiting algae growth.

However, as countries scramble to ramp up their renewable energy capacities to meet climate targets, floating solar remains underutilised, particularly in areas where space is not an issue, and tried and tested ground-mounted PV provides a less risky, cheaper proposition. Estimates suggest under 3GW of FPV was installed globally by the end of 2019 – less than 1% the world’s total solar capacity.

Higher costs compared to ground-mounted PV, bankability hurdles and a lack of track record in terms of operations and maintenance (O&M) data are all reasons put forward by major solar developers, investors and financiers for having not entered the FPV market. According to Capital Dynamics, an asset management firm with a clean energy infrastructure portfolio of more than 7.3GW of power generation, FPV projects “are too unproven”, while German developer Juwi says the technology is “relevant, but so far it is a niche application”.

For CIT Group, the huge opportunity for land-based solar in the US means its client base has so far not approached the bank and renewable energy lender for FPV project funding. This is likely due to both economics and necessity, according to Mike Lorusso, managing director and group head for CIT's power and energy business.

He says floating solar projects have more complexities and more risk factors to take into consideration: “It’s going to drive up the cost of equity, it's going to drive up the cost of debt,” he adds. Meanwhile, with high irradiation and large open space available for land-based PV in states such as California, Texas and Arizona, Lorusso says “there is no need” to develop floating solar in these areas, adding: “And it’s going to be a lot more expensive.”

Indeed, the cost of developing FPV systems is normally higher than ground-mounted projects of a similar size as a result of the requirement for floating structures, moorings and more resilient electrical components. These costs are, however, expected to fall as the technology evolves and developers take advantage of economies of scale.

A landmark report published in 2018 by the World Bank and Solar Energy Research Institute of Singapore (SERIS) suggested that while floating solar systems are more expensive to install, their greater efficiency might partially offset the higher cost. The levelised cost of electricity (LCOE) for a generic 50MW FPV project “does not differ significantly from that of a ground-mounted system”, the report said. Although floating solar projects are said to be 18% more expensive than a land-based equivalent, their performance ratio is 5-10% higher.

Though a considerable reduction in costs is difficult to predict, in part because floating structures remain dependent on crude oil prices, the World Bank and SERIS say FPV costs are approaching those of ground-mounted systems, and may eventually lead to an equal or lower LCOE.

The design of the floating structure and its anchoring system is based on each site, with costs depending on the engineering challenges involved. “Every water body is different and is exposed to varying climate conditions. These variables have a strong influence on the selection of the best floating structure and how the FPV system will perform over time,” Thomas Reindl, deputy CEO at SERIS, says.

Noting that there are “different voices” in terms of O&M costs, Reindl is calling for industry players to share their experiences. SERIS is looking for launch partners to start the International Floating Solar Society, which would provide a common platform where information can be compiled and used by the industry.

One of the leaders in the European FPV market is German developer BayWa r.e., which completed the continent’s largest floating solar facility – a 27.4MWp project built on a sandpit lake in the Netherlands – earlier this year.

After entering the FPV sector in 2018 with the acquisition of a 70% stake in Dutch firm GroenLeven and its project pipeline, BayWa r.e. went on to develop its own substructure suitable for large-scale installations, which is “much more easy to maintain over the lifetime of the system”, according to Toni Weigl, BayWa r.e. product manager for floating PV. The GroenLeven deal combined with the creation of its own floating solution gave the company “the opportunity to really take off with floating PV”, Weigl said.

In terms of O&M costs, Weigl said developing solar projects on water means there is no need for video surveillance, theft protection and grass cutting that is required for land-based sites. “We have actually lower operational maintenance costs in our floating PV systems compared to ground-mounted PV,” he says.

Having completed an initial 2.1MWp FPV project in 2018, BayWa r.e. has now constructed six facilities, all located in the Netherlands. “With every (floating) plant we are building, the costs are going down further,” Weigl says.

Despite a reluctance among some lenders to bankroll floating projects, Weigl says BayWa r.e. works with banks that are “happy to invest in and finance these projects”. “And after, they realised it was also very easy to find a long-term investor to step into the project and take over that project… There was a huge appetite from investors to get our floating PV projects acquired.”

This is an extract of an article first published in Volume 25 of PV Tech Power. The full article can be read in the full digital copy of PV Tech Power 24, which can be downloaded via the PV Tech Store here

Indian utility SJVN to develop 5GW of solar in Punjab

September 5, 2022
Indian state-owned utility SJVN is planning to develop 5GW of solar, including ground-mount and floating PV systems, in the state of Punjab.