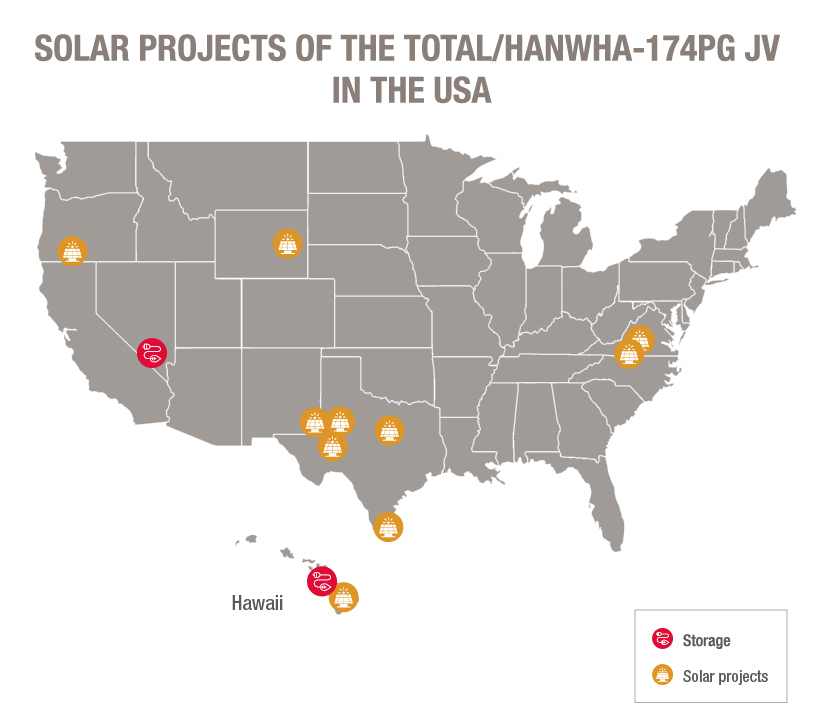 Energy company Total and solar-plus-storage developer 174 Global, a division of Hanwha Group, have formed a joint venture to develop utility-scale solar and storage projects with a total capacity of 1.6GW in the US.

The plants, which are to all be completed by 2024, will be built in Texas, Nevada, Oregon, Wyoming and Virginia, taken from projects that were already part of 174 Power Global’s development pipeline.

174 Power Global, the US solar arm of South Korean conglomerate Hanwha Group, recently secured funding from three investment banks to construct a 150MW solar farm in northwest Texas, which came online last year. The majority (5) of the JV’s projects will be located in Texas, with two to be built in Virginia, and one each in Oregon, Wyoming and Hawaii. Battery energy storage projects in Nevada and Hawaii are also in the pipeline.

As part of its target to reach net-zero greenhouse gas emissions by 2050, Total has aimed to operate a renewable power generation portfolio with a total 35GW capacity within the next five years. The company currently oversees around 12GW of power generation capacity, 5GW of which is non-renewable.

The oil and gas company revealed plans last September to power its European industrial sites with solar by 2025 after securing a development deal for 3.3GW of Spanish solar, but the company has also accelerated its expansion into the renewables market by gaining ownership of existing development pipelines through joint ventures. This latest partnership follows an announcement last October that a JV between Total and developer Adani Green in India had reached more than 2.3GW of operating solar.

Julien Pouget, director of renewables at the oil and gas company, said this latest transaction imarks a “first significant step for Total in the US utility scale solar market”

“I am confident that this will pave the way to more opportunities in the US renewables and storage market,” Pouget added.

“I am very pleased to extend our long-standing cooperation with the Hanwha Group into renewable energies and successfully contribute to the development of solar power generation in the US”.

Utilities and energy companies have started to secure more solar projects in recent months ahead of the Investment Tax Credit (ITC) project completion deadline on 31 December 2023, and a recent study from the Solar Energy Industries Association and Wood Mackenzie has said that confidence in the US solar market has “surged back” after months of project disruption caused by the COVID-19 pandemic. The utility-scale market was the primary driver of installations in Q3 last year, with 2.7GW of new capacity, representing 70% of the total 3.8GW of solar installed during the quarter.

“Both 174 Power Global and Total have a strong understanding of one another’s business strategies and investment standards, he said.

“We are excited to work with the Total team and further our joint commitment to clean renewable energy and low-carbon investments.” 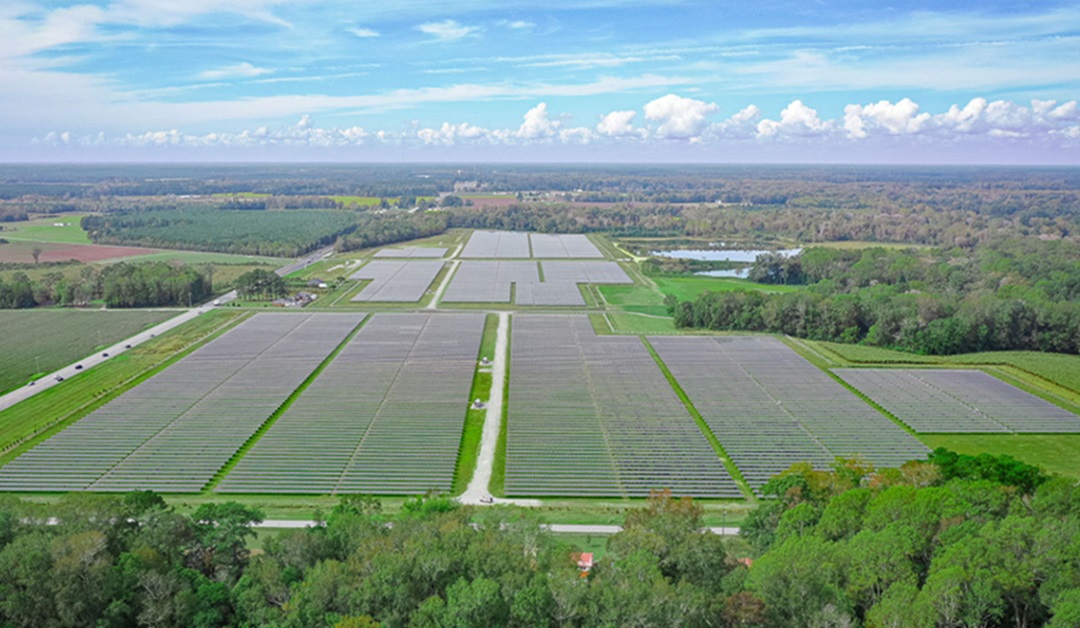