‘Solar Module Super League’ (SMSL) member Trina Solar reported an 18.66% increase in revenue for the first nine months of 2020 compared to the prior year period, setting the company on a path to exceed 2019 financial results in the fourth quarter after several years of annual revenue declines. 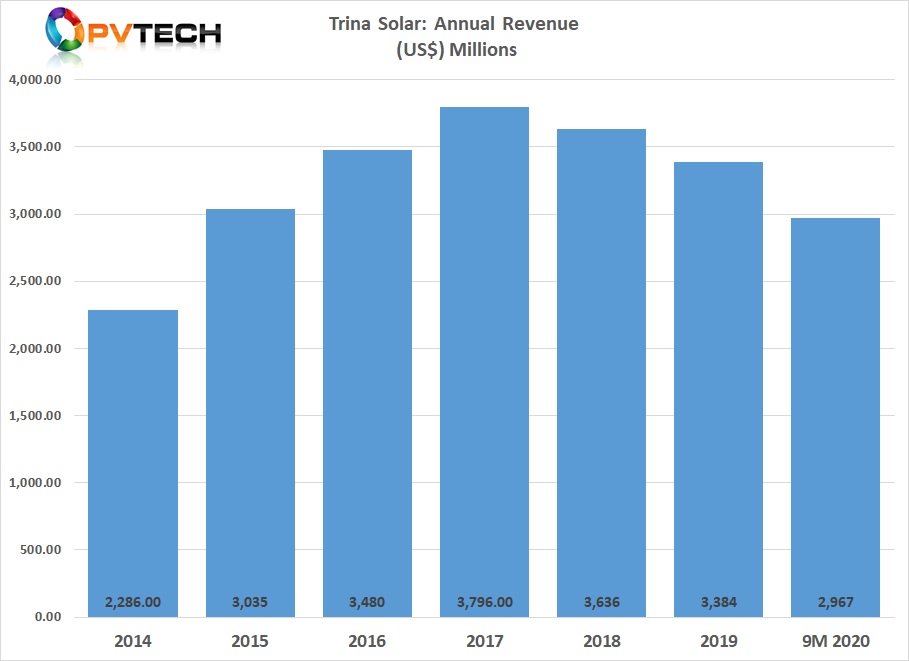 The company had noted that expanded capacity and new product introductions, alongside higher international sales, as being behind the revenue increase.

This was due to higher PV module profit margins in key international markets as sales significantly increased during the reporting period.

The company has said separately that orders for its recently launched Vertex series modules had exceeded 2GW.

14 March 2023
PV CellTech will be return to Berlin on 14-15 March 2023 and looking at the competing technologies and roadmaps for PV cell mass production during 2024-2026.
c-si manufacturing, china, pv modules, solar cell, trina solar