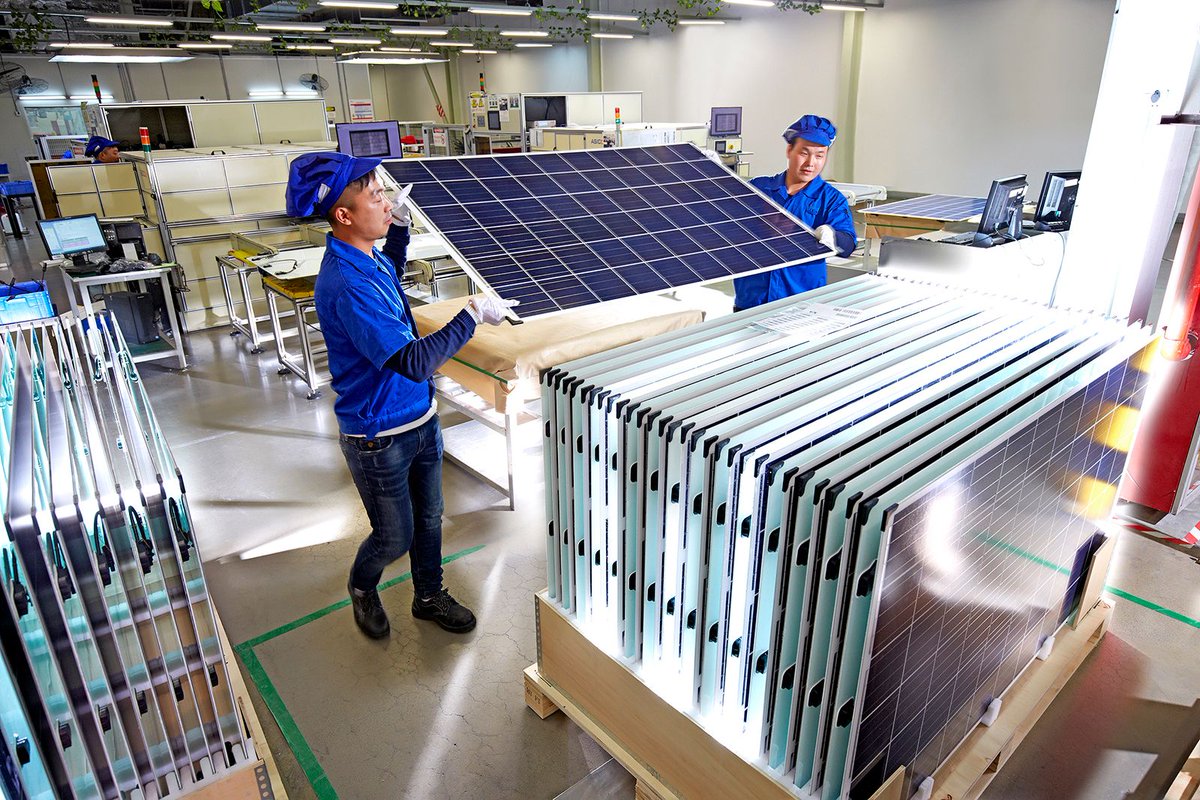 Silicon Module Super League (SMSL) member Trina Solar will provide 258MW of its monocrystalline PERC double glass modules to one of the largest private solar PV projects in Vietnam and what is claimed to be the first hybrid wind and solar farm in the country.

Yin Rongfang, vice president and head of global sales and marketing at Trina Solar, said: “We are honored to partner with Trung Nam in the integrated renewable power generation project that set new benchmarks in the industry in Vietnam, marking one further step in Trina Solar's commitment to emerging markets. With a deep understanding of the Vietnamese market, we have built a 1GW solar cell production facility in the country, in addition to several new projects under development.”

German firm Siemens has won a contract to supply inverter systems and other equipment to investment and construction corporation Trungnam Group’s solar plant. The project will also use single-axis trackers.

In 2017, Trina Solar's global shipments amounted to more than 9GW, over 60 percent of which were delivered to locations outside of the PV manufacturer's home market of China.

Although China's domestic demand for residential and utility-scale ground solar PV installations decreased due to new government policies for the PV market enacted on 31 May 2018, Trina Solar claimed in a release that it is strengthening its capabilities in terms of expanding into overseas markets as part of its long-term development plan and strategy of balancing its focus in both traditional and emerging markets.

15 September 2022
Bifacial PV modules will be the dominant solar PV technology globally within one or two years; in the utility-scale sector, their market share is already above 70%. This webinar will provide a clear view on the successful implementation of bifacial technology, maximizing system performance and minimising LCoE.
module supply deals, sorsea, trina, trungnam, vietnam