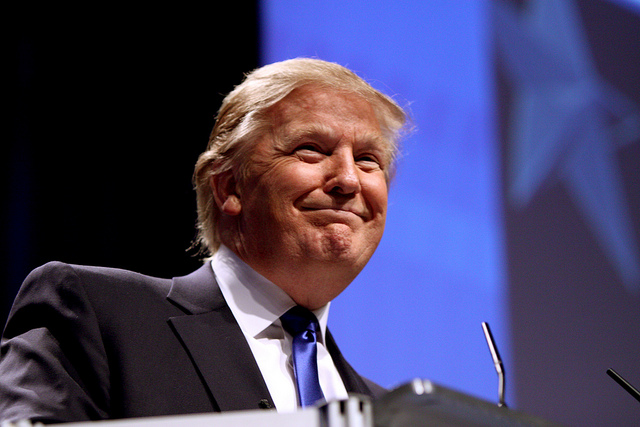 President Trump has elected to withdraw the US from the Paris agreement, according to White House officials.

The official decision to withdraw is a fulfilment of a long-term pledge of the Republican, who first voiced his plans to “cancel” the climate accord on the campaign trail.

The Paris agreement is a collective pledge from almost every nation to take action to reduce climate change. If and when the US does leave the agreement, it will join the only other non-conformists: Syria and Nicaragua.

Trump said on Twitter over the weekend that he would announce his decision on the matter this week, after consulting with various stakeholders including Environmental Protection Agency (EPA) head Scott Pruitt, his chief strategist Stephen K. Bannon, Exxon Mobil and the National Economic Council. A letter from 22 GOP senators released on Thursday, advocating for a clean exit from the agreement, is speculated to have made some impact on the president’s decision to initiate talks to withdraw.

The opinion of the nation’s clean energy and environmental industries is clear, with United Nation’s (UN) secretary general António Guterres rallying in a speech Tuesday, urging world leaders to stand by their commitments to the accord.

Regardless, Trump maintains his policy of undoing much of the climate action and renewable energy initiatives and policies of the previous administration; most recently slashing budgets for the Department of Energy and all its associated agencies.

However, pulling out the Paris agreement would be the biggest move Trump has made thus far to reverse Obama’s clean energy and climate legacy.

As of yet, there are no explicit details of how the US will withdraw from the agreement; whether this be a full, formal withdrawal which could take up to three years, or a mere exit from the underlying UN climate treaty – which offers a far more expedient way out, according to media outlet Axios.

White House officials have cautioned that the chosen escape route could be accompanied by caveats allowing the US to circumvent the historic agreement.

“…The two countries that are making the impact on emissions are the US and China so I’m looking over to my friends from Germany and France and going, what are you all doing?,” Perry said at Bloomberg New Energy Finance’s (BNEF) Future of Energy Summit in February.

“But you have Germany for instance, who has made the decision to go away from coal, to get out of the nuclear business, to double-down on renewables…but the fact is their emissions have gone up because they are using more coal and using coal that is not clean technology.

“My point is, don’t sign an agreement, and then expect us to stay in the agreement, if you are not going to really participate and be a part of it. In my remarks, I said about words versus actions. The US is taking actions to affect in a positive way.

“I’m not going to tell the president of the US, let’s just walk away from the Paris Accord, I’m going to say, I think we probably need to renegotiate it. We need to sit down and they need to get serious about it.”

Guterres too has said that he has been attempting to negotiate with the Trump administration to persuade it not to pull the plug on the accord.

“When you disagree with someone, you try to convince that person. It’s the same with administrations,” he said. “We believe that it will be important for the US not to leave the Paris agreement.”

The news understandably not been well received by climate action and clean energy advocates, given that the US is the world’s largest economy and second-largest emitter of greenhouse gases (GHG) after China.

Pulling out of #ParisAgreement is a massive moral, economic & leadership failure for Trump admin. Loss of business, jobs, & intl standing.

3/ Instead, he gives up the U.S. seat at every international negotiating table on climate/energy. Not good deal-making.

The future of our planet is at stake. Withdrawing from the Paris Climate agreement shouldn't even be on the table. #ParisAgreement

The Solar Energy Industries Association’s (SEIA) vice president of communications Dan Whitten said: “We supported the Paris agreement when it was signed and believe the US should stay engaged. However, regardless of what the President decides on the accord, we expect America’s solar industry to continue to thrive and create jobs, boost the economy and reduce greenhouse gas emissions along the way.”

However, the fact remains that if the US does leave the agreement, it could set a dangerous precedent that extends far beyond the realm of climate action.

Pulling out of Paris would be extremely short-sided and will hurt America’s long economic interests,” Amit Ronen, director of the George Washington Solar Institute told PV Tech. “The US clean energy sector employs nearly a million Americans, almost five times the fossil fuel electric industry. There is a reason the rest of the industrialized world is rushing to capture what will be the largest market opportunity of the 21st century.”

I will be announcing my decision on Paris Accord, Thursday at 3:00 P.M. The White House Rose Garden. MAKE AMERICA GREAT AGAIN!