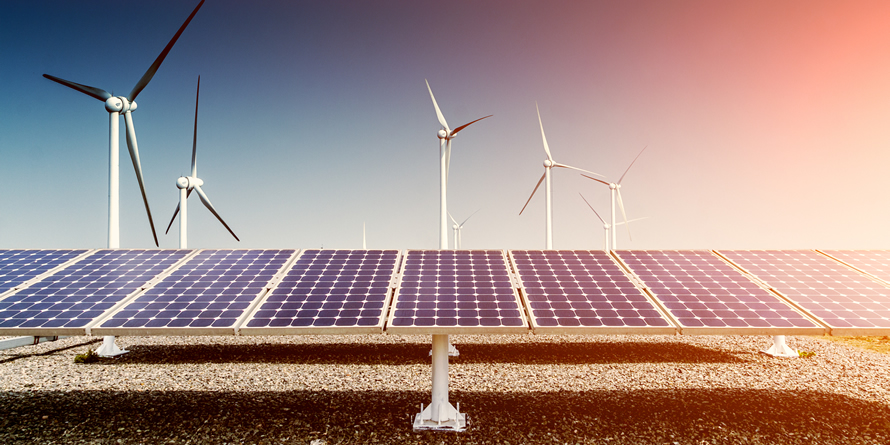 The UK’s suite of renewables set a new generation record in the first quarter of the year, official statistics from the Department of Business, Energy and Industrial Strategy show.

This morning’s monthly data release included an updated set of data for renewable energy generation in the first three months of 2017. This showed that combined UK renewables output stood at 24.8TWh for the quarter, a 5% increase on the 23.6TWh recorded in Q1 2016.

This enhanced generation, BEIS said, was attributable to newly installed capacity. The first three months of the year saw a flurry of activity in the sector as solar developers rushed to meet the 1.2 ROC grace compliant deadline.

Earlier this month, the in-house market research team from PV Tech's parent company Solar Media placed deployment in Q1 2017 at 640MW. BEIS’ own statistics, updated today, state deployment to be around the 303MW mark, however this figure will be revised upwards as the department’s figures catch up.

Solar PV remains the UK’s most prolific source of renewable electricity by generation capacity, however its time at the top could be drawing to a close.

The technology took the lead from onshore wind in Q4 2015 and has been the most-deployed renewable since then. BEIS now places total solar deployment at around 12.2GW, but actual deployment is likely to be in excess of 12.5GW, edging closer to the 13GW mark.

This represents more than a third of the UK’s total renewables capacity of ~36.9GW

Onshore wind has however continued to eat into solar PV’s lead. More than 700MW of capacity was deployed  in Q1 2017 according to BEIS’ statistics today, taking its percentage share of UK renewables to 32% and, perhaps more importantly, to within 523MW of UK solar.

With the Renewables Obligation scheme now closed to new installations, residential deployment under the feed-in tariff limited and subsidy-free schemes only just beginning to come through planning, onshore wind could retake the lead before the year is out.

Evolving from Solar Energy UK and seven-years of continuous show growth, this year’s show heralds an exciting new focus on Solar, Storage, EV infrastructure and related technologies that will empower the transition to cleaner energy .