The US installed 10.6GW of solar in 2017, according to figures released by GTM Research.

The bumper year of 2016 (15.1GW) could not be bettered as conditions pushed desired project timelines out of, not into the calendar year. GTM expects another 10.6GW to be installed this year. 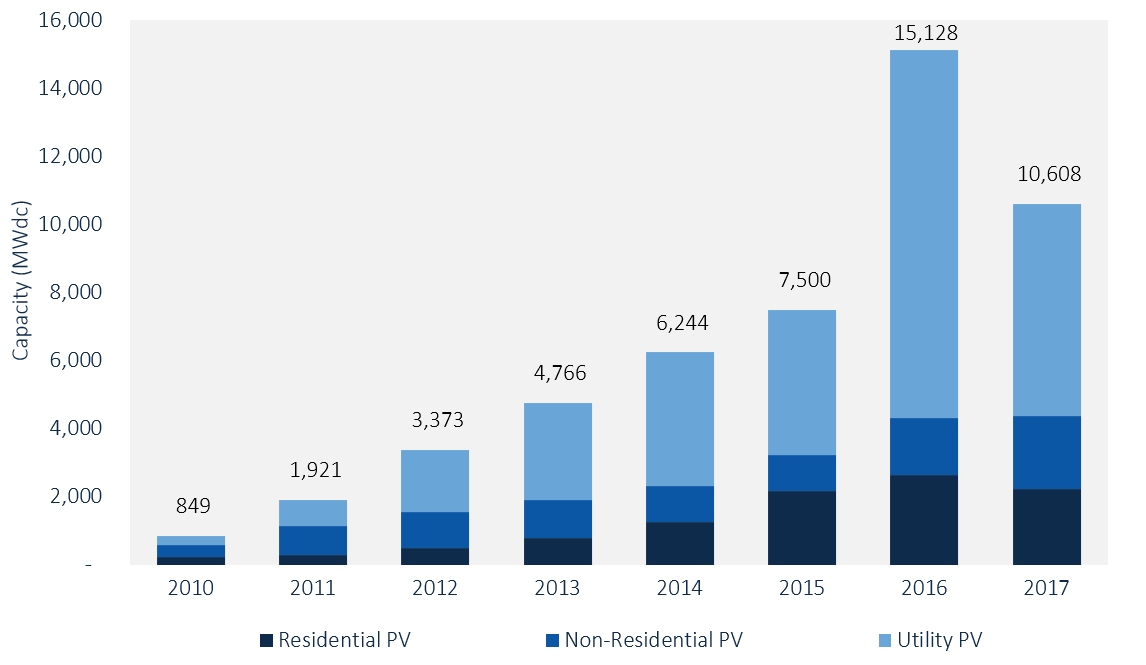 Despite the challenges, there were a number of positives to draw comfort from as the geographic diversification of deployment improved and community solar projects recorded strong numbers.

“The solar industry delivered impressively last year despite a trade case and market adjustments,” said Abigail Ross Hopper, president and CEO, SEIA. “Especially encouraging is the increasing geographic diversity in states deploying solar, from the Southeast to the Midwest, that led to a double-digit increase in total capacity.”

Florida became a top ten state for solar deployment for the first time and South Carolina rose to 18th.

While residential and utility solar declined for the first time since GTM began issuing its annual review of deployment, one sector enjoyed some successes.

“Minnesota headlined a banner year for community solar, with more megawatts installed in that state than total US community solar installations in all of 2016,” said Austin Perea, GTM Research solar analyst and co-author of the report. “We expect community solar to diversify geographically in 2018, with Maryland and New York to be key growth markets for the sub-segment beginning this year,” added Perea.

GTM also cuts its forecast for 2018-2023 by 13% with a complex range of factors making it difficult to attribute the portion of that decrease to the Section 201 case. 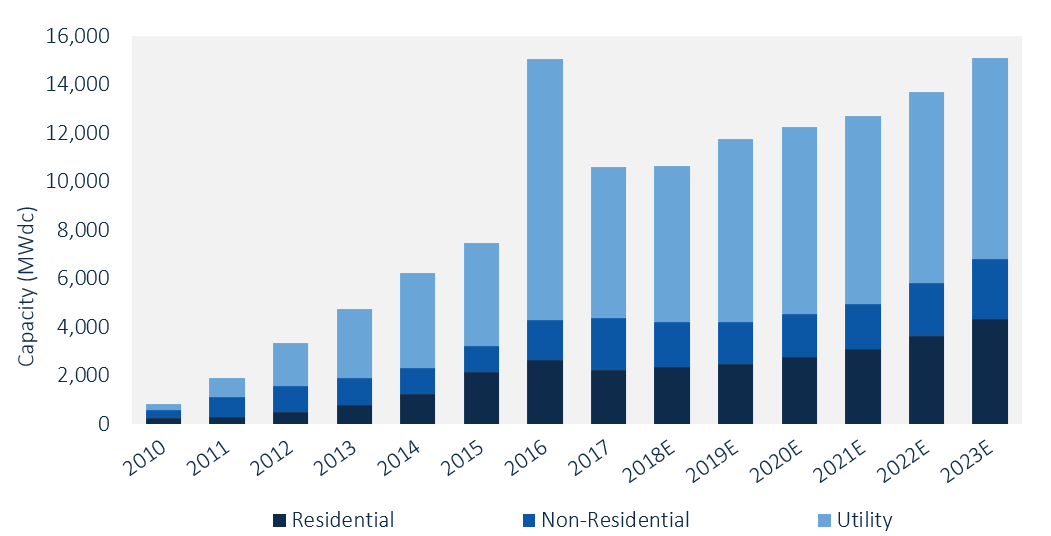 6 June 2023
Join us in Napa to unlock the key to reliable PV module supply to the U.S. market in 2023 & 2024. We'll also be gathering the main players in the US solar market for some wine tasting!
community solar, forecasts, gtm research, market forecast, section 201, seia, us, usa