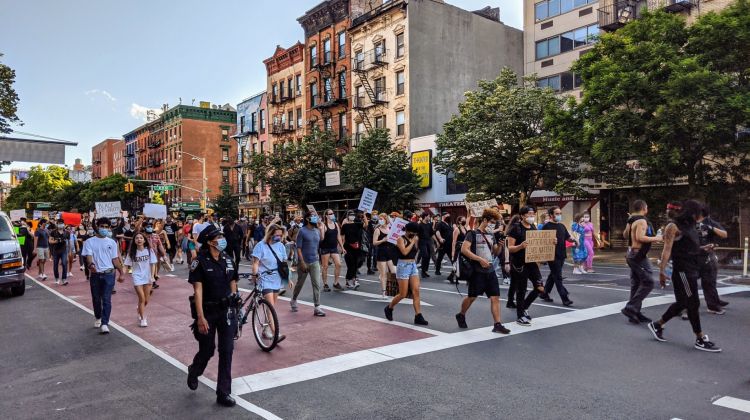 Human rights activists have thrown their weight behind a campaign to preserve solar net metering, warning that recent attempts to curtail it would damage low-income and ethnic minority communities.

The New England Ratepayers Association’s (NERA) petition for net metering to be overseen by federal rather than state authorities has triggered a rebuke from hundreds of grassroots organisations and solar body the Solar Energy Industries Association (SEIA), which has argued the move threatens jobs and social justice.

Comments filed by SEIA on Monday this week criticised NERA for urging US federal regulator FERC in April (see below) to intervene against state-level net metering incentives for rooftop solar, which it branded “among the least efficient forms of renewable generation”.

Should they heed the calls for federal oversight of net metering, FERC’s commissioners – all appointed by US President Donald Trump – would be condoning an “unlawful federal power grab” and an “unjustified intrusion into a State’s sovereign authority,” SEIA argued.

According to the solar body, NERA’s petition is not backed by “any legitimate justification” and would create, not resolve, a controversy. Granting it would threaten a system that has seen 40-plus US states build, over decades, net metering schemes adapted to their circumstances, SEIA said.

“Opposition to this petition is pervasive and the legal and jurisdictional problems the petition would create are impossible to overlook,” said the SEIA’s CEO Abigail Ross Hopper. “It’s hard to fathom why FERC would want to overturn prior decisions and wrest regulatory jurisdiction away from states.”

Rating the ratepayers: The petition at the heart of the controversy

Registered in New Hampshire, NERA styles itself as the champion of “New England based individuals and businesses who are concerned about the high cost of energy, water, and telecommunications”.

The lobby – led by an advisory board featuring two republicans, including former Vermont governor James Douglas – was likely unknown to many in solar circles before April 2020, when it filed its petition for federal oversight of net metering.

NERA’s 105-page request calls on FERC to wrench net metering away from state authorities and place it under federal laws including PURPA and FPA. The association believes this form of support – where energy-producing consumers are compensated based on their output – forces utilities to pay energy prices “several times greater” than wholesale prices.

What follows are some excerpts of the petition, which sets its sights on rooftop solar specifically:

“FNM [full net metering] causes regressive social effects, and has a highly adverse effect on competitive electricity … These subsidies associated with retail net metering are particularly hard to defend because, in the aggregate, they benefit wealthier customers at the expense of less affluent customers.”

The social justice links in a year of street protests

The row before FERC has seen net metering coalesce with a salient issue of 2020’s COVID-stricken, election-approaching America, that of racial injustice.

In a country marching against police brutality towards ethnic minorities, NERA’s petition has “drawn significant pushback” from critics including conservative groups, state regulatory agencies, bipartisan coalitions of officials and others, SEIA noted on its statement on Monday.

Joining the fightback against NERA this week were 450 grassroots US organisations. From Black Lives Matter LA to New York’s Alliance for a Green Economy, state-level activists added their name to the likes of Greenpeace in a letter, calling on the FERC to dismiss NERA’s request.

According to the missive, the New England lobby’s claim that low-income households are bearing the brunt of net metering costs is “spurious and misleading”. The letter adds: “The majority of studies have found that the benefits of solar net metering outweigh costs for all ratepayers.”

Net metering and distributed solar are, the missive says, key for a COVID-hit US to address both global heating and racial injustices. Low-wealth, Black, Brown, Indigenous and other groups of colour are “disproportionately” hit by fossil fuel pollution and climate disasters, the letter says.

“It is critical that the new energy paradigm not only be powered by clean and renewable energy, but also pioneer electricity structures that build community resilience and distribute wealth, power, and decision-making about energy choices equitably. Solar is vital to that future,” the letter adds.

6 June 2023
Join us in Napa to unlock the key to reliable PV module supply to the U.S. market in 2023 & 2024. We'll also be gathering the main players in the US solar market for some wine tasting!
donald trump, federal energy regulatory commission, ferc, financedigital, net metering, north america, policy and regulation, rooftop pv, rooftop solar, us, usa