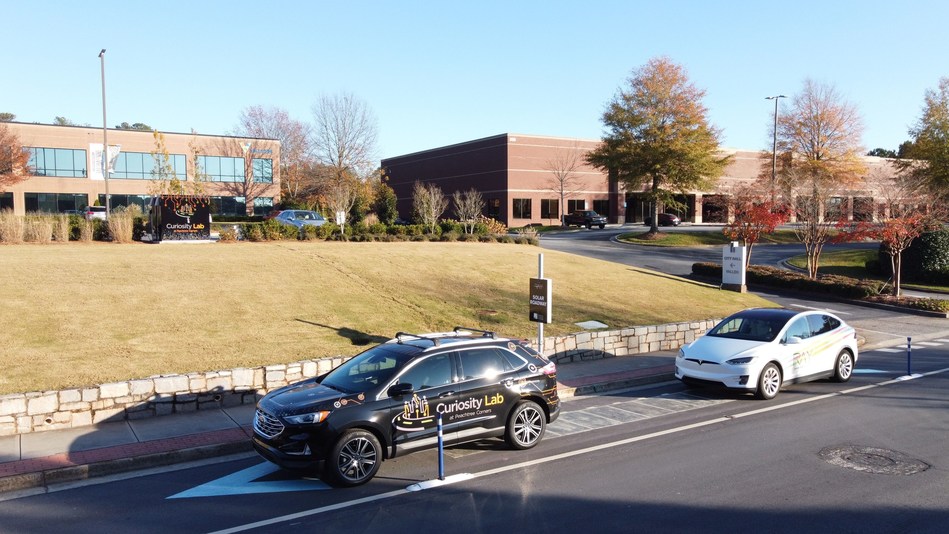 7 December 2020: Clearway Energy Group has broken ground on six community solar projects in Illinois, which will amount to almost a third of the state’s community solar portfolio. The farms will supply energy to roughly 2,160 residential and commercial customers in DeKalb, Macoupin, McLean and Will counties.

Clearway, which closed debt financing in May for a 192MW solar project in Kern County, California, claims the projects will offset emissions equal to burning almost 22 million pounds of coal.

They are part of an 18-project, 54MW portfolio Clearway bought in a master purchase agreement with solar developer Cypress Creek Renewables in 2019.

The projects are supported by the Illinois Shines Community Solar Program, and their construction is expected to create 70 jobs, as well as permanent positions once they are completed next year.

First solar roadway switches on in US

The road, which uses panels developed by French transportation group Colas and the French National Energy Institute, produces 1,300kWh of electricity annually to power a Level 2 EV charger at the local city hall.

Brandon Branham, chief technology officer and assistant city manager of Peachtree Corners, said more roadways like this could be on the horizon, and hopes to power existing infrastructure throughout the city off-grid.

“We look forward to installing more panels throughout, which may include sidewalks, bike lanes and many more surfaces.”

The solar roadway is located in a vehicle test lane provided by The Ray, a technology research group which manages a stretch of road close to the state line between Georgia and Alabama.

The project, which is being installed by AUI Partners in East Greenwich, forms part of Rhode Island governor Gina Raimondo’s pledge to have the state 100% powered by renewable energy within the next decade. It is expected to be fully operational by early 2021, and comprise of more than 16,000 solar panels, generating enough power to supply around 639 residential properties. Three local authorities are committed to buying power through a long-term purchase agreement.

Mario Carbone, partner with AUI, said this latest installation is “by far our largest”.

“We are now in full operations mode, and look forward to successfully delivering the project safely, on schedule, and under budget.”

Arora was promoted from his current role as Ameren’s vice president of power operations and energy management, a position he has held since 2018. He has worked for the company for 22 years in numerous director roles and as vice president of environmental services and generation resource planning. He will step up to the new role on 16 December.

Arora will oversee Ameren Missouri’s Integrated Resource Plan, which includes a target of adding 3,100MW of renewable energy to the portfolio by 2030, moving to 5,400MW by 2040. The utility plans to invest nearly US$8 billion to develop renewable energy over the next 20 years.

8 December 2020: Financing platform Mosaic has improved the diversity of its executive team this month with three new hires.

Previously, Bellanger worked as CFO for a string of US and global banks including Cross River and Santander, and worked for MasterCard as its chief accounting officer following its IPO in 2006.

Chen joins from Wells Fargo, where she monitored compliance and operational risk within the regulatory relations and consumer lending groups, and has 19 years of experience in credit and risk management.

Spears was promoted to general council this month after a year working as Mosaic’s deputy general counsel. Before joining the company in late 2019, she worked for short term credit provider Renew Financial, and spent seven years at law firm Orrick, where she specialised in finance and M&A activity.

“With these additions, our leadership team is now 50% women and people of colour,” Billy Parish, Mosaic’s founder and chief executive, said.