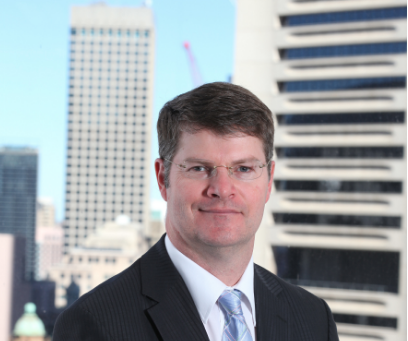 This US$1 billion is reported to be the largest single solar investment by the World Bank globally to-date, and it is a major endorsement and international support of the Indian solar initiative.

It should be seen as another step in the right direction, a continuation of the acceleration of capital flows into Indian solar. India needs global financial support – be that equity or debt. The upfront cost of renewables and energy efficiency is capital intensive, and the Indian banking system has been relatively closed historically and has serious debt issues. All of this means international endorsement and capital commitments are key to accelerating and cementing the new solar infrastructure investment programme now underway.

As a reminder, in 2015 the French Government offered €2 billion prior to COP21 in Paris, Obama offered US$4 billion, and Germany offered €1.5 billion, and the ADB has been in there working as well.

So all these initiatives build momentum and provide ongoing endorsements.

But to me the equity capital being invested by global firms like Fortum of Finland, Energie and EDF EN of France, Enel Green of Italy, Skypower of Canada, Hanwha of Korea, Foxconn of Taiwan and SoftBank of Japan are what will really leverage the World Bank’s US$1 billion commitment into the US$100 billion India needs by 2021/22 to achieve its 100GW solar goal.

Additionally, the recent solar investments of NTPC, Coal India, India Railways, Tata Group, Adani Group, Reliance Power and Renew Power and others should not be overlooked. It looks to me that half the capital required is actually coming from Indian firms who are buying into Energy Minister Goyal’s vision.

It is telling that this is a US$1 billion lending commitment for the one year of FY2017, so it is material relative to the likely US$10 billion total FY2017 investment required to deliver 10GW of solar in India this coming year. India has the lowest capital cost of solar globally, with a Megawatt costing less than US$1 million, less than half of the capital construction cost evident in Japan and America.

The World Bank has already approved a US$625 million loan that will support the India’s rooftop solar programme. The project draws funds together from the Bank, as well as from the Clean Technology Fund of the Climate Investment Funds (CIF), and will mobilize additional funding from public and private investors.

Goals of the loan

The goal of global development banks like the World Bank is to be the first mover and catalyse capital early on, which sets up the systems and procedures for private financial institutions to follow.

In India’s case, private corporate capital has been moving rapidly already over the last 18-24 months, so this World Bank move is another endorsement and follow-on to help upscale the solar efforts and maintain momentum. As mentioned above, renewable investments require significant upfront debt and equity capital, so there is also a role in recycling capital for early movers and solar project developers once a project has been de-risked. By on-selling the finished and operating projects, this not only allows the developer to redeploy their limited capital to new projects, but it also validates the value creation process and encourages the banks who witness the development of a secondary capital market.

The Climate Bond Initiative held a session last week in England specifically on Green Bond investments in India, and Green Bonds are another role that the World Bank has been underwriting and endorsing, thereby building India’s access to global bond investment from the world’s pension investors – a US$50-100 trillion capital pool.

International bond rates of 2-4% are a fraction of the 8-12% corporate borrowing costs in India – so even allowing for currency hedging, building out international green bond market access for Indian solar projects that are carrying a Central Indian government endorsement will see the capital cost of these projects drop further and make solar even more cost effective than new imported coal-fired power plants.

To me the beauty of Piyush Goyal’s solar vision is the long-term deflationary nature of zero indexation solar tariffs for 25 years duration. That is a powerful long-term positive the market is yet to fully appreciate.