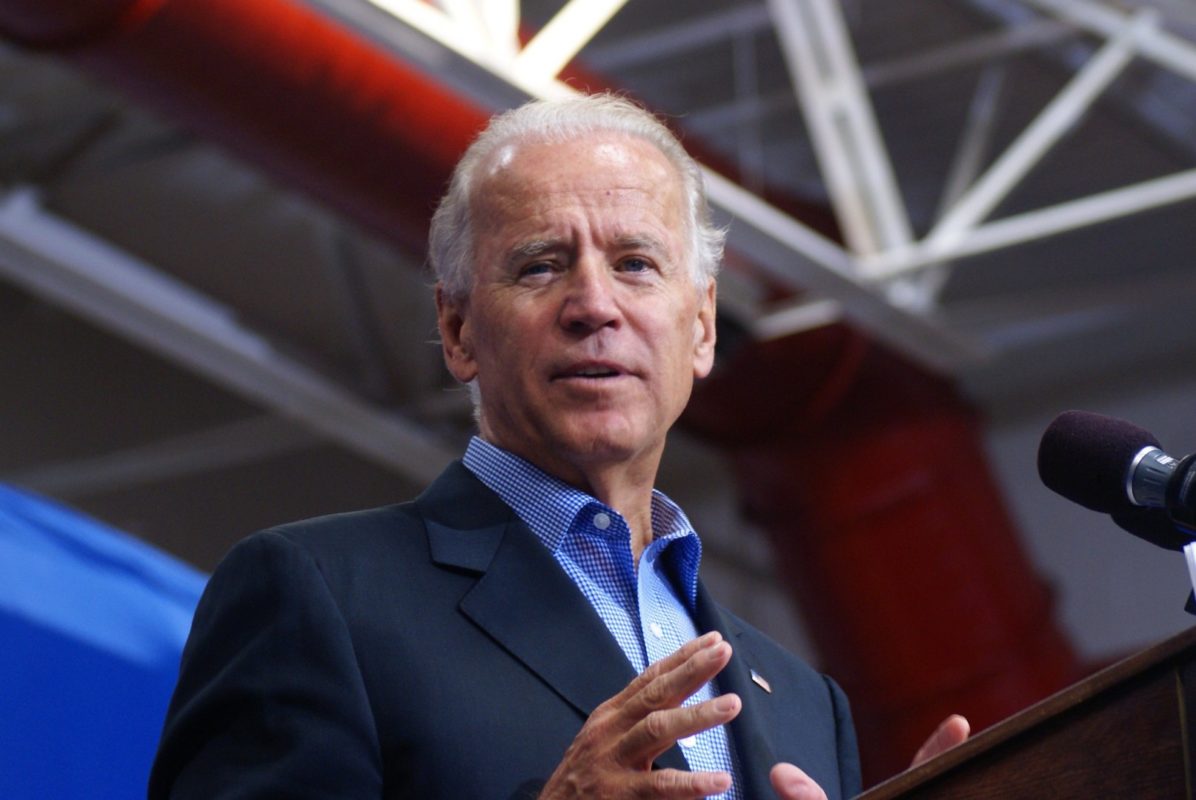 On Wednesday, the ten Democratic presidential hopefuls discussed their environment and energy priorities during a televised town hall meeting in New York City.

Some candidates, like Cory Booker, specifically unveiled their climate change agendas ahead of the marathon seven-hour event.

But how do solar, energy storage, electricity and renewable promises compare across the top-polling candidates? PV Tech has analysed their platforms to find out.

Poll frontrunner Joe Biden backs net-zero emissions by 2050, bolstered by US$1.7 trillion of federal funding over 10 years. In addition, his government intends to secure additional private sector, state and local investments to bring the total up to more than US$5 trillion.

The former vice-president wants to invest US$400 billion – or “twice the investment of the Apollo program which put a man on the moon, in today’s dollars” – in clean energy and climate research, and establish “targeted programs” that would develop renewables on federal lands and waters. Biden has a goal of doubling offshore wind by 2030.

In addition, a Biden presidency would establish a new government-wide clean energy export and climate investment initiative. The scheme would promote American clean energy exports and investments around the world and offer incentives for US firms that supply low-carbon solutions to the international market.

Massachusetts Senator Elizabeth Warren has pledged US$3 trillion of federal funding to green research, manufacturing and exporting. Half of that sum would be earmarked for American-made clean energy products.

Warren wants US electricity to be carbon-neutral by 2035, and has pledged to work towards “a goal of providing 10% of overall electricity generation from renewable sources offshore or on public lands.”

Warren supports the extension of the investment tax credit (ITC) and intends to expand existing federal energy financing programs, like the Department of Energy’s loan guarantee program and the rural utilities service. Her government would overhaul the programs so that they provide direct grants for clean energy projects in lieu of tax credits. Her government would also work with utilities to increase on-bill investment in energy efficiency solutions, subsidising investments for low-income communities in particular.

Warren has pledged to implement community workforce and project-labour agreements that ensure that the jobs created by clean energy investments are unionised and well-paid.

Vermont Senator Bernie Sanders, Warren's chief progressive rival, has promised to invest a whopping US$16.3 trillion of federal funding over 10 years in order to power 20 million clean economy jobs and reach a target of 100% renewable energy by 2030. Sanders wants a complete decarbonization of the American economy by 2050.

The democratic socialist has pledged to spend US$1.52 trillion on renewable energy and US$852 billion on energy storage capacity. He has also outlined plans to sink US$536 billion on a high-voltage, underground, direct current, renewable electric transmission and distribution grid.

Sanders wants to drastically shrink the the cost of energy storage in the US, and his strategy revolves around replicating the Obama administration’s cost-cutting solar energy program, SunShot. ‘StorageShot’ would benefit from a US$30 billion federal investment and its mandate would be to commercialise technologies that can provide 24-hour energy at a capital cost lower than US$1,000 per kW.

Sanders' platform said that solar panels and wind turbines would be built with “as many recycled materials as possible” during his presidency.

Senator Kamala Harris has pledged to raise US$10 trillion in public and private investment over 10 years in order to establish a “clean economy” by 2045.

Harris wants the US electricity system to be 100% carbon neutral by 2030, and intends to do so by expanding renewable and clean energy tax credits and leveraging existing federal programs.

Harris’ platform explains that her government would back “robust” funding for grid-scale and distributed energy storage technology – in particular for rural communities – through the federal Department of Energy. It would invest in additional R&D in these technologies to drive innovation and reduce costs.

Harris would push the federal Department of Agriculture's rural utilities service to decarbonise power generation for rural communities by taking over unprofitable dirty energy assets and swiftly replacing them with clean and renewable technologies. Other rural programs within the department would be expanded to help rural communities invest in renewable energy and energy-efficiency, according to her platform.

Harris has pledged to expand the ITC to include transmission infrastructure, in order to sophisticate and spur development of the electricity grid.

New Jersey senator Cory Booker unveiled his US$3 trillion climate plan on the eve of Wednesday's event. It outlines targets of a 100% carbon-free electricity by 2030 and a carbon-neutral economy 15 years later.

He wants to roll out ‘Moonshot Hubs’ dedicated to clean energy R&D in every US state. He would pour US$400 billion into that program.

US solar prospects amid shifting policy and electoral contests will take centre stage at Solar Media's Solar & Storage Finance USA, to be held in New York on 29-30 October 2019

3 May 2023
Large Scale Solar Summit is coming back to the US after a sell-out year in 2022! Designed as a meeting place for deal-making, we will not only discuss the most up to date topics and technologies but will also provide varied networking platforms so that developers, EPCs, manufacturers, asset owners, and investors can connect with possible clients and partners. Join us in Texas to meet with the top players in the industry and expand your network as business booms.
federal election 2020, incentives, investment tax credit, policy, ssfa19, usa