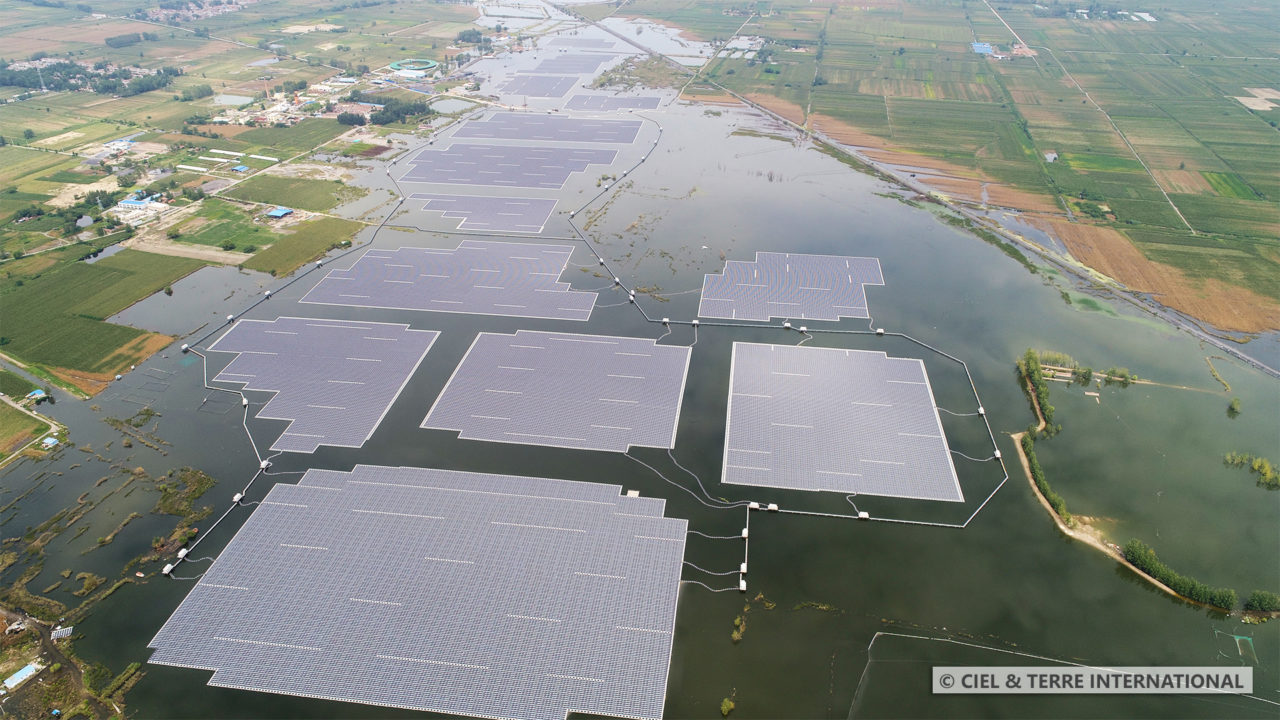 The project, spread across 13 separate islets on an area of 140 hectares, was completed in late 2018, with grid-connection, tests and commissioning carried out this month at the project site in the Lianghuai mining subsidence area, Yongqiao District, Suzhou City.

EPC services were provided by China Energy Conservation Solar Technology and the China Energy Engineering Group Shanxi Electric Power Design Institute. A brand new 18km 110V overhead line was also built for the grid connection of the plant, which is expected to generate up to 77,693MWh of electricity in its first year, equivalent to the power consumption of nearly 21,000 households.

While the complete facility in Anhui is said to currently be the largest floating PV plant on the same reservoir in the world, nearby, China-based firm Three Gorges New Energy has already partially connected a 150MW floating PV project to the grid, which is likely to become the largest plant globally once fully commissioned.

The project uses monocrystalline modules from Chinese manufacturer LONGi Solar, as confirmed by a C&T spokesperson to PV Tech. Central inverters have also been put on stilt platforms on the shoreline of the quarry lake so as not to interfere with neighbouring farm activity. Concrete poles support the electrical installation and 1,500 helical anchors were used for the project and buried at an 8-15 metre-depth to match the water body.

November 17, 2022
The solar PV industry is forecast to produce 310GW of modules in 2022, representing an incredible 45% year-on-year increase compared to 2021, according to the latest research undertaken by the PV Tech market research team and outlined in the new PV Manufacturing & Technology Quarterly report.

November 16, 2022
A round-up of the latest news from China’s solar market, including the latest PV export statistics and Arctech’s plan to raise US$162 million.

US and China are most attractive renewables markets, but world must decentralise grids – EY

November 16, 2022
The latest Renewable Energy Country Attractiveness Index (RECAI 60) shows that energy transition and renewables deployment continue to be of paramount concern to global governments in the face of market volatility and an emphasis on decentralised grids.