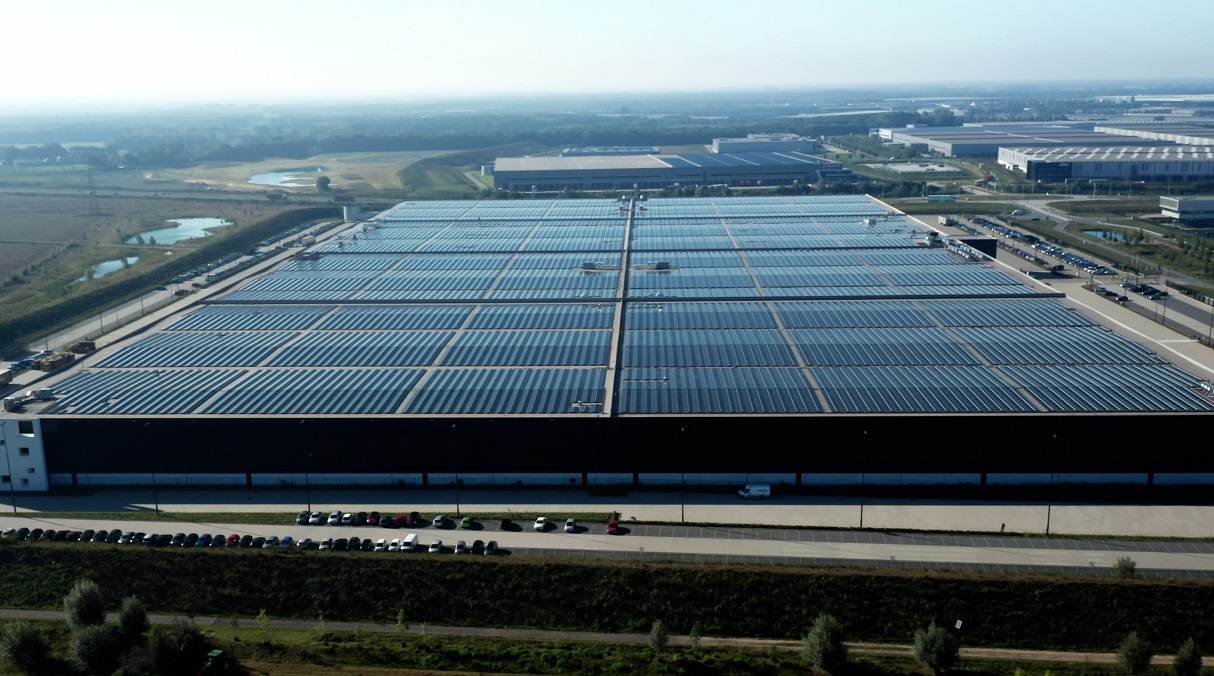 PVH Corp, the owner of clothing brands Calvin Klein and Tommy Hilfiger, has announced the installation of what it says is the “world’s most powerful” rooftop solar facility at its warehouse in Venlo, the Netherlands.

The 18MWp capacity project features more than 48,000 solar panels that will fully cover the site’s electricity footprint as well as indirectly provide all energy for PVH Europe’s warehouses, offices and stores in the Netherlands.

The facility was installed by IZEN, a Belgian solar developer that was acquired by VINCI Energies last year.

Martijn Hagman, CEO of Tommy Hilfiger Global and PVH Europe, said the development represents a “huge stride” in the company’s commitment to be powered by 100% renewable electricity by 2030 as well as achieve a 30% reduction in supply chain carbon emissions by the same year.

Announcement of the project comes a week after Amazon completed a 3.4MW rooftop solar system featuring 11,500 solar panels at its fulfilment centre in Tilbury, the UK.

The tech company came second only to Apple in a new report that details corporations with the most solar capacity in the US. Published by the Solar Energy Industries Association, the study shows more than 8,350MW of commercial solar capacity has now been developed across more than 38,000 US systems thanks to the declining price of solar PV as well as the growth of corporate green energy targets.

28 June 2023
Join us in London for 2 days as we look at the UK’s new landscape for utility & rooftop solar. Understand the new opportunities within this GW-plus annual market!
commercial rooftop, corporate solar, rooftop solar, the netherlands