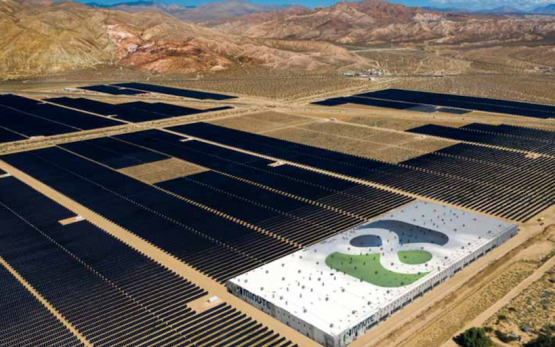 8minute Solar Energy (8minute) announced the deal yesterday, the developer’s first PPA with community choice groups. CCAs exist in several states of the US and enable communities to choose their own energy providers while sitting within the service areas of utility companies.

Monterey Bay Community Power Authority (MBCP) and Silicon Valley Clean Energy (SVCE), the two CCAs that signed the deal with 8minute, are in the California investor-owned utility PG&E’s service area. The pair have pushed out several requests for proposals (RFPs) for clean energy that have led to agreements with major California solar and solar-plus-storage facilities, resulting in deals with the likes of First Solar this April and with Canadian Solar and then EDF in late 2018, among others. The pair announced in April a 2,000MW procurement drive and RFP.

Located in California’s Kern County – pretty much the state’s 'Solar Farm Valley' in terms of the number of big projects built there – power from Aratina will serve up to 8% of MBCP’s retail load and 6.6% of SVCE’s annual retail load.

“Securing renewable, reliable, affordable energy to power our community and support our clean energy goals is our top priority, and we have been proud to work with the state’s largest solar developer to ensure that we meet that goal. This large-scale, long-term solar project with storage launches us into an even stronger position in doing our part to reduce carbon emissions while meeting our customers’ needs,” MCBP’s CEO Tom Habashi said.

8minute Solar Energy announced it had secured US$225 million in financing from five major banks at the beginning of June for a pipeline of solar projects claimed to be around 18GW. Chief development officer Sean Kiernan told sister site Energy-Storage.news this week that the vast majority of that pipeline is solar with energy storage.