Abu Dhabi National Energy Company (TAQA) has announced plans to ramp up its solar PV portfolio through a new strategic plan that will see the power producer aim to reduce its exposure to oil and gas.

By 2030, it is expected renewable energy will comprise more than 30% of the company’s power generation portfolio, up from the current 5% level.

In its home market of the United Arab Emirates, TAQA plans to increase its gross power capacity from 18GW today to 30GW by the end of the decade, as well as up to 15GW of additions internationally.

The 2030 vision sees the firm’s growth being by met increased power, water and network capacity in the UAE, as well as from “selective opportunities internationally”.

“As we emerge from the pandemic, around the world there will be an increasing focus on the need for clean, reliable and sustainable sources of power and water,” said TAQA chairman Mohamed Hassan Al Suwaidi.

Alongside the strategic plan, Al Suwaidi said the company will aim to leverage the UAE’s international relationships “to drive power solutions across the region and globally”, while consolidating its position domestically to deliver the UAE’s national objectives.

The country has committed increasing the contribution of renewables in its energy mix to 50% by 2050 – a target that Rystad Energy believes is “well within reach”. Recent research from the consultancy predicts the UAE’s solar PV capacity will increase from around 2.1GW currently to 8.5GW by the end of 2025, when it will represent around 95% of the country’s renewables capacity.

Four solar projects are expected to account for most of this growth: Al Dhafra (2GW), Abu Dhabi PV3 (1.5GW), and the fourth (950MW) and fifth (900MW) phases of the Mohammad bin Rashid Al Maktoum solar complex.

TAQA is part of a consortium that is developing the Al Dhafra park, which will be located 35km south of Abu Dhabi city and feature 4 million solar panels, supplying power to Emirates Water and Electricity Company when it comes online next year.

Financing for the project was secured last December, with a US$1 billion transaction signed with seven international banks. TAQA will own 40% of the project, while the other partners – Masdar, EDF Renewables and JinkoPower – will have a 20% stake each.

29 November 2022
PV ModuleTech EMEA in Madrid on 29-30 November 2022 will address the factors underpinning the changing PV module landscape, gathering together all the key stakeholders across the value-chain from module production to field testing. Join us for presentations from the leading players in the sector, clearly identifying the opportunities and challenges set to impact module supply to Europe and the Middle-East over the next few years.
abu dhabi, Abu Dhabi National Energy Company, oil and gas, TAQA, uae, united arab emirates 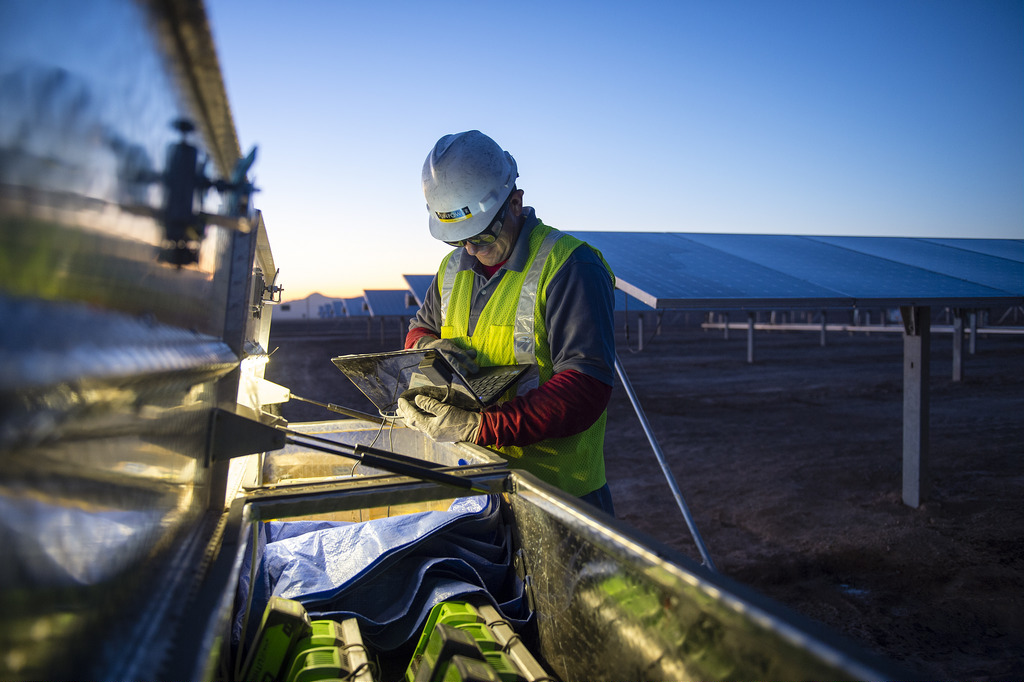