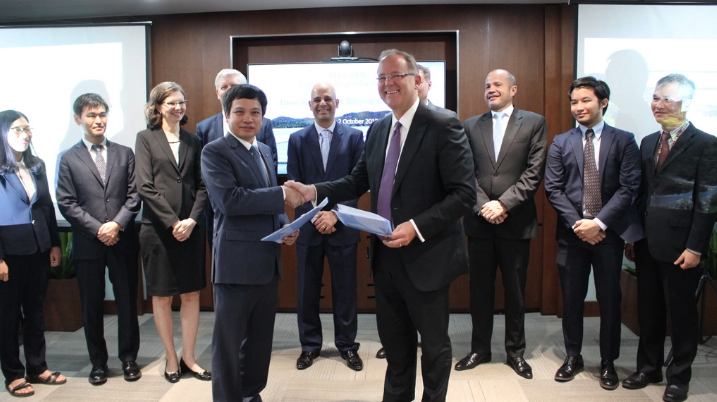 Vietnamese firm Da Nhim–Ham Thuan–Da Mi (DHD), a subsidiary of national utility EVN, has bagged a US$37 million loan from the Asian Development Bank (ADB) for a 47.5MW floating solar project that is claimed to be the first and largest such project in the Southeast Asian nation.

The project will be built on a man-made reservoir in Southern Vietnam where DHD operates its existing 175MW Da Mi hydropower plant, co-locating the two energy technologies in a manner that is expected to be replicated elsewhere in Vietnam and across the Asia Pacific region.

“This project will help to boost the share of renewable energy in Vietnam’s overall energy mix and decrease the dependence on imported fossil fuels such as coal,” said ADB Private Sector Operations Department deputy director general, Christopher Thieme. “The pairing of these two clean energy technologies—hydropower and solar—is a simple but a highly innovative achievement.”

In related news, ADB and Singapore-based Infrastructure Asia have signed a cooperation agreement to help governments in Southeast Asia adopt green finance approaches for clean energy infrastructure in the region.

Through its collaboration with ADB, Infrastructure Asia will work in close consultation with the international financing, credit enhancement, and technology industries in Singapore to improve municipalities and state-owned enterprises’ access to private capital.

In other recent news, ADB and the Government of Nauru have signed a US$22 million grant for a project that will fund a solar-plus-storage project on the Pacific island nation helping it to reduce reliance on fossil fuel-based power.