PV Tech had previously highlighted that Aiko Solar’s quarterly revenue between the fourth quarter of 2019 and the second quarter of 2020 had flatlined, reaching around RMB1.8 billion (US$270 million), despite increased solar cell shipments and capacity expansions. 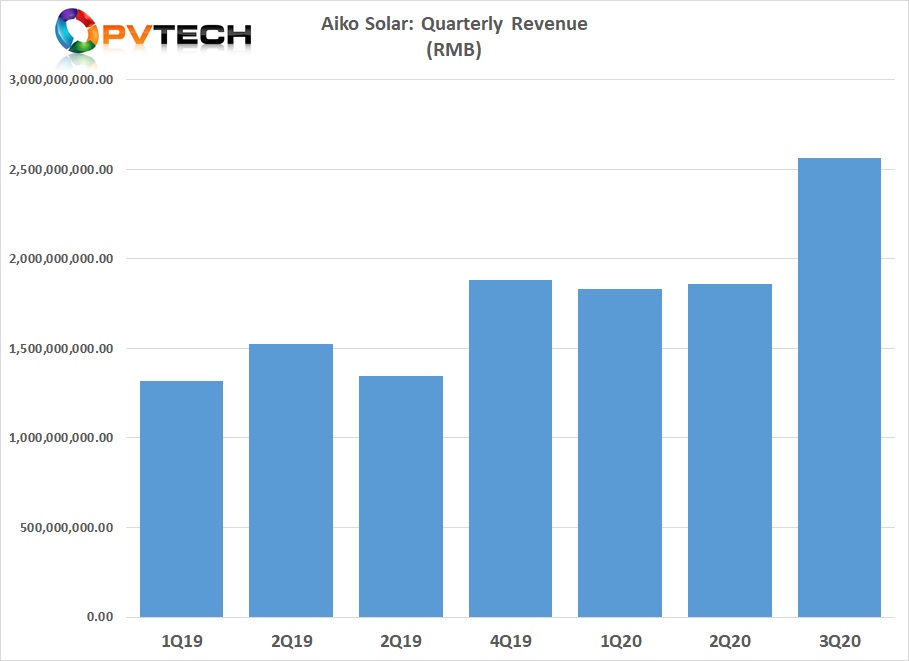 Aiko Solar had been impacted in the first half of the year by the business effects of COVID-19 and solar cell average price declines, which had triggered a fall in net profits of 68% year-on-year.

But In the third quarter of 2020, net profits increased significantly on higher sales, reaching RMB237.4 million (US$35.49 million), compared to the previous quarter net profit of only US$8.47 million.

Higher sales and more stable ASPs were behind the net profit rebound, which set a new quarterly record for the company. 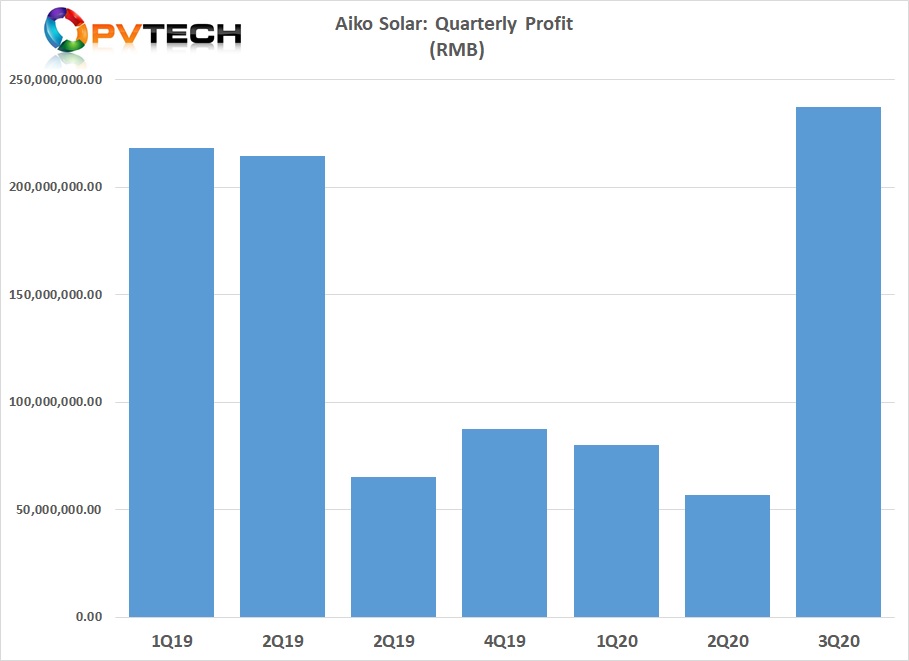 PV Tech had previously reported that Aiko Solar planned to reach 22GW of high-efficiency solar cell capacity by the end of 2020. The company said in its H1 2020 financial results that it had reached 15GW of nameplate capacity in the reporting period, up from 9.2GW at the end of 2019.

Aiko Solar noted that due to market demand, the company had increased its capital expenditure on its key solar cell production capacity projects.

The company also noted that the Tianjin Phase II PERC solar cell project had been progressing smoothly with some equipment having been installed and commissioned. Around a further RMB 700 million (US$107 million) in capital expenditure had been allocated to the project to accelerate completion timelines.

According to Aiko’s previously announced capacity expansion plans in January 2020, a total of 12.8GW of new capacity at plants in Tianjin and Yiwu would enter production in 2020. This would be followed by a further 10GW at both sites in 2021 and a further 13GW in 2022. 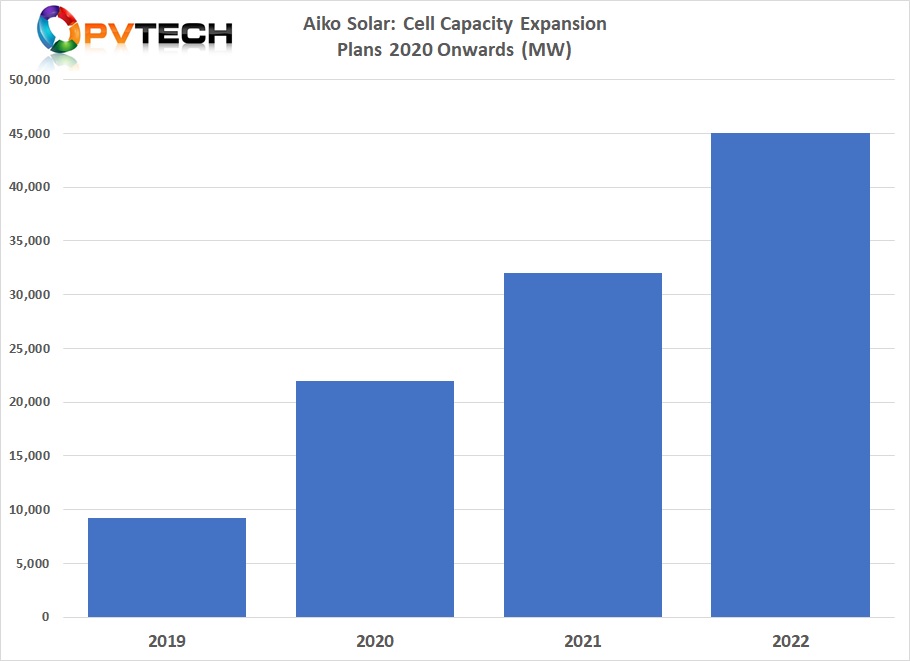