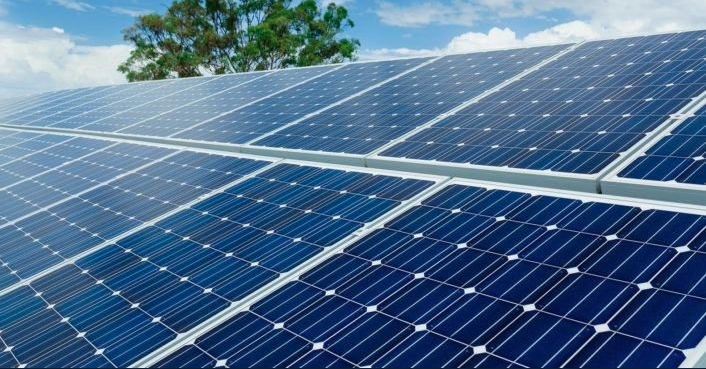 The winner of India’s first major solar-plus-storage auction, which has subsequently been scrapped for retendering, has said that despite being an unfortunate development, the firm is still keen to work closely with government on this technology for which the economics are continuously and rapidly improving.

Last year, major Indian solar EPC firm Mahindra Susten won the 20MW solar and 28MWh storage project on the Andaman and Nicobar Islands in an auction held by state-run firm NLC India. It was hailed as a major breakthrough for the Indian PV and energy storage industry and came in at a price far lower than the government had predicted. However, the award has now been canned and the capacity is due to be retendered at a far lower capacity. PV Tech contacted NLC multiple times over the last two weeks for comment, but it has failed to respond.

Manish Singhal, head, business development of Mahindra Susten, told PV Tech: “We are keen to work closely with government to develop a robust solar-plus-energy storage facility in the islands and other possible places. Battery prices are continuously falling making its economics better and when coupled with solar power, the combined energy solution can be a true 24×7 green power option to protect the sensitive flora and fauna of Andaman and Nicobar.”

Vishwanathan Iyer, a leading expert in the renewables industry, also told PV Tech: “It is understood that the Ministry of Power is keen at exploring alternative sources of power generation in the Andamans – quite likely an LNG-fueled power facility of around 30MW – whose LCOE is probably expected to be around INR 9-9.5/Unit, which might have been a key factor resulting into re-calibration of the storage tender.”

Rahul Walawalkar, executive director of the India Energy Storage Alliance (IESA), said the way the tender has been cancelled was lacking in transparency and logic. He added that flip-flops from various government agencies on large-scale renewable energy integration projects has resulted in the majority of the 100MWh of grid-scale energy storage project RFPs released during 2017, getting stuck due to mixed signals from Ministry of New and Renewable Energy (MNRE).

IESA is now working closely with all the policymakers and, perhaps most importantly, it anticipates that most of these projects can move forward in 2018. Walawalkar has also praised the rising opportunities available for this technology in the private sector in India.

Manish Singhal added: “While we concur with IESA on the opportunities available in private sector, we believe it is still early days for storage in terms of rapidly evolving technology and hence at least utility-scale projects being capital intensive in nature will require some support from government being the early adopters of the technology to help this sector grow and evolve. Events like scrapping of NLC tender after it is opened – that too at a price which is significantly lower than government estimates – do not give comfort to players who are looking to enter Indian storage market and the government should be cautious about taking such decisions.”

Moreover, the viability and suitability of solar and storage on the Andaman islands was clear. Walawalkar said that the Andaman and Nicobar Islands government has to ship fuel for 1,200 kilometres and burn it on inefficient diesel gen-sets. Where such generators are used, there is an opportunity to improve efficiency by increasing loading of the generators for certain hours and shutting them down for other times where solar and storage can meet the load. These benefits mean the solar-storage project should ultimately go forward, but the delay is “very disappointing”, Walawalkar added.

He noted: “It basically seems like a minor roadblock. […] Everyone who has looked at the technical merits of the project has concluded that solar-plus-storage is the best option, so what is disappointing is [the] ability of MNRE to randomly change direction.”

With the retender due in the coming weeks, Iyer also noted: “Now, it will be thought-provoking to observe the action in the fresh bid round. Especially, in the background of developments and falling costs in the global energy storage market and also the rising interest of foreign players in India in the wake of the newly announced intention of [the] government of India to seed an Energy Storage Mission.”

Singhal said that Mahindra achieved its original lowest bid through “a fair assessment” of the tender conditions and some “forward-looking assumptions” on the costs of batteries with improvement in energy density and increasing number of cycles.

Walawalkar claimed that there is still plenty of positivity in the industry, with many government projects still expected to move forward, rising private sector opportunities, and SECI’s consultation on a 160MW solar-wind-storage hybrid in Andhra Pradesh. Just in Andaman and Nicobar, there are also 4-5 other solar-plus-storage projects being executed for the military engineering services (MES).

However, Walawalkar said: “It is very difficult to put the expectation on most tenders anymore, but we are very confident that on the private side things will now take off this year.”

MNRE has now constituted an Expert Committee on energy storage with a goal of releasing a ‘National Energy Storage Mission’ by April or May 2018, that would seek to emulate the success of the National Solar Mission (NSM).

While, Mahindra Susten is itself planning several other projects in the next few months, it is also considering a technology partnership with foreign solar storage technology companies to sharpen its capabilities and offer the service in other geographies.

Singhal added: “While solar with storage tenders in India will come up in a big way going ahead, there are some very big projects coming up in the Middle East, Australia and the US.”