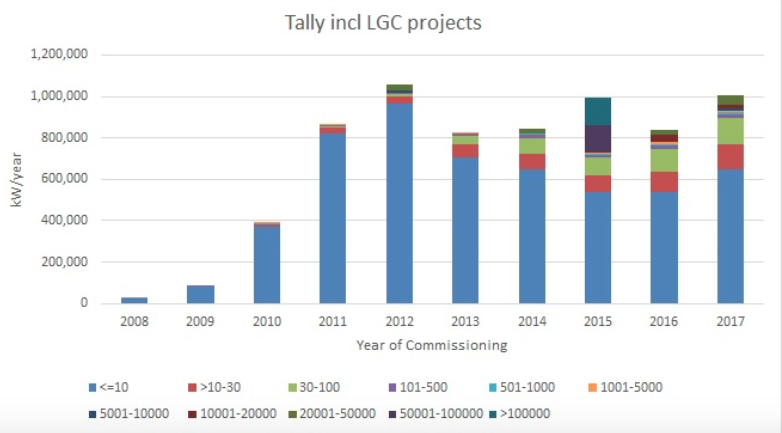 Australia has commissioned 1GW of solar this calendar year in its quickest ever time, according to analysis from consultancy firm SunWiz, while multiple other small-scale PV records have been broken.

A record amount of C&I rooftop solar has been installed, with 285MW by November and this already surpasses the previous best of 228MW of 2016.

The country has also seen the record number of sub-100kW solar systems registered in a month, with 122MW of STCs in November alone.

New South Wales saw its largest ever amount of PV registered in any month, while the average size of sub-100kW systems in Australia has grown to 6.7kW, which SunWiz said indicates the increasing proportion of commercial solar in the mix – yet another record.

To finish it all off, Australia has also seen the world's largest battery installed in record time.