Bifacial loses US tariff workaround as Section 201 exemption is axed 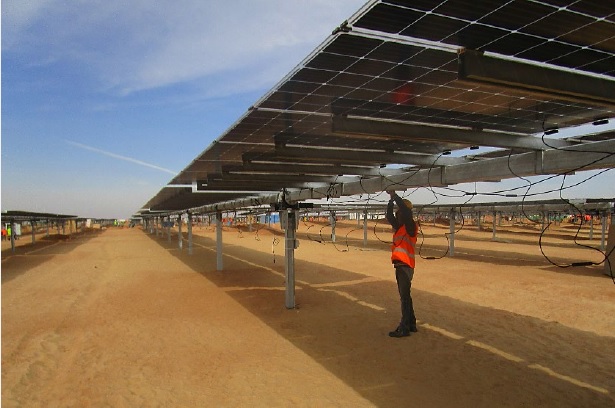 The US government has extended its solar import tariffs to bifacial modules, in a policy u-turn set to partially redraw the global trade flows of the fast maturing technology.

Over the weekend, the US Trade Representative (USTR) office announced two-sided PV modules imported into the US will lose in three weeks their exemption from so-called Section 201 safeguard measures, reverting its decision from June this year.

The USTR said it had decided to scrap bifacial’s reprieve from the tariffs – currently a 25% levy for module and cell imports, down to 20% in February 2020 – starting on 28 October, after concluding it was “undermining” the objectives of Section 201 safeguards.

The office claimed to have assessed “newly available information” since it granted the exemption in June. The fact-finding exercise found, the USTR said, that bifacial’s exclusion will “likely result” in marked rises of imports, building pressure on domestic monofacial and bifacial manufacturers.

The USTR, which negotiates trade deals worldwide on behalf of the US government, said the bifacial reprieve had triggered multiple inquiries and comments. Some contributors had warned the exclusion was poised to spark an “imminent surge” of bifacial imports, the office added.

The US move marks a setback at an otherwise auspicious time for global bifacial PV, with cost-efficiency gains persuading investors and developers to make two-sided panels the engine of major projects in the US but also Latin America and the Middle East.

In forecasts published in September, before the US exemption about-face, consultancy Wood Mackenzie predicted the global bifacial market would hit the 21GW mark by 2024, a ten-fold boom versus 2018 installed capacity figures.

Contacted by PV Tech today, Jenny Chase of BloombergNEF remained optimistic that the technology could grow faster still despite the Section 201 u-turn. “We expect bifacial to be used in almost all utility-scale plants by the early 2020s, so 21GW seems a lowball number,” the solar analyst said.

Chase did believe the application of tariffs will spell changes to bifacial trade flows: it will bring, on the one hand, “good news” to First Solar, SunPower, Jinko Solar, Hanwha Q-Cells and other makers with US factories and decelerate, on the other, the bifacial switch of manufacturing facilities in Southeast Asia.

But bifacial’s popularity, underpinned by technical factors, will not waver, Chase argued. “Our manufacturing analysis suggests that it's not hugely difficult to switch, and our downstream analysis suggests the technical performance is good for most systems that aren't tied to roofts,” she said.

“A good comparison [for bifacial] might be diamond wire saws, which went from being the ‘hot new tech’ to ‘just what everyone uses’ within two years,” the solar analyst added.

Whether bifacial will live up to bullish forecasts from analysts remains to be seen. As Wood Mackenzie has noted, the technology continues to be shunned by some investors, amid worries of data gaps around real-world performance and risks including panel overheating.

As PV Tech commentators argued on the sidelines of this year’s Solar Power International in Utah, technical aspects are also worth examining. Bifacial’s bulkier size and weight – partly driven by the fitting of modules between glass panes – may make it less optimal for some tracker types, it was said.

The US bifacial u-turn marks the latest twist of a long-running saga of trade disputes between the government of president Donald Trump and major economies in Asia and others, a conflict with ramifications for the solar industry.

The last few months have seen Washington DC lock horns with at least China and India over import barriers for PV components. Cases before the World Trade Organisation have swayed in Beijing’s favour, with the US ordered to review countervailing duties for PV imports.

The various trade barriers set up under the US-China trade war have impacted solar makers on either side of the divide. Only days ago, Norwegian firm REC Silicon cited the ongoing trade feud as it said it was mulling to sell a US factory, only months after mothballing another.

The exclusion in June 2019 of bifacial PV modules from the last round of US trade tariffs (January, 2018) came as a surprise to many, which had been supported by US utility companies – through a trade association campaign.

According to the Office of the United States Trade Representative, the exclusion of bifacial models had been granted, primarily due to the technology being new and in limited supply, therefore not deemed a threat to US manufacturing.

However, the lure of the potential performance gains and lower LCOE (Levelised Cost of Electricity), derived from the adoption of bifacial modules, notably with single-axis trackers attracted concern from US PV module manufacturers as few either fabricated bifacial cells such as PERC (Passivated Emitter Rear Cell) technology or relied on different technologies such as CdTe thin film

The exemption of bifacial modules from the trade tariffs will be withdrawn October 28, 2019. This was driven by petitions highlighting that the continued exemption would mean a “surge” of bifacial modules imports was imminent and would therefore “undermine the objectives of the safeguard measure.”

Bifacial modules have been the hit product at all the major PV exhibitions in 2019. However, despite numerous PV manufacturers showcasing the technology in p-Type, n-Type and heterojunction formats, major PV manufacturers have as yet, not kept up with demand globally and overall module demand in 2019 has meant many are sold-out and order books are already stretching into the second half of 2020.

Bifacial cell and module capacity expansions are ongoing, regardless of any impact to downstream PV projects in the US. Indeed, with the likes of Q CELLS and JinkoSolar having established and ramping module assembly in the US, it is unclear the production levels these major players will allocate to bifacial modules, which the cells, whether bifacial or monofacial would already have to be imported, whether granted exclusion under the quantity quota already in place or simply imported with existing tariffs.

The impact of the China 531 New Deal in 2018, which drastically limited utility-scale PV projects and end-market demand, led to a major decline in wafer, cell and module prices, which significantly eroded the US trade tariffs impact.

Although the US was expected to become a major destination for bifacial modules under the exemption ruling mid-year, the potential for further price declines remains as the technology continued to ramp into the double-digit gigawatt range in 2019 and into 2020.

Emphasis on greater optimisation of bifacial PV power plants should be expected, also eroding the impact of the US tariffs. This of course supports the global deployment of bifacial technology and is not specific to the US.

US solar prospects amid a changing policy landscape and ongoing trade wars will take centre stage at Solar Media's Solar & Storage Finance USA, to be held in New York on 29-30 October 2019

6 June 2023
Join us in Napa to unlock the key to reliable PV module supply to the U.S. market in 2023 & 2024. We'll also be gathering the main players in the US solar market for some wine tasting!
bifacial pv, bifacial solar, donald trump, north america, section 201, ssfa19, ssfusa, trade tariffs, trade war, us, usa