One of the biggest trends in PV manufacturing today is the adoption of black silicon – a technology that has been talked about for years but has only recently started to be produced at scale. Some of the benefits like uniform black cells that absorb more light and produce more current are obvious – but other benefits in improving FF and Voc are more elusive as is reliably producing the right structures to enable the best possible cell efficiency. ASG’s team has been working on black silicon for over a decade and this article provides some insights into the technology gained from that experience.

Black silicon refers to any nanotexture, but the geometry of the nanotexure can vary and small changes on the nanoscale have a large impact on the macroscale.  For example, the density, taper, and the length of nanowires drastically alter the optical reflection and absorption of the module. Figure 2 shows some example of structures all made using metal enhanced etching.

One of the key reasons for the increased in efficiency for black silicon solar cells is their lower reflection. So optimizing this low reflection is critical to realizing some of the benefits of black silicon solar cells. Since the structures are smaller than the wavelength of light, the light sees a combination of the silicon, passivation layer, and air as one material. For less dense nanostructures, as the light moves from the EVA to the tip of the nanostructures, the change is small and therefore the reflection is small. However, if the light is not completely scattered or absorbed by the time the light reaches the base of the nanowires, the transition to the underlaying bulk (non-nanostructured) silicon is abrupt and results in a large reflection from the base of the nanostructure. For densely packed nanotextures, the transition from the EVA to the top of the nanostructures will result in a reflection from the top surface.  Figure 3 shows the reflection for nanowire arrays with the percentage of silicon (fill fraction) varying from 25% to 41%. The minimum reflection for this geometry of nanowires is 34% fill fraction while 41% is too large and 25% is too small. This is just one example of how sensitive optimization of the geometry of the nanotextured array is needed to achieve the optimal cell efficiency.

When designing the shape of the nanostructures much needs to be considered. Some considerations include:

While many are using black silicon, the potential benefits far exceed what most are making use of. The benefits of black silicon go beyond enabling diamond wire sawn wafers. Efficiency boosts being reported are around 0.4%.5 While impressive for a new process at today’s cell efficiencies, it is likely further optimization could yield additional gains. A new material requires a new device design to make use of that material’s novel properties.6 Most cell manufactures have not yet optimized their cell process for nanotextured cells and thus are realizing only part of the benefits of these cells.

In addition to nanotextured traditional multi cells, black silicon could bring benefits to other cell structures as well. For mono crystalline cells, black silicon could enable cells designs without silicon nitride and with just using silicon dioxide or alumina to passivate the surface, since an anti-reflection layer is not required with black silicon. This cell design is especially relevant for higher efficiency designs that currently use both a passivating layer and an anti-reflection coating. In addition, metal enhanced etching can be a singled sided process leaving the backside smooth for high efficiency cell designs. Another advantage of black silicon, if properly designed, is the sharper features in some nanotextures can result in improved screen printing thus increasing fill factors and adhesion. Sharper features lead to better contacts.

Nanotextures can also be used in a low-cost process to remove passivation for metal contacts. By gently raking a metal comb over the surface of the nanowires, the tips of nanostructures can be cleaved off to expose the underlaying silicon. Metal contacts can then be deposited to this surface.7

An expert on black silicon technology, having worked on nanostructured silicon for over 10 years and on nanostructured materials for 20 years,  Dr. Black previously co-founded Bandgap Engineering, and worked at Los Alamos National Laboratory and Motorola.  Marcie holds a Ph.D. from MIT in Electrical Engineering.

A 35 year veteran of the PV industry including roles at pioneer Solarex/BP Solar and as an independent consultant, Bill holds a B.A. in Physics from Johns Hopkins University, an MSE in Energy Engineering from the University of Pennsylvania, and an MBA from that University’s Wharton School of Business. 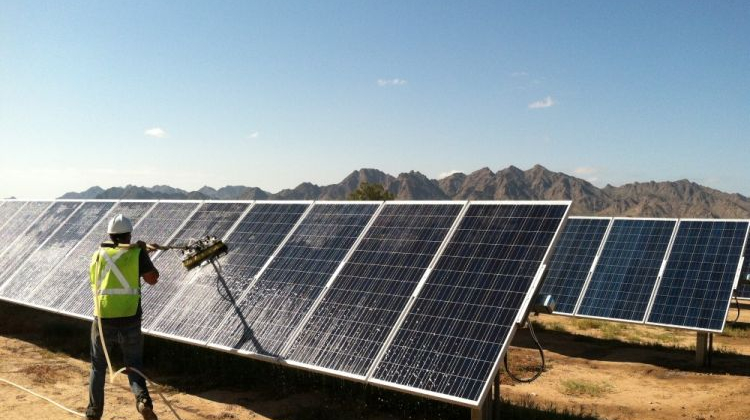 March 17, 2022
Canadian Solar said it expects margin pressure at its manufacturing division to ease throughout 2022, with demand returning in China from Q2 and pricing strategies used to offset soaring material and logistics costs.