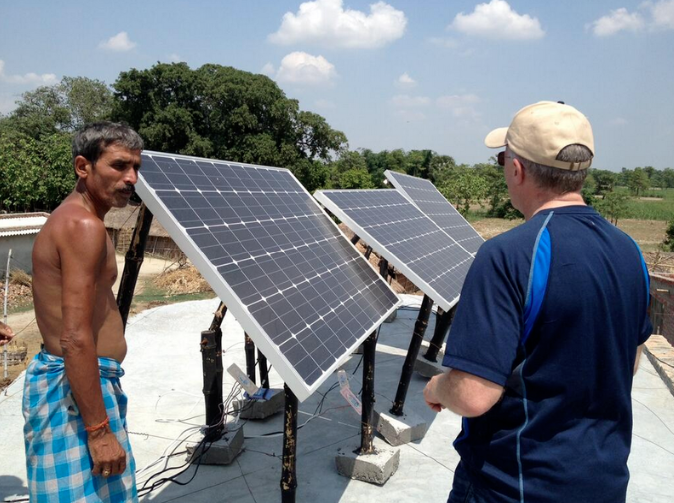 While the Indian solar industry has shown gratitude to the government for its recently announced ~US$1.6 billion boost for the rooftop PV programme, some industry members believe there are too many processes for the subsidy scheme to be effective.

Problems with the prior subsidy scheme for residential rooftop PV have been well documented and there are concerns that raising the subsidy percentages for certain PV systems and increasing the cash pot will simply see those problems continue unless the support model is changed altogether.

Sinha told PV Tech that the approval for the second phase of the grid-connected rooftop solar (RTS) programme would “give a big push” towards reaching India's original 40GW by 2022 target.

“The second phase that seeks to extend financial support of between 20-40% of the cost depending on the size of the installation is a crucial element of the policy decision,” he said. “Heavy front-ended investment of RTS has been the single biggest challenge holding back its deeper penetration, particularly in rural and semi-urban parts of the country.”

Sinha also stressed that the residential segment accounts for just 9% of rooftop installations in India at present with almost 70% covered by the prolific commercial and industrial (C&I) sector, so the new financial assistance being offered to Group Housing Societies and Residential Welfare Associations should also help better adoption of RTS among residential power consumers.

However, Sishir Garemella, founder and CEO at rooftop solar firm Sunvest Energy, told PV Tech that the success of a subsidy programme is largely driven by grassroots-level implementation; in other words, how well the subsidy is disbursed.

While Garemella showed appreciation for the government support, he also noted that subsidies for residential segment in the past have been hindered by frictions in the lengthy process of moving capital from central government, to state government, to various agencies and distribution companies – perhaps even a tendering process – and finally onto the consumer. There are simply too many processes.

“If that friction can be eased out, I think this is a very successful move,” he added.

Nonetheless, Garemella would have preferred a different form of incentives such as a tax subsidy, or a financial benefit – for example – an accelerated depreciation benefit, which is currently enjoyed by the C&I sector to great effect.

He also cited the US’ PACE programme a model example of a successful rooftop support scheme.

Referring back to the Indian programme, he said: “As a homeowner, there are too many voices there and the ease of getting subsidies is far too difficult compared to the benefit of getting a tax depreciation. Between the centre that wants to incentivise and the final consumer, there are so many players and so many processes.”

Without resolving this, Garemella fears that the household solar sector could remain at its current levels of just a few hundred megawatts annually – “nothing meaningful compared to the massive residential solar potential of India”.

On a different note, Garemella praised the new incentives for Discoms to go solar – adding: “fundamentally getting Discoms involved is a great idea – alignment of incentives will drive last mile adoption.”

He added: “There are many inherent issues with such a policy – upfront subsidies distort incentives for the solar value chain as it incentivises mis-selling and speedy execution rather than quality and performance. Past subsidy schemes have suffered very heavily from delays in actual allocation and disbursement of funds. The high cost of administering such schemes wipes out almost 50% of the proposed benefit and the end consumers gain notional benefit.

“It would have been much more preferred if the government had used this money for generation-based incentives or other initiatives such as consumer awareness, capacity building, skills and training etc.”

Rustagi also noted that the residential solar market stands at present at just 120-250MW per year (544MW as of 31 December 2018) and the proposed targets are “unrealistic” on that basis. The consultancy's weekly newsletter even described the government's announcement, combined with a huge agricultural solar subsidy (KUSUM scheme), as “more like an exercise in political posturing rather than a serious intent”, given the proximity of the forthcoming general election.

This is not the first time that Bridge to India has said India’s rooftop solar policy was misplaced, having once described it as in “no man's land” at the end of 2017.