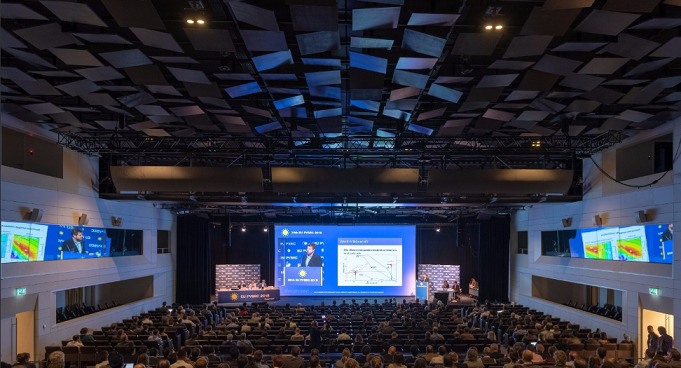 A new organisation aimed at representing the entire PV manufacturing value chain in Europe, from materials and module manufacturers to equipment providers and institutions, is being planned for launch in 2019.

The plans were announced by Arnaud Chaperon, Total Group’s vice president of European public affairs and former head of its renewable division, on the opening day of EU PVSEC in Brussels this week.

The aim is for the ‘European Solar Manufacturing Council’ (ESMC) to have all parts of the sector represented, its founders have claimed.

The ESMC members would allegedly give member states of the European Commission direction when looking for the right individuals or groups with whom to discuss the matter of PV manufacturing in Europe. In this way no part of the value chain – all of which need each other to exist – would be ignored in such discussions.

PV Tech understands that 30 companies and institutions were already on board before the announcement this week, made up of the key PV manufacturers, equipment suppliers and various institutions, while others are to follow during the next few weeks. A website is also due to go live imminently.

Andreas Bett, director of Fraunhofer ISE, one of the founders of the Council, told PV Tech that the European industry has many small enterprises and many have asked for an organisation that is pushing and supporting them in this way.

He described a “natural alliance” between the industrial leadership of business leaders combined with the continent’s various institutions and R&D outlets, that can help turn top results in research into products.

Bett added: “We want to focus on manufacturing because we believe it’s a strategic point for Europe that we have manufacturing available looking into the future, because the market will grow I’m absolutely sure. We have to fulfil our climate goals and that means we have to install wind and PV – and we from the PV part have to really care that we have at the end the knowledge in the long-term available.”

The curators of the Council are hoping for alignment within the industry in order to set up the right framework conditions and to ask for political support and societal support for having this kind of value generation within the EU.

When asked if the ESMC announcement had come in reaction to the closure of the minimum import price (MIP), Bett said the Council had been in the works regardless of any trade action.

Luc de Marliave of Total Group also told PV Tech that it was important for the solar manufacturing and R&D community to have its voice heard in Europe.

The next steps for the Council are to build up the full organisation, with a view to having its full foundations in place within the next 6-12 months with a full wish list from the industry.

Chaperon recently told PV Tech that the European Commission’s decision to end the MIP on solar imports from China sends the wrong message about Europe’s future support of the battery storage industry. European manufacturing survivors has also divulged how they foresee the route to remaining prosperous after the MIP closure.

27 June 2023
Join us in London for 2 days as we look at the UK’s new landscape for utility & rooftop solar. Understand the new opportunities within this GW-plus annual market!
andreas bett, associations, esmc, eu, europe, fraunhofer ise