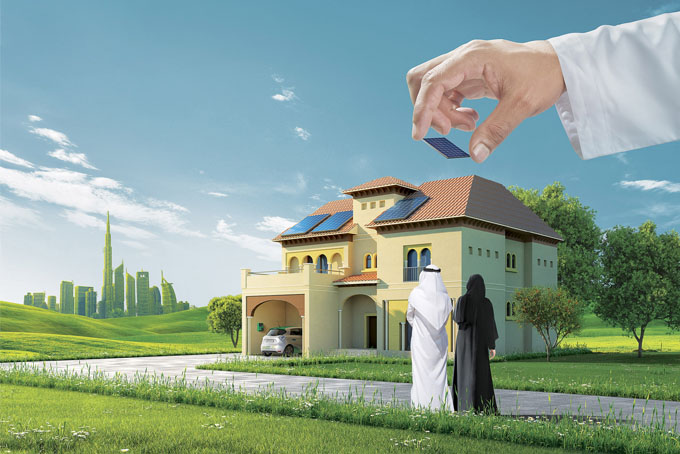 As part of this charter, the Dubai Electricity and Water Authority (DEWA) has launched a project to install PV panels in 10% of the homes of UAE nationals within Dubai and connect them to its grid.

HE Saeed Mohammed Al Tayer, MD & CEO of DEWA, said: “As soon as His Highness Sheikh Mohammed bin Rashid Al Maktoum, Vice President and Prime Minister of the UAE and Ruler of Dubai, launched the 50-Year Charter, we pledged to abide by it. This has nine articles that incorporate his vision for the future of Dubai and the life he wishes for everyone living in this community.

“DEWA has developed a plan to implement the directives of His Highness in article number 7, which is related to energy-self-sufficiency in 10% of citizens’ homes. This will help change their lifestyle and contribute to the preservation of the environment. DEWA has awarded the projects to six contractors who will start work immediately. The project will be completed before the end of 2019, and DEWA will bear all the costs of the project, which contributes to achieving the happiness of citizens.”

Al Tayer added that the Etihad Energy Services Company (Etihad ESCO) will oversee the implementation of the project, which also includes the installation of energy-saving lights and water-savers to cut down on both electrical and water usage.