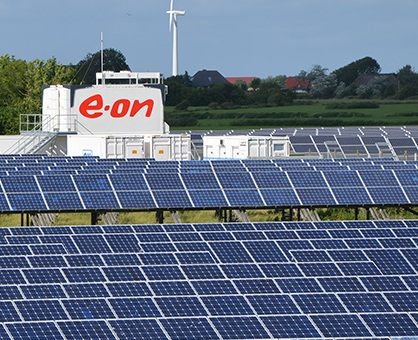 The companies will make use of a 600MW VPP comprising distributed generation assets in both Germany and the UK to provide surplus power to electrolysis plants whenever needed. In tandem, the VPP will allow power otherwise earmarked for hydrogen production to be diverted to the grid at times of high demand.

The entire process will be controlled automatically by E.On’s VPP software, adapting generation and consumption in accordance with network loads.

The method has been successfully tested within a pilot scheme, dubbed Carbon2Chem, using a plant with a capacity of 2MW in Duisburg, Germany.

Due to the fast-response nature of thyssenkrupp’s electrolysis plant, the companies also pointed towards the potential for the technology to participate in primary control power markets, a method that has already been tested with Germany’s transmission system operator.

Thyssenkrupp and E.On are now marketing the ‘Power-to-X technology’, promoting the VPP coupling as an additional option for operational hydrolysis plants.

Stefan Hakansson, chief executive at E.On Business Solutions, said the collaboration with thyssenkrupp followed the company’s principle that any conversion of industry to clean energy must be “essentially economical”.

“With our expertise in all aspects of the energy market, we are also succeeding in breaking down a barrier to the sensible use of hydrogen to generate electricity,” he added.

Christoph Noeres, head of energy storage & hydrogen at thyssenkrupp, added: “We have achieved another important goal. Previous tests had already shown that our electrolysis plants produce green hydrogen with high efficiencies. At the same time the plants are responsive and flexible enough to participate in the balancing energy market. Our plants thus make a decisive contribution to a stable power supply and at the same time make a significant contribution to the economic efficiency of green hydrogen.”

Hydrogen production has emerged as a trending topic in the renewables space this year, with a number of pilot projects aimed at exploring the synergies between clean energy and hydrolysis having launched. Some of the largest projects have been pegged for Australia, where oil and gas major BP has landed government funding to explore the feasibility of renewable hydrogen projects.

Europe too looks set to be a destination of high levels of funding for green hydrogen projects. The European Union is due to unveil its own green hydrogen strategy next month, with rumours and leaks of draft text pointing towards a significant amount of support being made available for the launch of power-to-hydrogen projects in the continent.

4 October 2022
Solar & Storage Finance USA, the only event that connects developers to capital and capital to solar and storage projects, will be back in November 2022.
e.on, finance, green hydrogen, hydrogen, investment, thyssenkrupp