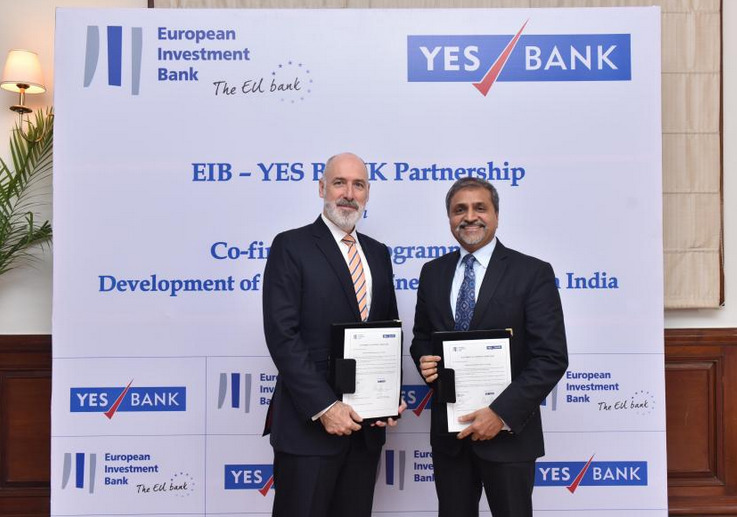 EIB will provide a 15-year US$200 million loan, with the remainder of the financing coming from Yes Bank, project promoters and other financial institutions.

Details of the new initiative are expected to be finalised in the coming weeks, although the aim is to streamline project financing and an EIB release said that eligible solar projects have already been identified in the states of Rajasthan, Telangana, Maharashtra and Karnataka, with other solar and wind projects under examination.

“With this transaction we remain well on track to achieve our commitment to finance 5,000MW of RE made at the first Re-Invest summit in Feb 2015 and is also synchronous with our COP 21 commitment of mobilizing US$5 billion for climate finance by 2020,” said Rana Kapoor, managing director and chief executive of Yes Bank.

Back in June, three major development banks joined Yes Bank by signing a charter to mobilize green investments in India.