Electroluminescence inspection: Revisiting the hidden side of a PV module

The large solar PV deployment experienced in recent years is a consequence of dynamic advances and optimisations of several techno-economic and social features, so that the present state of the solar PV market is now healthier than ever. Today’s PV plants are based on hundreds of thousands of large size crystalline silicon panels made of e.g. 150 pieces of state-of-the-art solar cells, linked through innovative connection approaches, with bifacial modules becoming a mainstream technology. These modules are, in turn, produced inline by gigawatt-based companies and shipped to sites in record times worldwide.

Regarding module manufacturing, the continuous – sometimes not properly validated –innovations and production line upgrades required to mass-produce brand new modules and serve the rising market demands have historically led to novel solutions, but also, to a misjudgement of not easily detectable quality defects coming from solar cell assembly into modules. Likewise, construction costs, mounting and grid connection lead times for utility-scale PV plants have been drastically reduced over the years.

Overall, this suggests that the implementation of increased levels of inspection by means of cost-effective and fast techniques is more than ever justified. Thus, considering that a PV module could be constantly subject to damages at different stages of a PV project, there is no doubt that the oft-used Electroluminescence (EL) inspection technique is one of the most widespread tools able to survey PV modules in a massive and affordable way. Indeed, today, everyone involved in PV project development is aware of the EL inspection as a non-invasive and hands-on methodology for the detection of electrical-based defects in solar PV modules [1].

Briefly, performing an EL measurement over a PV module implies injecting current in forward bias through a DC supply source, typically in dark conditions, in order to reach proper signal-to-noise ratios and then get good-quality EL outcomes. As a result, the PV device’s active parts spontaneously emit luminescence radiation in a certain wavelength, which is then collected by a suitable detector. The EL emission is processed into a contrast image or map, unveiling regions with different luminescent activity, ultimately interpreted as defects, which cannot be detected by the human eye.

In practice, an EL analysis will reveal healthy or defective regions within the sample being inspected, presenting different series and shunt electrical resistances, in a qualitative, fast and straightforward way. Modulating the level of current injection will account for different electrical resistance regimes, therefore helping understand what is going on in the cell or module under test. Therefore, any low EL image contrast feature will generally infer the existence of hidden defects in its structure or architecture causing it to happen.

Since early times, from the works by Fuyuki et al. [2], the EL inspection keeps being implemented, together with the Infrared Thermal inspection (IR), as a reliable, cost-effective and massive quality screening technique for PV module suppliers, laboratories and even EPC players. Over the years, the patent and extended implementation of the EL testing has motivated great improvements in operational inspection modes, such as mobile labs [3], drones [4] and also advanced image processing [5], to the point that, nowadays, the original and rather utopic ability to also perform EL imaging in standard daylight conditions has been realised [6].

A wide range of EL signal collection detectors are at present used for various applications; in short: silicon-CCD systems, cost-effective CMOS reflex cameras (duly adapted to the 1150 nm emission of crystalline silicon devices), or those based on InGaAs, expensive but especially efficient for certain cases. Choosing one of them is, in the end, a trade-off amongst resolution, sensitivity, spectral range and, ultimately, price, depending on the EL inspection context and eventual goal.

However, as a common evolution for every new technology that is rapidly and successfully applied in end-user market applications, the affordable, non-destructive and intuitive nature of EL has in turn led to certain overuses and misinterpretations, sometimes leading to major consequences influencing a PV project’s economics. This comes from the use of the unquestionably valuable, but somewhat limited qualitative-based information that is accessible from an EL picture.

The interpretation of an EL image has always suffered from biases or a certain subjectivity, stemming from the lack of consensus in the industry about what an EL defect is. Also, the often rather unknown physical and chemical mechanisms and ensuing short-to-long term impacts behind the issues revealed in a damaged solar cell makes the consequences of EL analysis more complicated. In this regard, the TC 82 work group of the International Electrotechnical Commission (IEC), devoted to solar systems and devices, recently released the IEC TS 60904-13:2018 document [7], aimed at establishing a series of recommended practices for capturing, processing and interpreting an EL image, as a preliminary guideline of an eventual standard applicable in the PV industry.

In any case, even if the mainstream market ends up adopting these standard guidelines, it is likely that there will always be room for EL interpretation to eventually become a universal, conflict-free and unbiased methodology for defects detection and categorisation. This is especially relevant in cases where EL inspection is used to correlate images with PV module performances, despite the interesting attempts made to date [8]. In some situations, extrapolating EL-based outcomes to financial or legal consequences does lead EL inspection to be complemented by other well-known module characterisation approaches such as I-V curve measurement or IR thermography, enabling a complete understanding of the mechanisms behind the defects and then draw more accurate and fair conclusions, especially in cases where penalties or warranty claims are involved.

Notwithstanding this, and thanks to the surveying role of expert third-party inspection and testing entities such as Enertis; EL will remain an essential means to check the quality condition of a PV module in different situations during the PV project lifetime: i) yet from the definition of defect criteria in a Module Supply Agreement (MSA) or EPC contract; ii) through the physical collection and assessment of EL images during modules’ production; iii) prior to shipment; iv) upon delivery; v) and even after installation in fixed structures and trackers.

EL inspection is, therefore, of great interest and support for the implementation of reliable solar PV power as the main source of clean energy worldwide. Thus, sooner or later during the development of a solar PV project, the discussion about setting module’s EL defect criteria, sampling rules for testing and derived liabilities in case of non-conformities shall ultimately come up.

At this point, around fifteen years after EL burst onto the solar industry, within the era of the innovative and high-powered PV cells/modules being at present launched by vertically integrated gigawatt-based manufacturers, produced and then installed in amazingly short times, we herein review the circumstances for which an EL analysis, designed and performed by expert independent advisors, can be an important decision-making tool for EPC companies and PV owners.

For this purpose, real cases devoted to EL inspection activities performed by Enertis in different project development and market contexts are reviewed and commented, namely:

Vicente is the Head of Quality and Technology at Enertis Solar. He has a 13-year track record in the PV industry, as Technology Manager in solar companies devoted to silicon ingots, wafers, cells and modules manufacturing. For Enertis, he has led numerous PV plant’s troubleshooting activities, factory/production inspection (modules and BOS equipment) and supply agreement advisory activities, covering 20GWp+ experience so far.

Ignacio is the Head of Testing and Optimization at Enertis Solar. With more than eight years of experience in the photovoltaic industry, Ignacio has managed project due diligence processes, EPC and O&M contract negotiations, expert works during arbitrations and QAQC campaigns related to more than 150 photovoltaic plants around the world. Currently, he leads Enertis Solar´s QAQC activities during post-shipment, post-installation, commissioning and operation phases.

Ruperto is a Process, Manufacturing and Technology Senior Engineer with a 17-years’ experience in the PV and semiconductor industries. Ruperto has led several projects with international partnerships related to turn-key projects of new PV module manufacturing lines in China, India, Mexico and Poland. Since 2017, he is the Quality Operations Manager in Enertis Solar.

Sofía is the R&D Manager at Enertis Solar. She has worked on the development of innovative defect detection systems in PV solar modules based on EL and PL, coupled with categorization and classification techniques. She is currently devoted to the coordination of different lines of research focused on the understanding and technical assessment of bifacial technology as well as on the application of machine learning technologies in different areas and works on the transfer of knowledge to Enertis services.

Lucas is a Senior Engineer devoted to Data Science activities for Enertis’ Business Development area. He has more than 10 years’ experience in the development of mathematical models applied to machine learning in different academic and industrial sectors, now focusing his work and know-how on the modelling of PV plant performances and EL/thermography image processing. 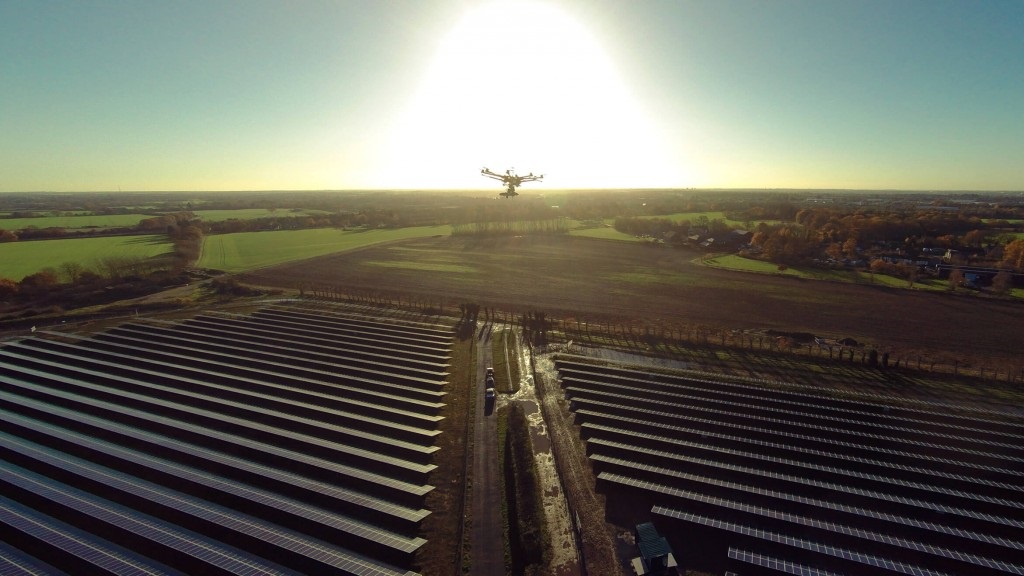 How artificial intelligence will change solar O&M and asset management

September 3, 2021
PV Tech spoke to experts in the artificial intelligence-solar space to explore how it was being used in the industry and the potential benefits it could bring to the sector 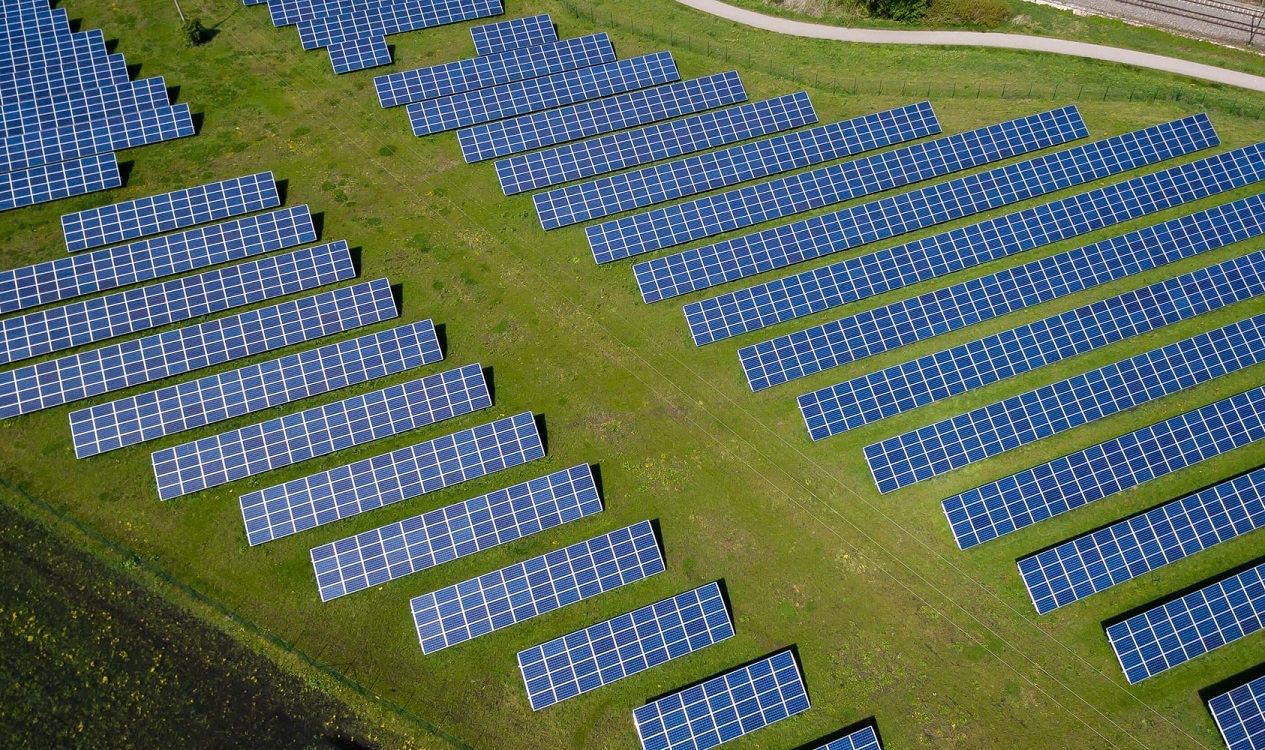 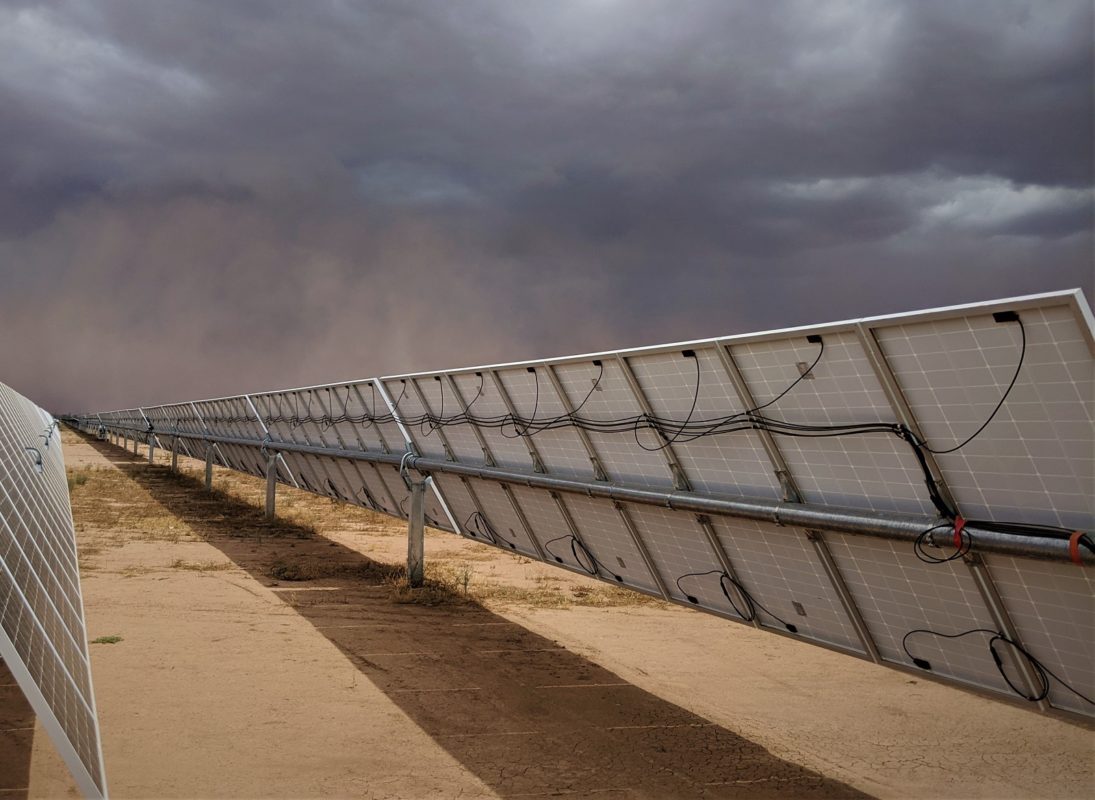 Extreme weather protection: How to ‘weatherise’ a solar installation

June 29, 2021
With extreme weather events becoming increasingly common, Molly Lempriere takes a look at how to ensure a solar installation is prepared to manage wind, hail, heat and anything else nature has in store.