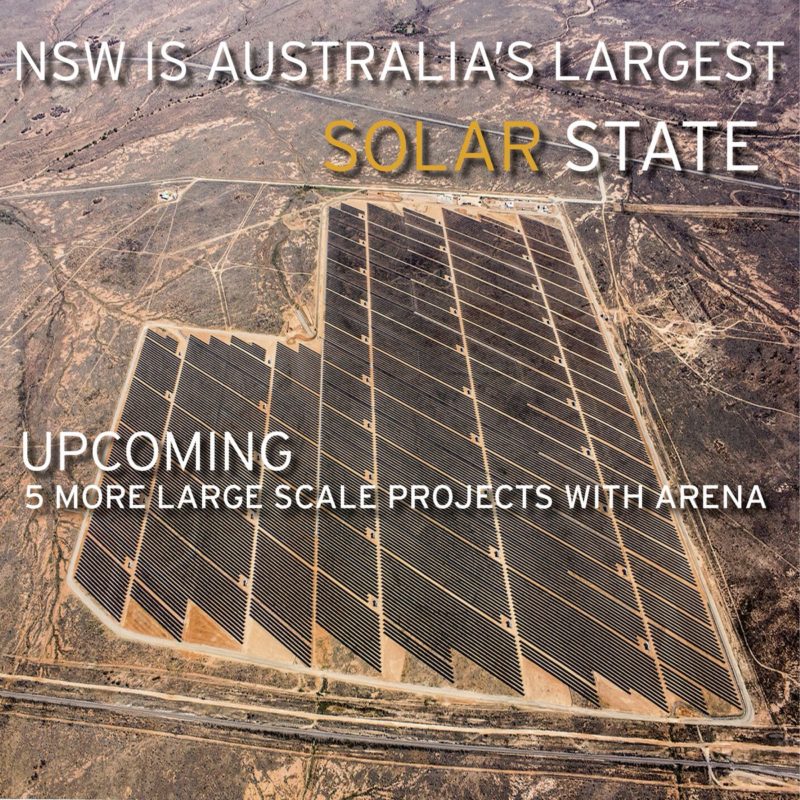 Major power firm EnergyAustralia has confirmed it will soon sign power purchase agreements (PPAs) for 500MW of wind and solar projects across eastern Australia, in contracts worth AU$1.5 billion (US$1.12 billion).

EnergyAustralia owns and operates a multibillion dollar portfolio of energy generation and storage facilities including coal, gas and wind assets, to service 1.7 million customers across Australia, but it is looking to diversify into clean energy.

Expected by the end of this year, the first commitment will be a 13-year PPA signing for the 42.6MW solar farm at Manildra in regional New South Wales. The plant is supported by funding from the Australian Renewable Energy Agency (ARENA) under its large-scale solar funding round and is being developed by First Solar. Construction is scheduled to start in early 2017 for completion in 2018.

EnergyAustralia managing director Catherine Tanna said negotiations between EnergyAustralia and developers of the other solar and wind projects across eastern Australia were at an advanced stage.

The firm has so far underpinned more than AU$1 billion of capital investment in new renewable generation, having previously signed PPAs for more than 450MW of wind farms in New South Wales, Victoria and South Australia.

EnergyAustralia managing director Catherine Tanna said: “EnergyAustralia owns two of the largest coal-fired power stations in the country, providing customers with reliable, affordable electricity. But our operations also generate more than 20 million tonnes of carbon dioxide a year at a time when the community rightly expects us to play our part in lowering carbon emissions.

“Owning big power plants comes with the responsibility of promoting and leading the development of cleaner forms of energy. That’s why we’re committing to buy 500MW of power from new solar and wind projects around the country, providing the support they need to get built.

“These are the projects which will come to underpin energy supply in Australia as coal-fired power plants are retired, so customers continue to enjoy reliable, affordable energy.”