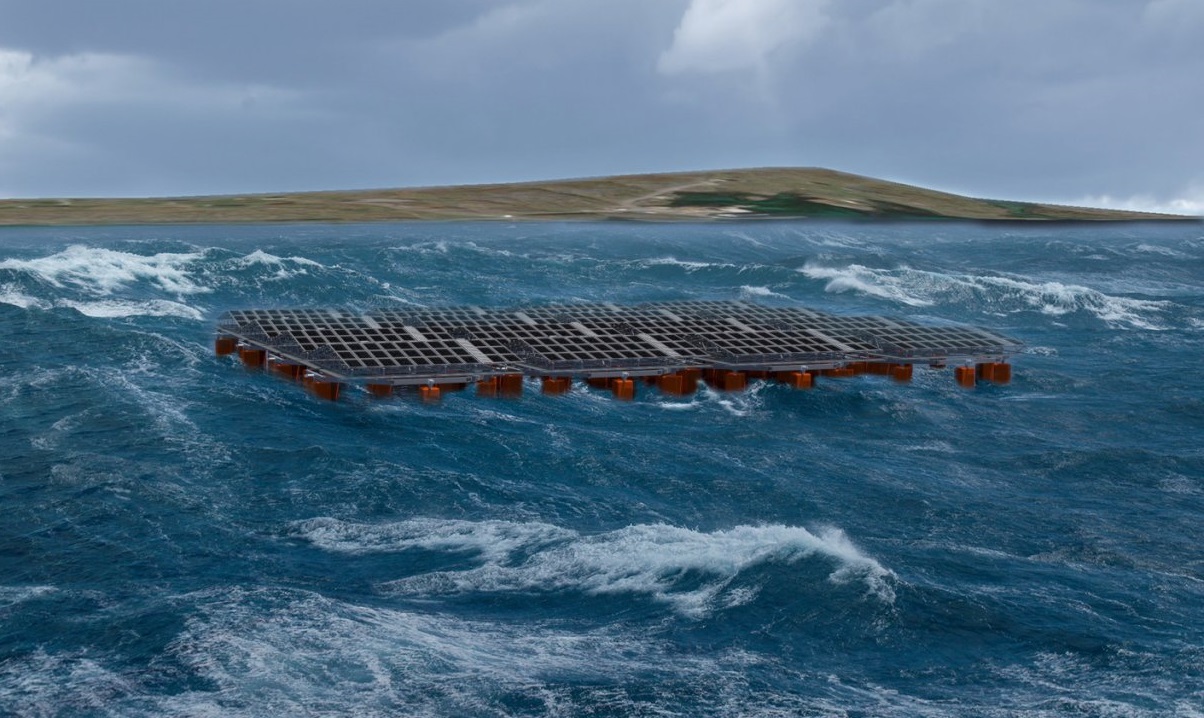 Equinor has revealed plans for a new floating PV pilot project to explore the potential of developing offshore solar plants in rough waters.

The oil and gas major will partner with engineering company Moss Maritime for the development, which will be built this summer off the coast of Norway, near Trondheim, and measure 80m x 80m.

Equinor said the purpose of the plant is not primarily to see how much energy it can produce, but how the weather conditions affect the installation. “If we succeed here, we can succeed anywhere,” said Hanne Wigum, who heads Equinor’s technology unit focusing on wind and solar power.

The facility, which will sit less than 3m above the sea surface, will be tested for a minimum of one year and supply electricity to the power grid on the island of Frøya.

Moss Maritime has been working on the project for the past three years. The concept has now been “substantially matured, both technically and economically”, according to Alexander Thøgersen, the company's vice president of engineering. “The floating pilot plant will be an important step on the road towards technology commercialisation and an important arena for further development and optimisation of the concept.”

The development will be the third floating PV research project Equinor is involved in, alongside one in the Netherlands and another in Sri Lanka, which is being tested in calm waters to decide how to produce as much energy as possible.

“We choose to perform several research projects in parallel because of the rapid growth within renewable energy. This enables us to acquire optimal knowledge about this as early as possible”, said Wigum.

Offshore floating PV plants present additional challenges to developers compared with facilities built on bodies of water such as lakes or reservoirs: tidal movements and currents can make mooring and anchoring more challenging, while components can be affected by the salinity of seawater.

Other notable offshore floating testbeds include an 80kWp plant in the United Arab Emirates and a 50kW facility in the Dutch North Sea that withstood two storms early last year. Oceans of Energy, which developed the plant off the coast of the Netherlands, said that despite being battered by extreme winter weather, the mooring system and floaters remained stable and intact.

Meanwhile, a floating solar plant constructed on a lake in the Philippines by local developer SunAsia Energy aims to demonstrate how the technology can withstand typhoons in a region that has on average 20 storms each year.

Successful pilot plants combined with falling costs for floating PV are leading to a growing interest and use of the technology, according to a recent report from Fitch Solutions. The consultancy expects nearly 10GW of new floating solar capacity to be installed by 2025, with Asia dominating the project pipeline.