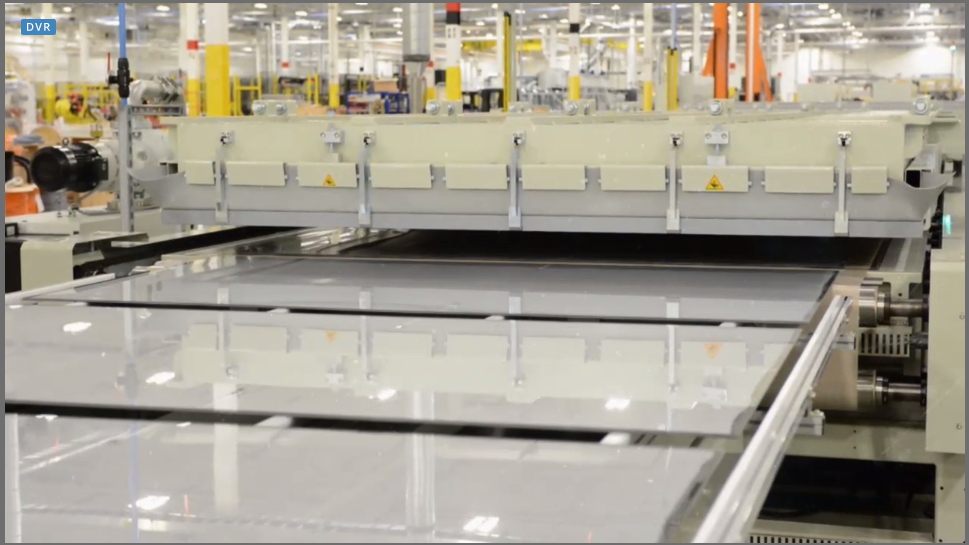 Leading thin-film manufacturer First Solar highlighted at its 2017 Analyst Day event that it had recently fabricated the first functional CdTe Series 6 thin-film panel at its Perrysburg, Ohio plant, which is spearheading the transition to the larger format at all of the company’s manufacturing plants based in Malaysia and Vietnam.

First Solar said that the major milestone in a factory retooling that had started just under one year ago included approximately US$177 million in capital investment and a bet with the site engineers and employees that should the first panel be produced before the beginning of December then two of its executives would have their heads shaved.

The executives having shaved heads the day after the analyst event are CTO, Raffi Garabedian and COO, Tymen deJong.

The new production line at the Perrysburg plant for Series 6 panels was said to have an initial 600MW capacity.

“This is an extraordinary accomplishment, by any measure,” said First Solar CEO Mark Widmar. “Last November, we were in full Series 4 production mode. Since our decision at the end of 2016 to rapidly transition to Series 6, we’ve hit every incremental target with precision. We are absolutely delighted to be on track for delivery of commercial product early next year.” 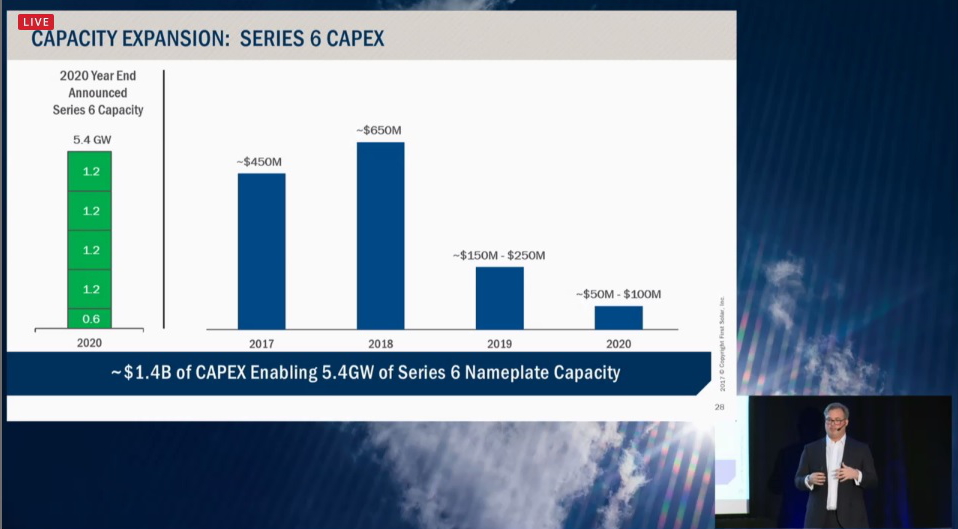 Also during the meeting with analysts, First Solar announced that it is expanding its production facility in Vietnam, essentially doubling production capacity of the initial site, which is still under construction.

Annualized production capacity in Vietnam, when fully operational, will be 2.4GWdc. This, in combination with Perrysburg and facilities in Kulim, Malaysia, will give First Solar a total Series 6 manufacturing capacity of approximately 5.4GWdc by 2020, and represents approximately US$1.4 billion in capital investment. 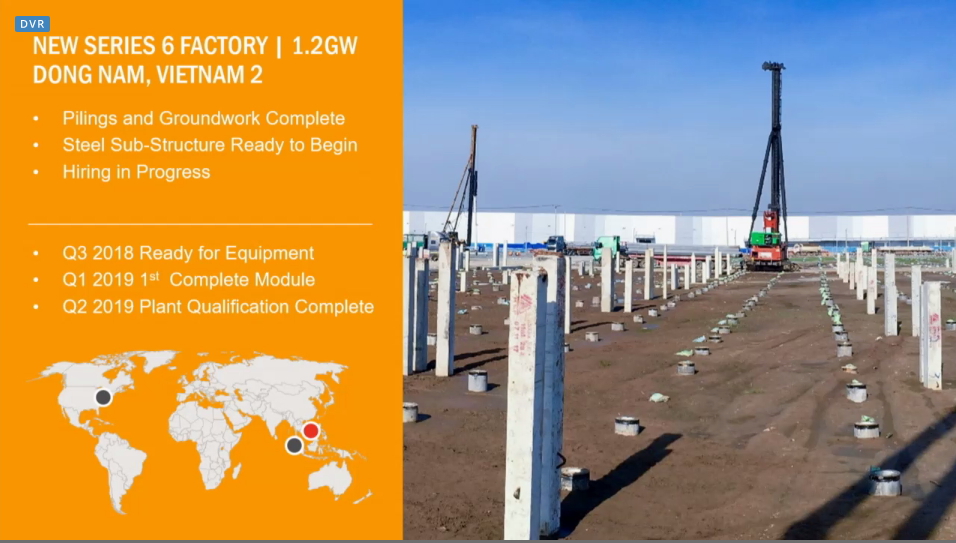