Leading polysilicon and solar wafer producer GCL-Poly Energy Holdings reported lower revenue and profits than expected in the first half of 2017, primarily due to wafer price erosion, only partially offset by higher wafer production volumes and stable polysilicon prices.

Although new solar PV installations in China exceeded 24GW in the first half of 2017, GCL-Poly could not financially benefit from the boom directly.

PV Tech had previously highlighted that GCL-Poly’s wafer division, GCL-Poly (Suzhou) New Energy, which is the main revenue generator had reported first quarter revenue of approximately US$634.4 million, down over 20% from the prior year period but the polysilicon purchase price on a year-on-year basis had increased more than 20%, while wafer selling prices in the same period had decreased more than 20%.

Profitability would have come under even higher pressure if it was not for wafer production volumes in the first quarter of 2017 increasing by approximately 19.2%, compared to the prior year period.

The majority of  polysilicon production is consumed in-house for the production of multicrystalline wafers, despite its average polysilicon prices remaining stable at US$15.1/kg in the reporting period, external polysilicon shipments were 4,888MT, down from 6,380MT in the first half of 2016, limiting revenue generation from this business unit.

GCL-Poly’s polysilicon operations also remain capacity constrained at 70,000MT per annum. Given a 2GW increase in in-house wafer capacity in the first half of the year, less polysilicon was available as external sales. The company had previously announced a major expansion in polysilicon production but this will take several years to come on stream.

GCL-Poly reported wafer production capacity had increased to 20GW in the first half of the year, up from 18GW at the end of 2016. 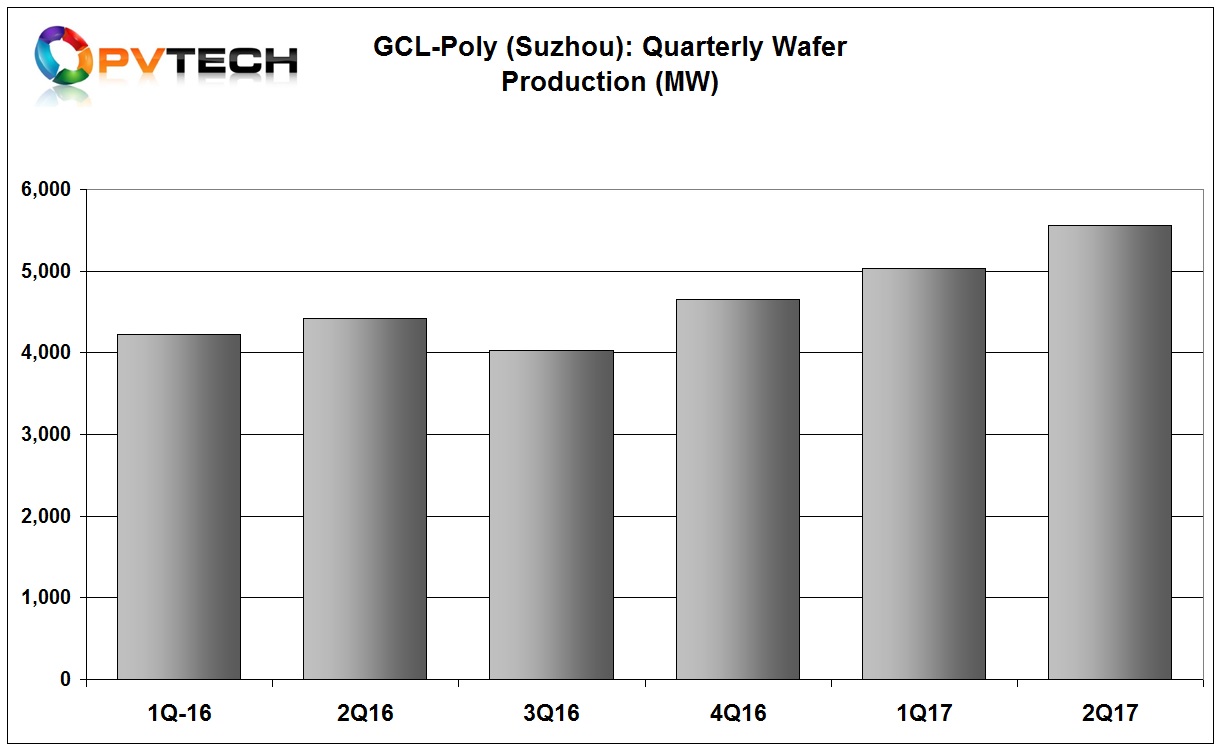 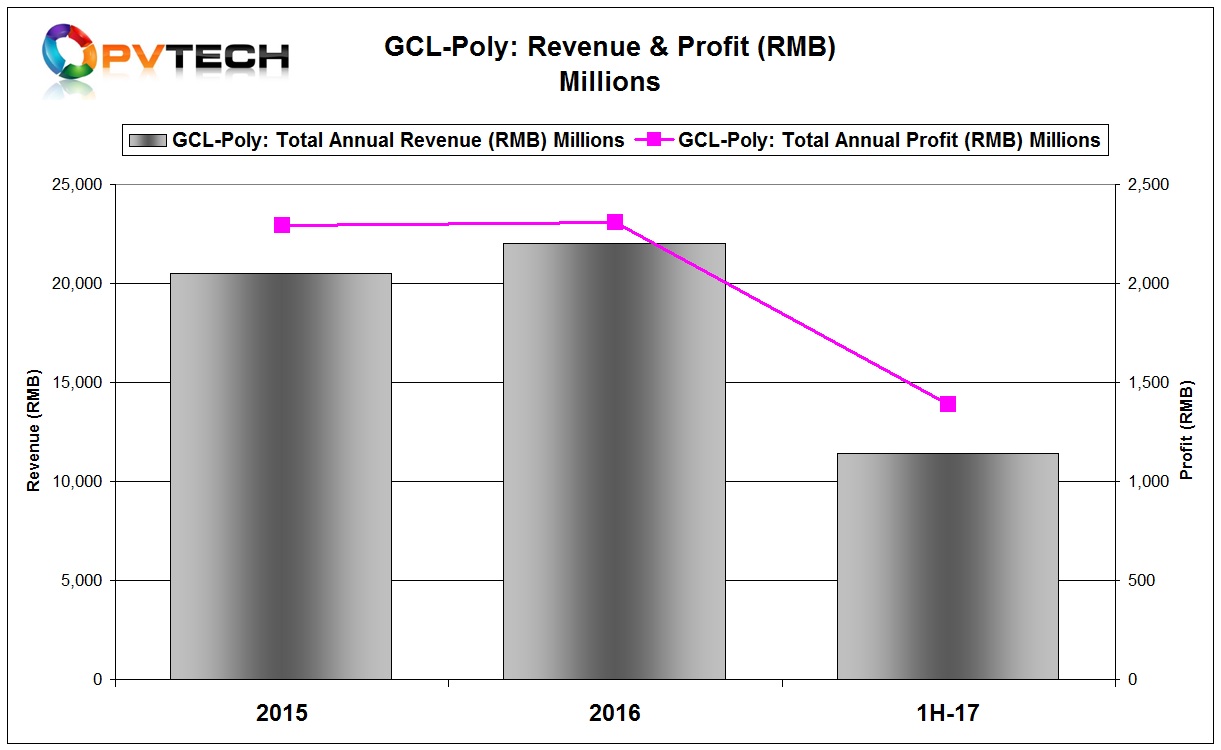 Wafer sales were releatively flat quarter-on-quarter, despite wafer production and shipments higher. This was due to ASP declines. 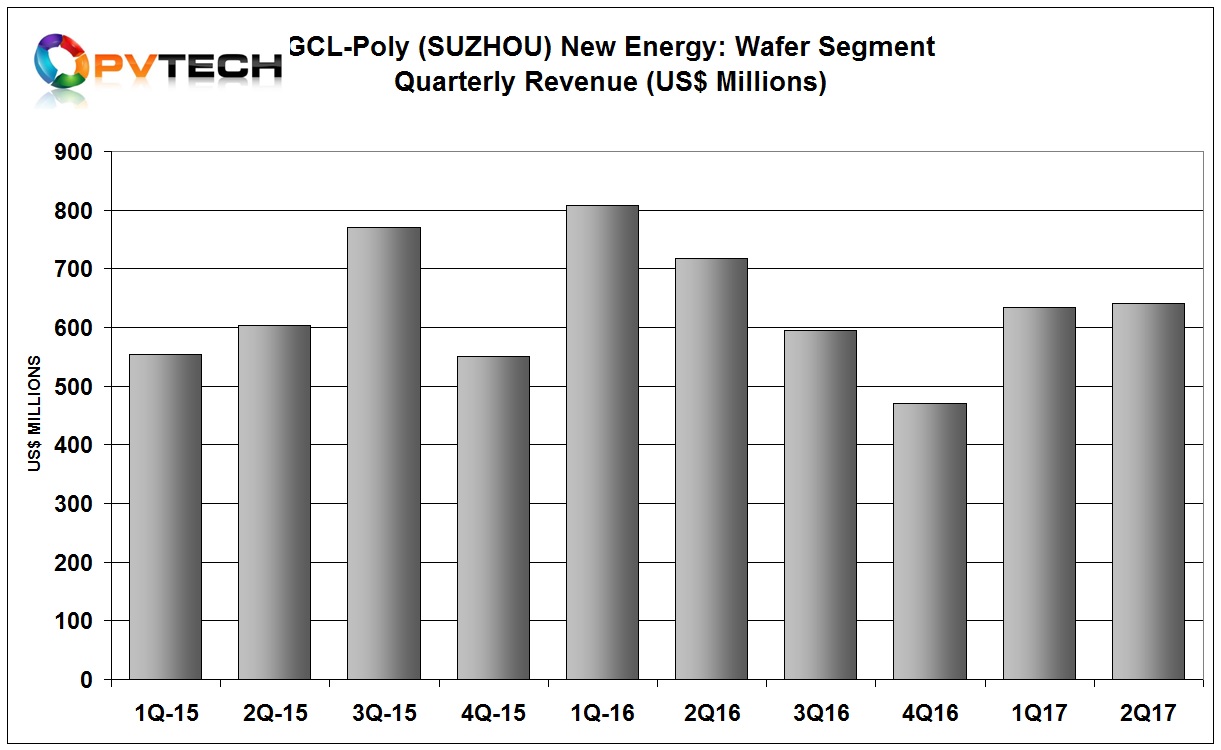