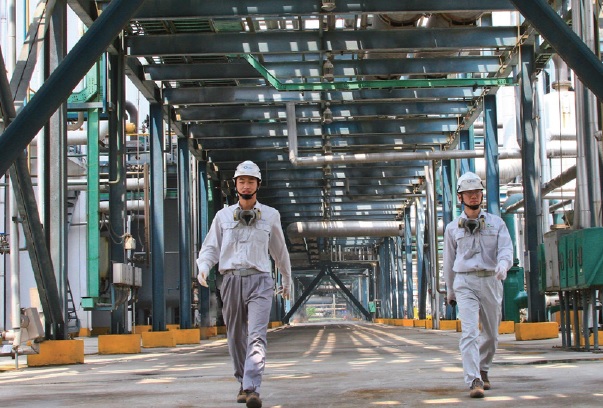 GCL-Poly had recently warned investors that it expected to make a net loss of at least RMB 1.5 billion (US$217 million) for the first half of 2020 as market demand, due to COVID-19 and other issues impacted profitability. 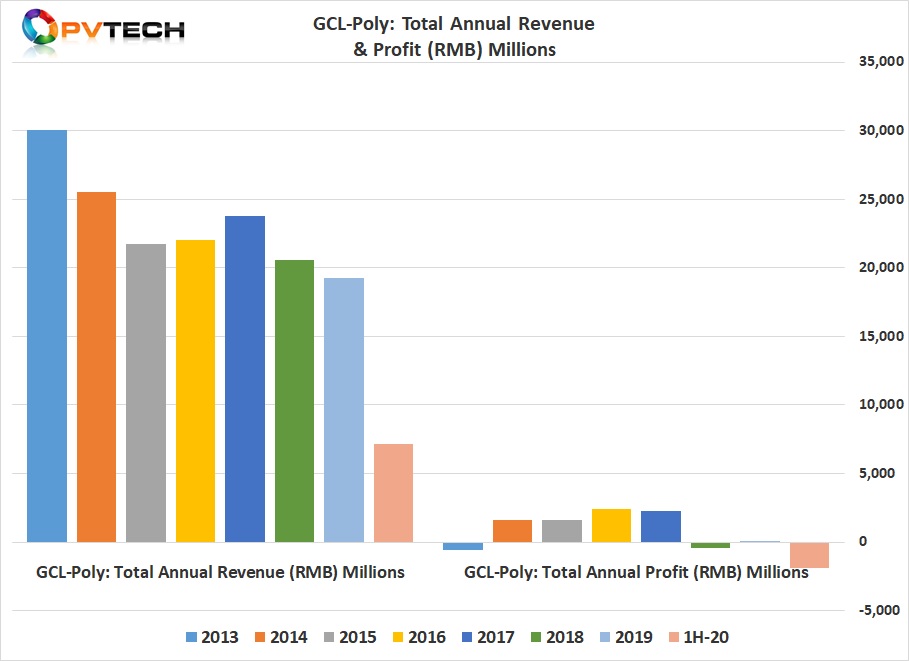 Key to the significant losses was GCL-Poly’s polysilicon business, due to a 51.1% decline in actual silicon rod production as the company disposed of a 31.5% equity interest in Xinjiang GCL polysilicon plant with a nameplate capacity of around 50,000(MT) in 2019.

Subsequently, the Xinjiang plant reportedly suffered a major incident while under annual maintenance that could keep the plant offline for as much as nine months, which remains highly speculative but has limited high-purity polysilicon supply and caused polysilicon prices to double since the end of the first half of 2020.

In the reporting period, GCL-Poly said that its annual production capacity of silicon rods at the Group’s Xuzhou base switched to producing 30,000MT of granular silicon (FBR technology) in the next few years, which resulted in silicon rod capacity declining to only 36,000MT, compared with previous annual nameplate capacity of 70,000MT.

As a result, GCL-Poly’s silicon rod production in the first half of 2020 was only 17,881MT, compared with 36,592MT produced in the prior year period. The company noted that the production volume of granular silicon reached 2,442MT in the reporting period after the switch of material.

GCL-Poly noted that its Xuzhou facility currently has a production capacity of 6,000 tonnes of granular silicon, which is expected to increase to over 10,000 tonnes within the year.

The company reported that its annual wafer production capacity increased from 35GW to 40GW, primarily to new cutting machines for thinner wafers. However, in the reporting period, GCL-Poly produced 14,328 MW of wafers in aggregate (including 7,288MW of OEM wafers), representing a decrease of approximately 2.3% from 14,658MW (including 4,006 MW of OEM wafers) in the prior year period, a  decrease of 33.9% (excluding OEM wafers).

GCL-Poly also noted that since the end of the second quarter of 2020, polysilicon prices had increased significantly, primarily driven mainly by the growth in orders backed by emerging global demand for installed capacity.

Clearly, GCL-Poly is undertaking major changes to its production setups for both polysilicon and wafer operations as the market rapidly shifts to p-type and n-type monocrystalline needs.