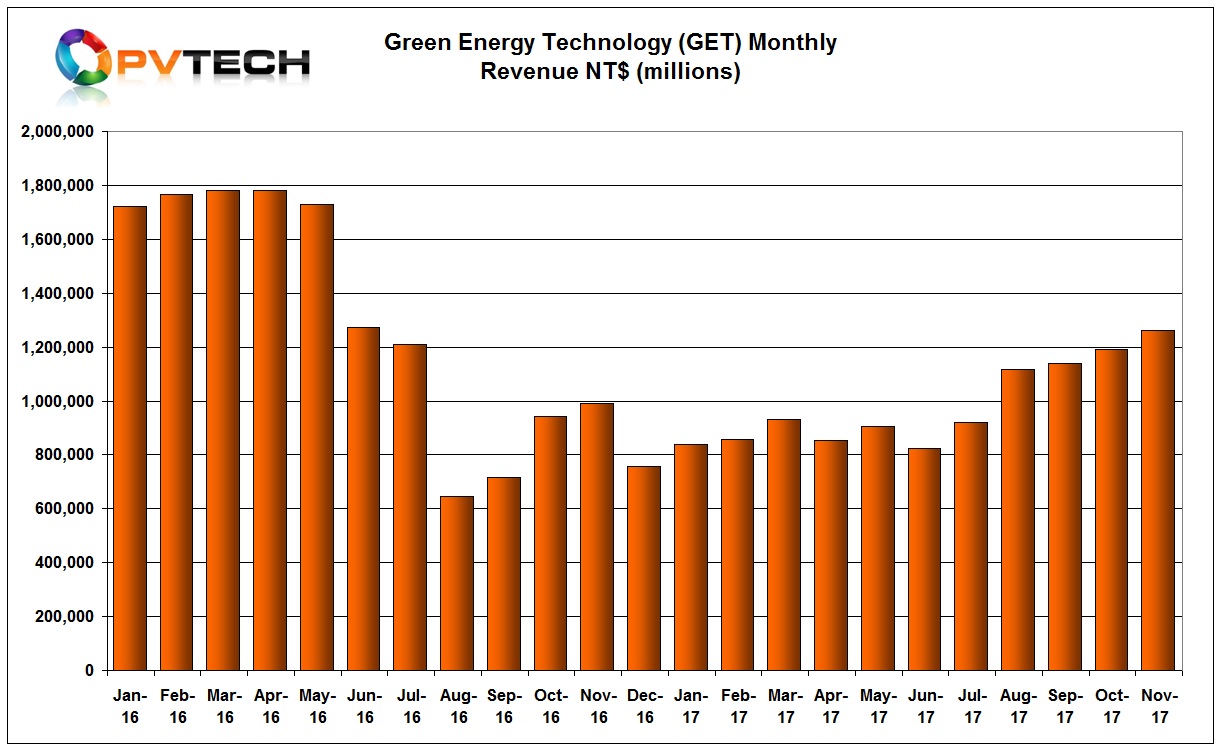 GET emphasised that it was shifting production to diamond wired with black silicon and etching technology to remain competitive and meet customer demand and acknowledged that the technology shift would be one of major trends in the development of solar.

The company said it was operating its wafering facilities at above 95% utilisation rates in November.