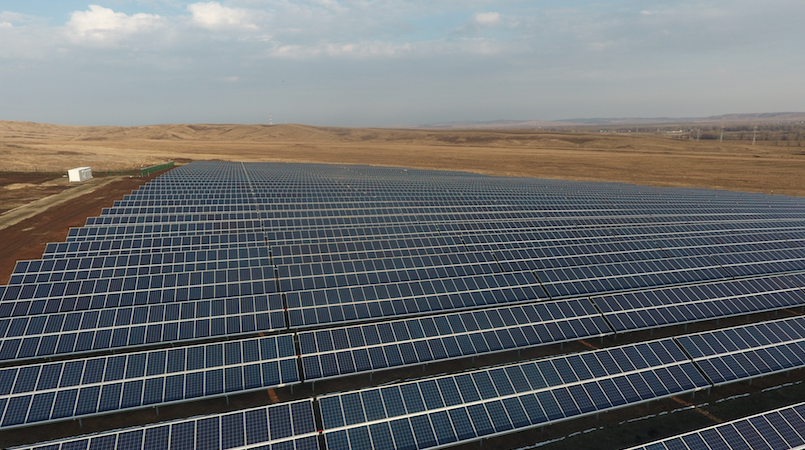 Demand for more reliable electricity from a district of the Republic of Bashkortostan, a federal subject of Russia, will soon be answered by the largest hybrid solar and energy storage project in the region to date.

Russian developer and PV manufacturer Hevel Group will build a 10MW PV plant in the Burzyan district and will issue a tender for a storage partner to provide an 8MWh lithium-ion battery system.

The area is at risk of blackouts as power is supplied to it via a 100km single-circuit transmission line with a dead-end substation, and during power outages schools and hospitals can only use diesel generators for backup power at present, a Hevel spokesperson told PV Tech.

The distributed generation system will be able to work both on- and off-grid, feeding into the grid when it is functioning or supplying power directly to Burzyan when supply from the grid is cut.

This is not the first Hevel venture into storage, having decided to retrofit a 10MW PV system that was deployed in 2014 with a smaller 586kWh battery installation from Saft as a pilot last October. The Kosh-Agach system, used for grid reliability and a range of ancillary services in the Altai region of southern Siberia should be retrofitted to the PV project in June, said the spokesperson, while the newly announced Bashkortostan project is due for completion around November.

The projects come under the ‘Distributed Generation’ investment programme. Hevel is also working on innovations in floating solar PV in Russia and parts of Southeast Asia.

“We will continue to study the technological potential of distributed generation and, based on the solar generation facilities already built, we will work out effective solutions for implementation in Russia and exports taking into account the needs of specific consumer groups,” said Igor Shakhrai, general director, Hevel Group.

The company recently commissioned a 60MW solar PV project in the Akhtuba district of the Astrakhan region of Russia and has significant PV ambitions in Kazakhstan. It has also completed a 35MW solar project in Bashkortostan in 2017.