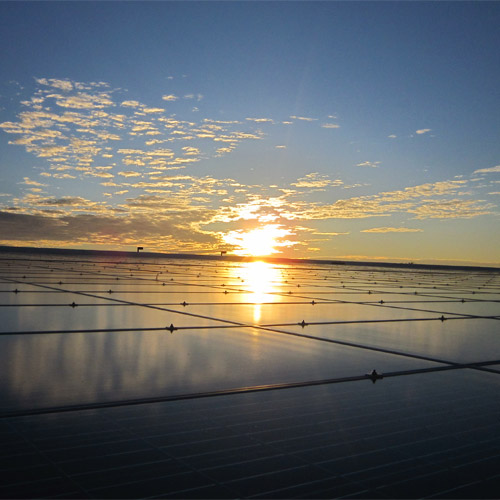 The Chinese government’s decision (531 New Deal) to curtail utility-scale and distributed generation (DG) PV deployments just after the SNEC trade show at the end of May, not only surprised the industry but has since fuelled a significant ASP decline of modules and inverters.

With questionable issues over global PV demand growth and a demand slump in China, which has been the biggest PV market for over three years, public listed Chinese PV manufacturers across the supply chain are soon to release third quarter financial results.

This is the first clear opportunity to assess the impact of the 531 New Deal on over 50 Chinese companies operating in the polysilicon, wafer, cell, module, inverter and mounting systems sectors – as well as and not least – a number of renewable energy and project developers, all highly dependent on the China market.

Over the last few days a number of listed Chinese PV companies have issued ‘Express Reports’, releasing insight, primarily into unaudited net profit (operating income) range and a brief description of the reasons for an increase or decline over the prior year period.

PV manufacturer and project developer Risen Energy highlighted in its ‘first three quarter performance forecast’ that the expected net profit attributed to shareholders would be 37.38% lower than the prior year period.

The net profit (after deducting non-recurring gains and losses) was estimated to be in the range of RMB 227 million to RMB 292 million (US$42 million).

PV module materials and N-type mono and IBC (Interdigitated Back Contact) bifacial module manufacturer Jolywood (Taizhou) Solar Technology Co has said that its net profit attributed to shareholders would be down between 29.60% to 36.81%, compared to the first nine months of 2017.

Jolywood noted that the reason for the decline in profitability was due to the 531 New Deal and as such had seen an increased level of competition on ASPs, which had forced the company to adjust pricing.

Like other China-based PV manufacturers, Jolywood has reacted to the 531 New Deal by increasing its focus on international markets. The company secured a 11.84 MW bifacial module supply deal with Unisun Energy for the Zonnepark Rilland PV power plant in The Netherlands, its first major deal in Europe.

Jolywood and UNISUN Energy are targeting total module sales of around 200MW in the European market through to 2020.

The company did not reference the 531 New Deal but highlighted that during the reporting period PV module ASPs continued to fall, resulting in a significant drop in its gross profit margin, despite the completion of a deal from 2017 to sell its small polysilicon plant operations (Zhejiang Youchuang Solar Energy Technology Co) in the reporting period.

Major PV inverter manufacturer Sungrow Power Supply said that its net profit attributed to shareholders in the first nine months of 2018 would decline by 10% to 20%, compared with the prior year period.

Although the company did not provide any third quarter financial guidance, Sungrow said that its financial performance in the reporting period had been negatively impacted by the 531 New deal, due the decrease in domestic PV installations in the third quarter of 2018.

East Group Co, owner of Vietnam-based Vina Solar reported an expected increase in net profit of between zero and 10%, compared to the first nine months of 2017.

The company also benefited from increased demand for its electric vehicle charging systems and micro-grid and energy storage product sales growth in the reporting period.

Integrated OEM PV manufacturer (polysilicon, cell, module) Tongwei Group has yet to issue an Express Report but has issued an announcement on the company’s current operational basis, due to stock trading volatility that had resulted in an ‘irrational decline’ in its share price.

The company highlighted that its PV operations had ‘maintained a stable and healthy production and operation situation’ in the first nine months of 2018.

Revenue had continued to increase in the reporting period and the company said it was confident that it would maintain a healthy and stable business.

Tongwei noted that it expected continued profitability as its manufacturing plants had remained in full production due to demand.

The company reiterated it had production capacity of 20,000MT of high-purity polysilicon and 5.4GW of high-efficiency solar cells, while its capacity expansion plans continued.

These included three major projects such as its 50,000MT polysilicon expansions in Baotou and Leshan as well as its Hefei Phase II 2.3GW PERC (Passivated Emitter Rear Cell) solar cell plant expansion and its third phase expansion of a 3.2GW solar cell plant in Chengdu, China.

The polysilicon plants would be completed and put into operation from November 2018 through to January 2019, according to the company.

Monocrystalline wafer to module producer Solargiga Energy said that its unaudited total revenue in the first nine months of 2018 had reached RMB 2,504.7 million, down 11.1% from the prior year period.

External product shipments were 1,775MW, up 3.5% from the prior year period.

The company recently announced that it had added 1GW of new module assembly capacity in the second quarter of 2018, tacking total capacity to 2.2 GW.

The company also stated that 150MW of module capacity had been upgraded for the production of N-type monocrystalline IBC cell ‘BS’ (Black Solar) modules for the high-end domestic and overseas markets, specifically for its major customer Sharp Corporation.

The new production line is expected to be put into operation in the fourth quarter of 2018 and formally commence mass production in 2019. The use of Flexible Printed Circuit (FPC) rear-contact module packaging was said to be the first in China.