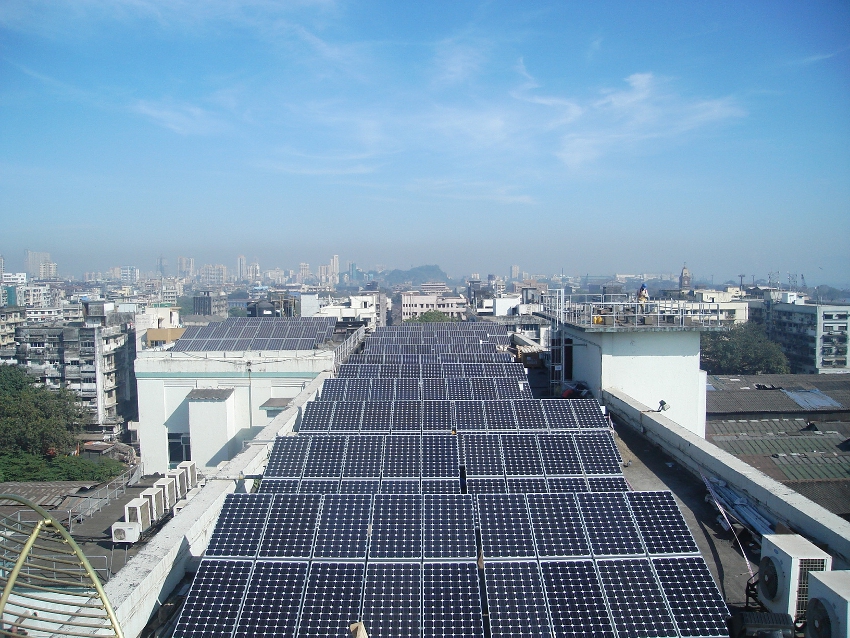 India’s Cabinet Committee on Economic Affairs has approved scaling up the budget for grid-connected rooftop solar in the country from INR6 billion (US$90 million) to INR50 billion up to 2019/20.

The Cabinet, chaired by prime minister Narendra Modi, sanctioned the scheme as part of the National Solar Mission in order to support the installation of 4.2GW of rooftop solar in the next five years.

Ministry of New and Renewable Energy (MNRE) joint secretary Tarun Kapoor announced plans to increase the rooftop subsidy from 15% to 30% at Intersolar India last November. This subsidy applies to most states, but there will be a 70% subsidy for special category states such as Sikkim, Uttarakhand, Himachal Pradesh, Jammu and Kashmir, Lakshadweep, and the Andaman and Nicobar Islands.

However these rooftop subsidies will not apply for commercial and industrial establishments in the private sector because they are eligible for other benefits including accelerated depreciation, custom duty concessions, excise duty exemptions and tax holiday.

Jasmeet Khurana, associate director, consulting, at Bridge to India, said on Twitter that state agencies, banks and the Solar Energy Corporation of India (SECI) would be disbursing the subsidy to eligible consumers.

Even though MNRE targets 40GW of rooftop solar by 2022, Kapoor also admitted that uptake in India has been slow so far, especially when compared to the booming utility-scale market in the country.

Back in November Bridge to India released its 'India Solar Rooftop Map 2016' at Intersolar India, claiming that total installed capacity of rooftop as of 31 October 2015 was 525MW, and estimating that 455MW will be added in the next 12 months. The consultancy firm also projects that 6.5GW of rooftop will be installed in India by 2020.

A government of India statement claimed that solar rooftop systems in India can generate power at around INR6.50/kWh, which is cheaper than energy from diesel gen-sets.

The stae of Chhattisgarh government has also recently made it mandatory for new buildings of government, semi-government and institutions to have roofotp solar.

14 September 2022
Join us in London for 2 days as we look at the UK’s new landscape for utility & rooftop solar. Understand the new opportunities within this GW-plus annual market!
india, mnre, rooftop, tarun kapoor